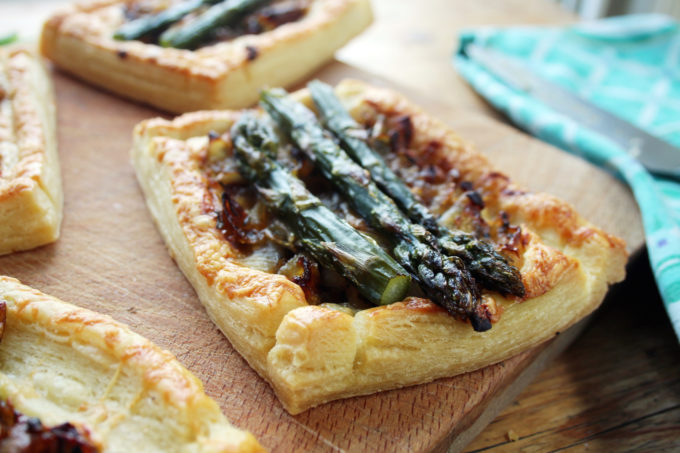 With the ‘year-round’ availability of most fruits and vegetables these days it’s hard to remember a time when you had to wait for your favourite food to come into season before you could eat it.  Of course there’s been a huge movement for a number of years back to a more sustainable, seasonally and locally sourced way of shopping and eating but we’ve come so far down the line of poly-tunnel planting that I can’t really imagine anyone gong back to a time when plump tomatoes or juicy strawberries aren’t available when and where you want them.  Of course as the consumer, we have the power to make the change.  Little choices in the food we buy can make a big difference down the chain… Take asparagus for instance.  Once was a time when asparagus was the most expensive item in a restaurant let alone the shopping basket.  It was seen as a luxury food and this was down to its narrow growing season and window of availability.  You can now pretty much get asparagus all year round but you’re paying for those airmails in more than one way and this is where we have a choice.  If you choose to eat British asparagus only when it’s available then you’re letting your supermarket know that asparagus flown thousands of miles from Peru is not acceptable.  It’s totally unnecessary. Plus it makes the eating of your asparagus so much more of a treat.  Something to look forward to.  Something to mark the seasons and surely there’s pleasure in that? 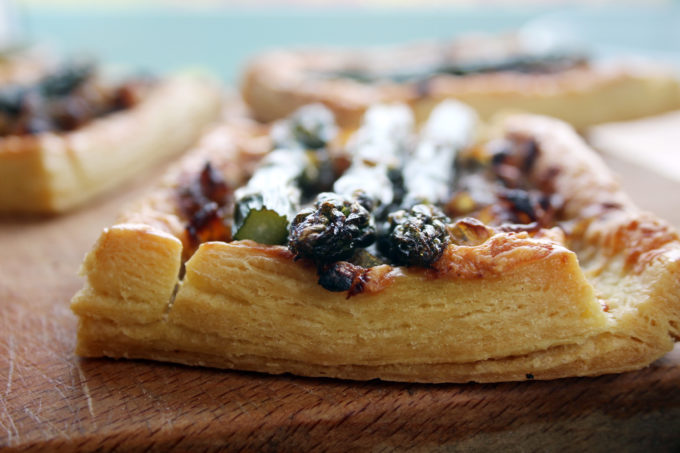 this little tarts are a celebration of the season and they’re essentially a pastry vehicle to deliver glorious asparagus to my mouth!  I’ve made some homemade ruff puff pastry and we’re talking really very ruff puff here.  From thinking about making them to eating them was under two hours on a lazy Sunday.  With the ruff puff just remember to use cold, if not frozen butter, thickly grated and then instead of resting the dough in the fridge for 30 minutes, pop it into the freezer for 15… It’s by no mean the most perfect or prettiest puff pastry but it tastes so good.  If used loads of really fresh herbs as I have them available outside in the garden and May is THE season for stunning soft and juicy fresh herbs. These are great for a light lunchtime snack or even a starter for a fancier meal.

for the ruff puff pastry

flour your work surface and roll the dough out into a largish rectangle, then gate-fold the dough – which means folding the bottom half of the dough up to the middle and then folding the top of the dough down over this, then roll this out to a flat shape with your pin – wrap in cling film and pop in the freezer for 15 minutes.

repeat this rolling a folding at least 3 times more, then pop it back in the fridge

meanwhile (between the folding and rolling) caramelise your onions.  I use a large shallow casserole dish with a lid which I heat to a medium, add plenty of butter and a little olive oil, then add the onions, pepper and fresh herbs and a dash of sugar and let them sizzle away, stirring occasionally, for at least 30 minutes or until they are all gorgeous and golden.  Once they’re nice and golden, lay the asparagus spears on top, turn the heat down to low and place the lid on the pan and let it all sweat for about 5 mins until the asparagus is beginning to soften – set this all aside

roll out your pastry to accommodate 6 roughly evenly shaped oblongs (but don’t worry too much here) and then score the pastry into the 6 oblongs, then score roughly half a centimetre inside and outside each of these lines, so the whole thing looks like 6 tennis courts!

brush the whole thing with beaten egg then sprinkle with the cheddar, then lay the onions into the middle of each scored oblong followed by the asparagus 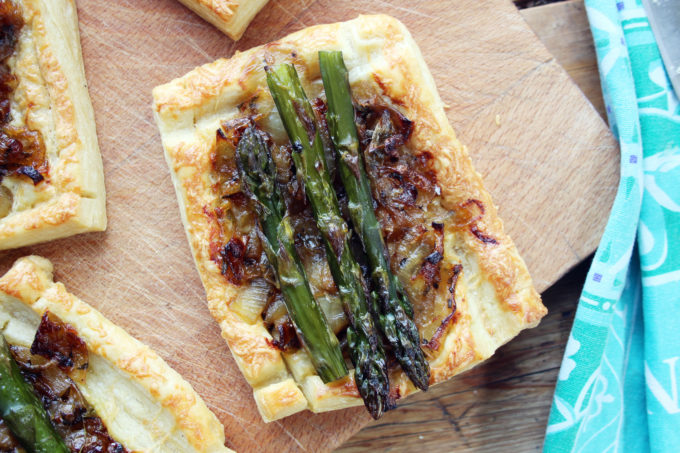