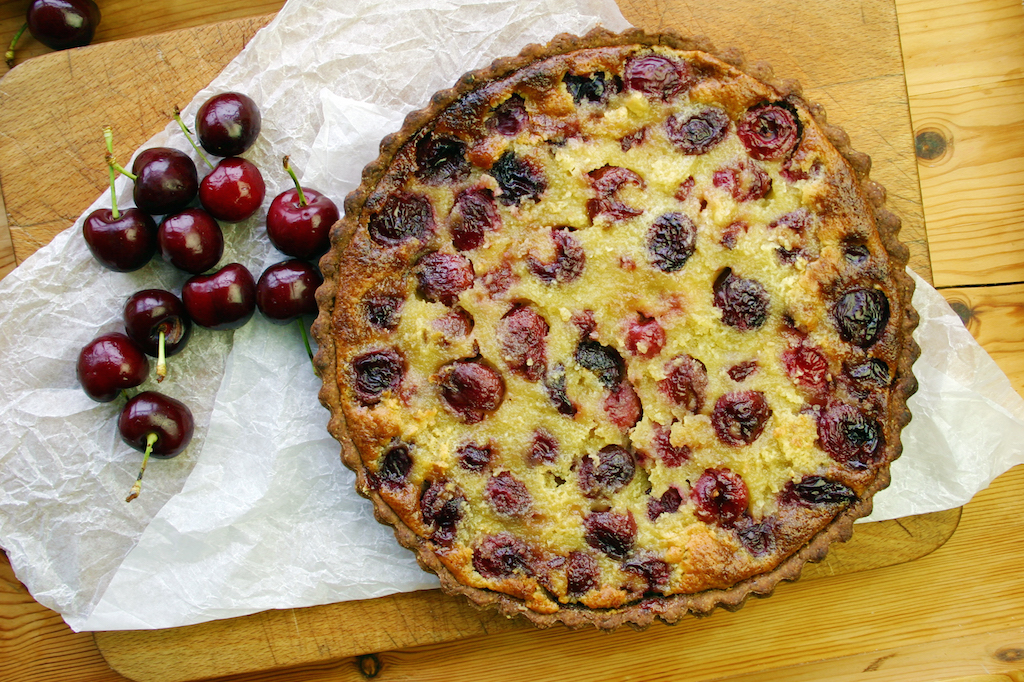 … I’ve managed to sneak back to the cottage for a couple of days.  The Viking had to stay in London, something that he particularly dislikes at the weekend but insisted that I go home.  Don’t for a moment think, dear reader, that this was some kind of selfless sacrifice.  Oh no.  I was given precise instructions for dead-heading flowers and recording the motorbikes.  I’m not entirely sure which has priority but I’m pretty convinced if he could drag the TV out into the garden he wouldn’t actually need me at all.  To be fair, I understand his passion for the garden.  He has transformed what was once a lovely but rather plain strip of grass and boarders into a stunning traditional cottage garden.  The beds are frothy with bee-loving flowers and he’s planted it with a sort of un-trained, wild abandon which has given in such a natural feel.  Last year we even reclaimed back part of the over-wide driveway and extended the beds at the front of the house and so our view over the wolds as we sit and drink our morning coffee is one of utter beauty and tranquility.  The Viking started truly working on the garden at the same time that I started my blog 5 years ago.  The recession was in full swing and business was quite which meant we both had more time on our hands.  Thankfully we both found creative outlets that allowed us to express and I think we’re appreciative of this in our own ways.  Even though I occasionally cook in the London flat I itch to get back to my kitchen at the cottage and I know The Viking feels the same way about wearing his gardening gloves. It allows him to breathe and be more than just a cog in the machine… during late May and early June our garden looks its absolute best so I do feel very privileged to be here and witness it in all its glory… 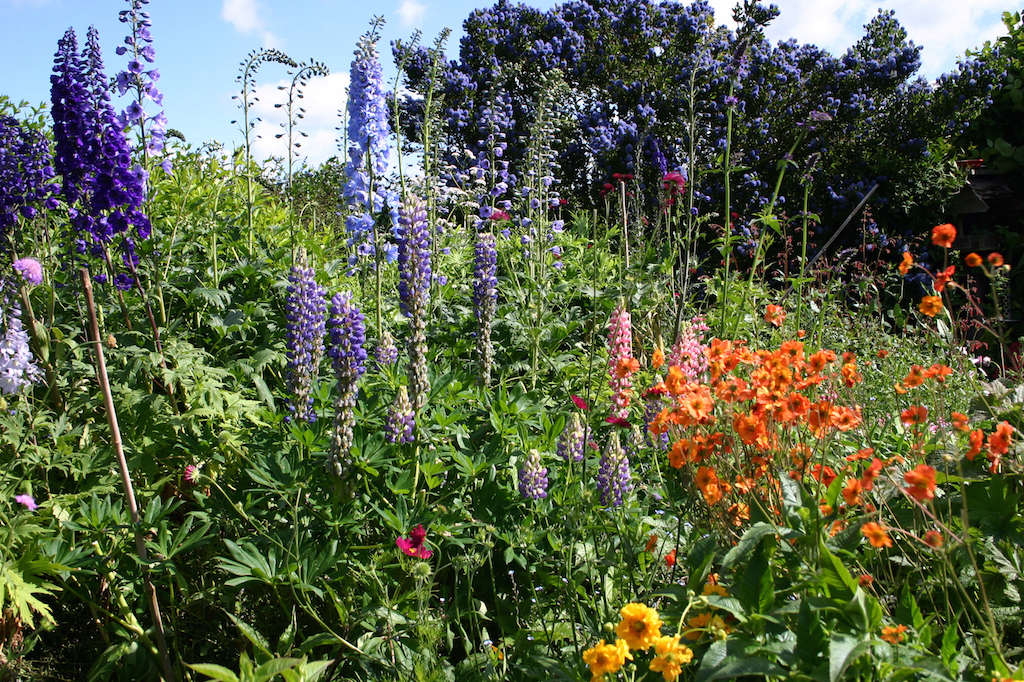 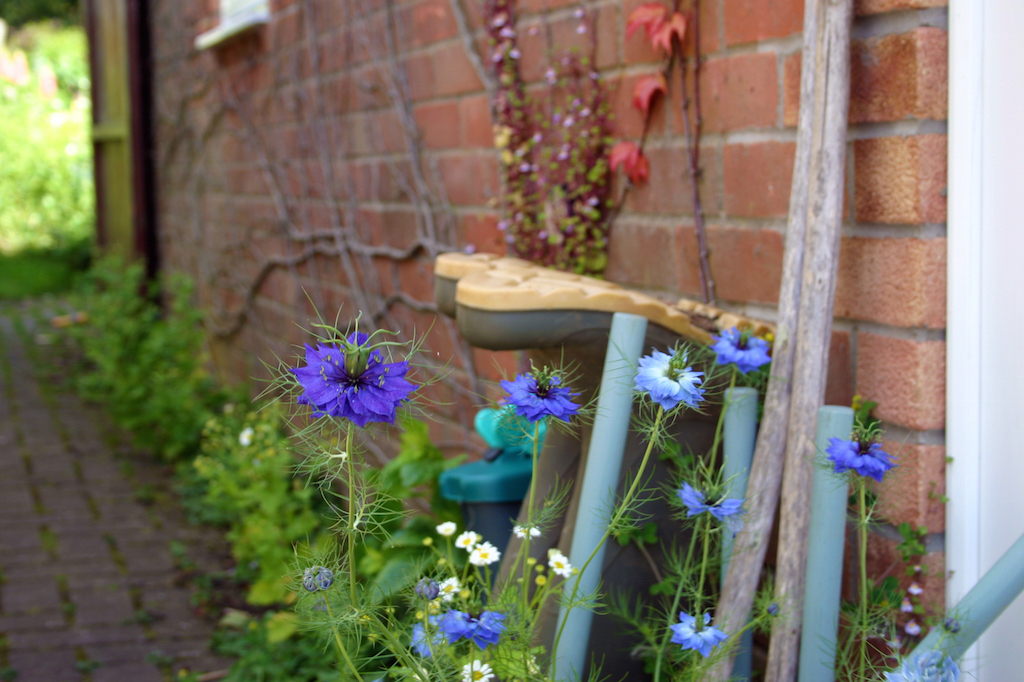 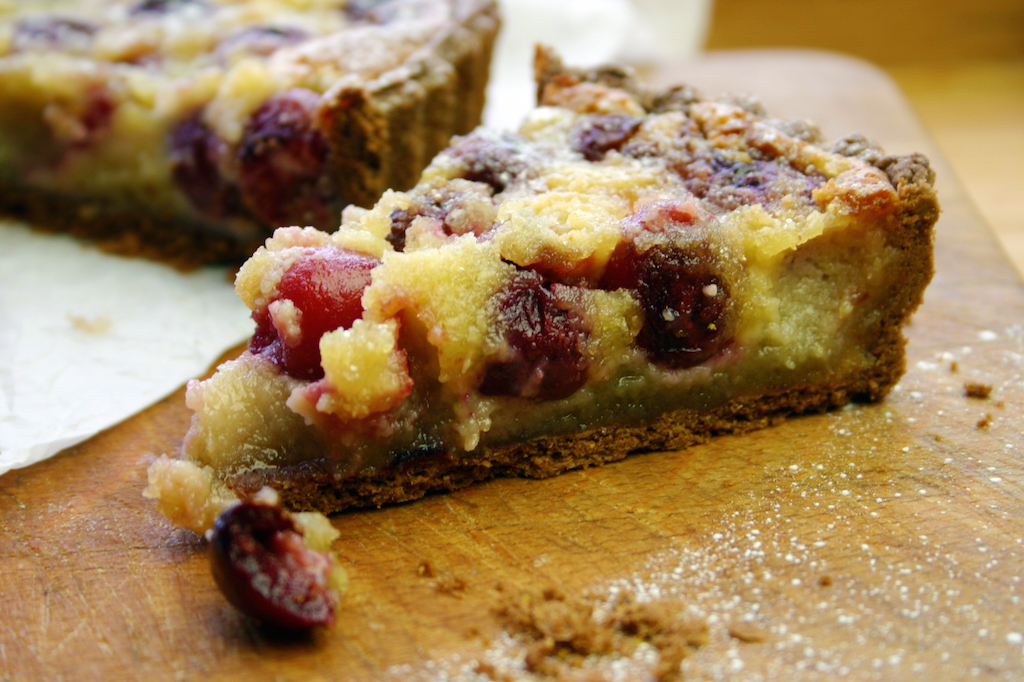 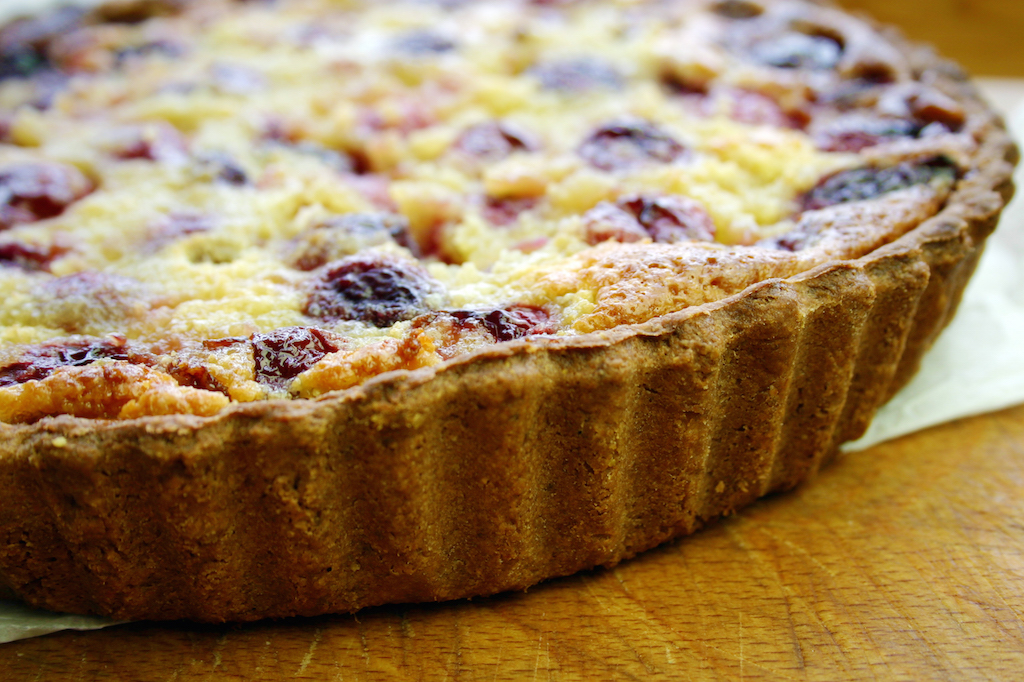 make the pastry by all the ingredients to a large bowl and beating together with a knife, add a little water to form a dough. flatten it out onto cling film, wrap it and leave to rest in the fridge for 20 mins

pit your cherries and set them aside
make the filling by placing the sugar, ground almonds, butter, egg and egg yolk in a bowl and beat well to make a paste, then stir in the cherry brandy and chill for 20 mins.
pre-heat oven to 160C. and grease a 23cm fluted, loose-bottomed tart tin
roll the pastry out onto a floured surface and line the tin. Fill it with baking parchment and baking beans and bake for 20-25 mins, removing beans and paper after 15 mins.
spread the almond paste onto the base of the pastry then cover the top with the pitted cherries and bake for 25 mins until darkly golden – let it cool completely before serving 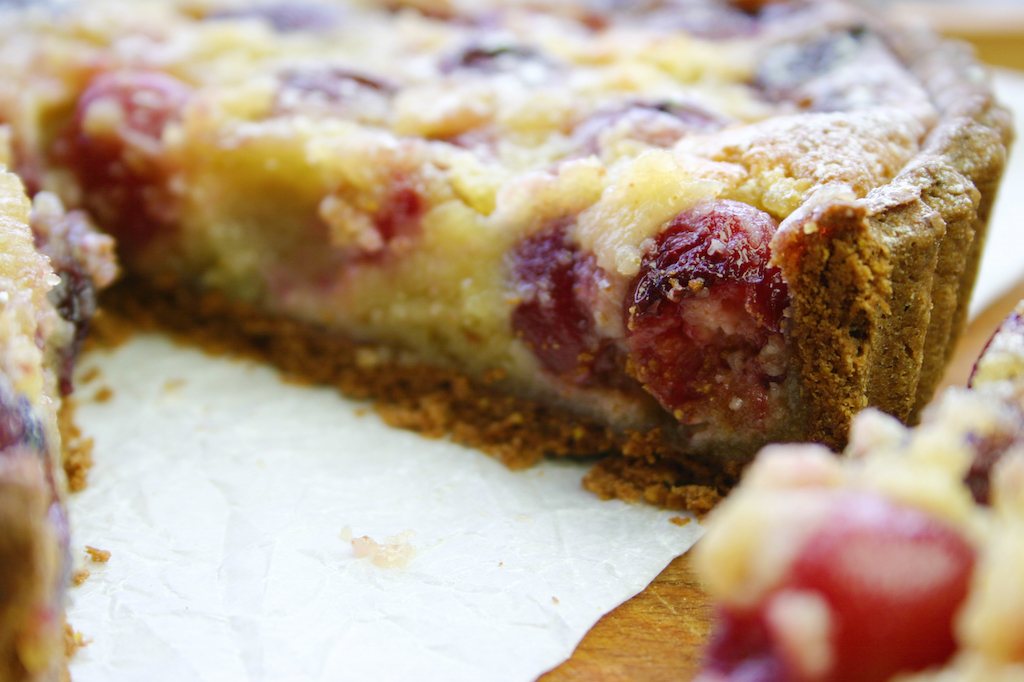