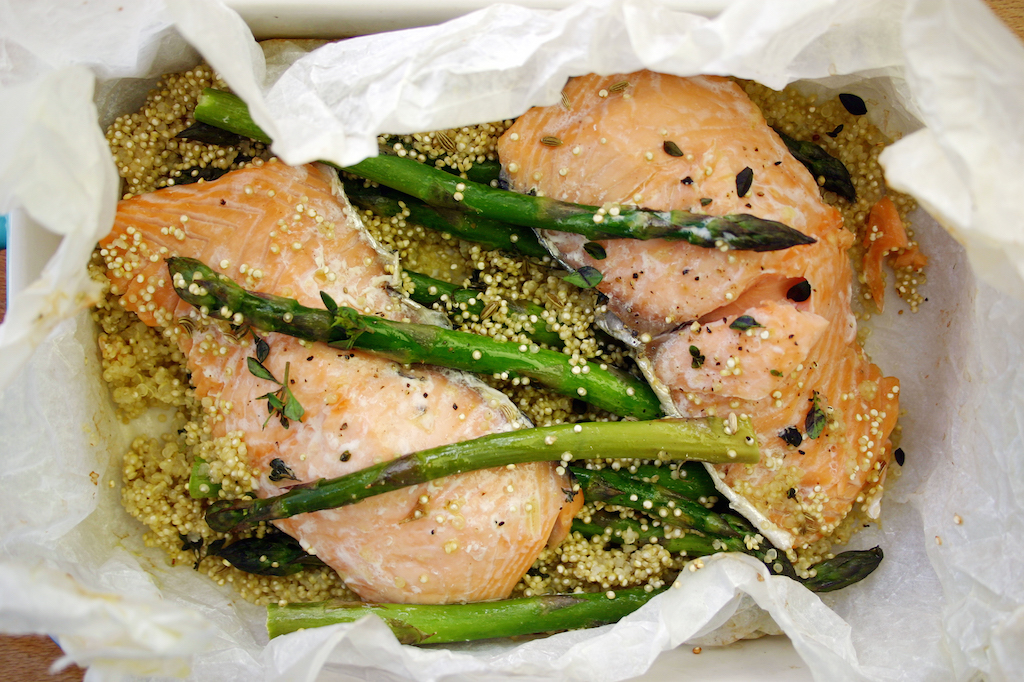 … naturally and historically the best easy fast-food is mostly based on a carb-heavy layer with protein on top… think of the pizza, the burger or the humble sandwich.  Throughout history this food has made the most sense, many of them pre-date and in fact have no need for cutlery to eat.  They are peasant developed hand-food and all of them glorious.  Frustratingly whilst on my #AlternativeEatingPlan or a low carb diet, I can’t simply ‘grab a sandwich’… I have to plan ahead and most of the stuff I have to eat has to be eaten with a fork.  We’ve been doing a lot of late nights at the office recently – I even pulled a 38 hour shift straight through and of course when the team want pizza at midnight I can hardly say ‘sorry guys, it has to be carb-free’ because then i’d sound like (and indeed be) an utter dilbert… I just wish someone would open a restaurant just for the low carb lover… it would have lettuce wraps, cucumber subs and big bowls of gorgeous pre-made salads heavy with flaked fish or chicken so whilst you scoff on your pizza slice I can join you without everyone having to change their eating plan… 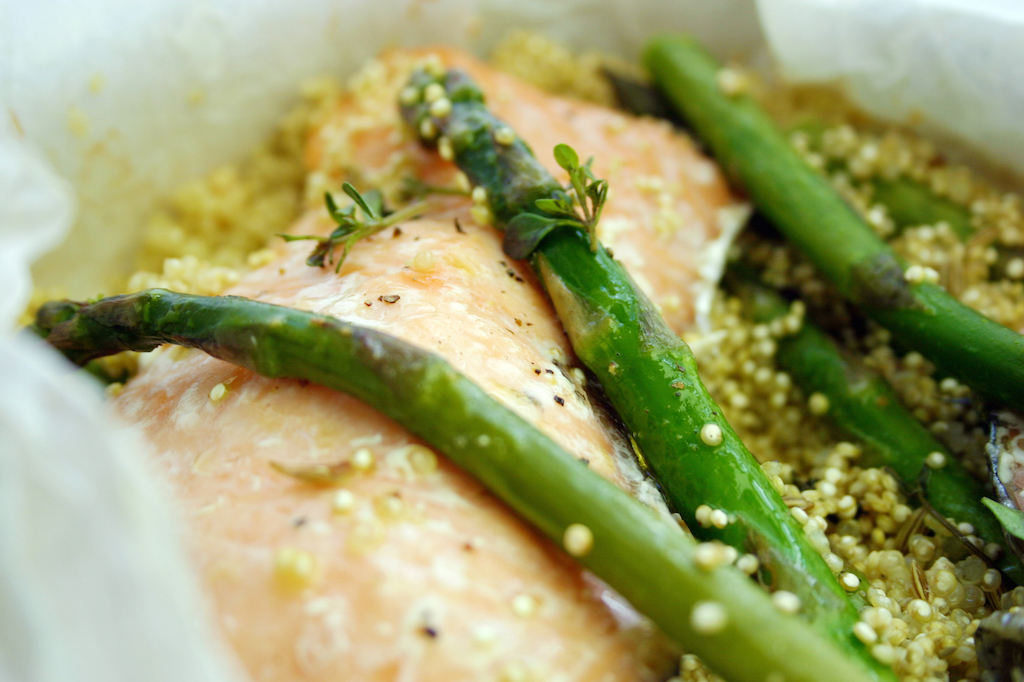 oven roasted quinoa with salmon and asparagus
there’s a certain rather lovely middle-class supermarket chain that I go to nearly every day for my lunch because they have the most wonderful selection of quinoa salad pots.  I’m crazy for quinoa and if you haven’t tried this ancient south american grain yet you really must give it a go.  It is as easy to cook as bulgar wheat or rice and a great alternative to both.  I’ve actually never cooked the stuff before but then we don’t eat a huge amount of rice, pasta or grains in this household so finding an alternative was never an issue but now that we’re cutting down our gluten intake and reducing carbs quinoa seems to be the ultimate weapon… Most instructions on how to cook suggest boiling it but because I’m keen on making authentic one-pot dishes at the moment I wanted to try roasting it… as it happens it turned out to be a great way to cook the quinoa and the asparagus at the same time giving them both a little roasting and boiling… I was supremely impressed and will be making this dish again many times i’m sure…

spread the raw quinoa onto this baking parchment and lay the asparagus on top, sprinkle with a little olive oil and season well with salt, pepper, fennel seeds and fresh lemon thyme and bake in the oven for 8 minutes

season the fish well with salt and pepper and then after the 5 minutes remove the dish from the oven, carefully open the paper and lay the fish on top, close the paper over the whole lot and place it back in the oven for a further 10 minutes until the fish is beautifully pink and the quinoa is fluffy and plump 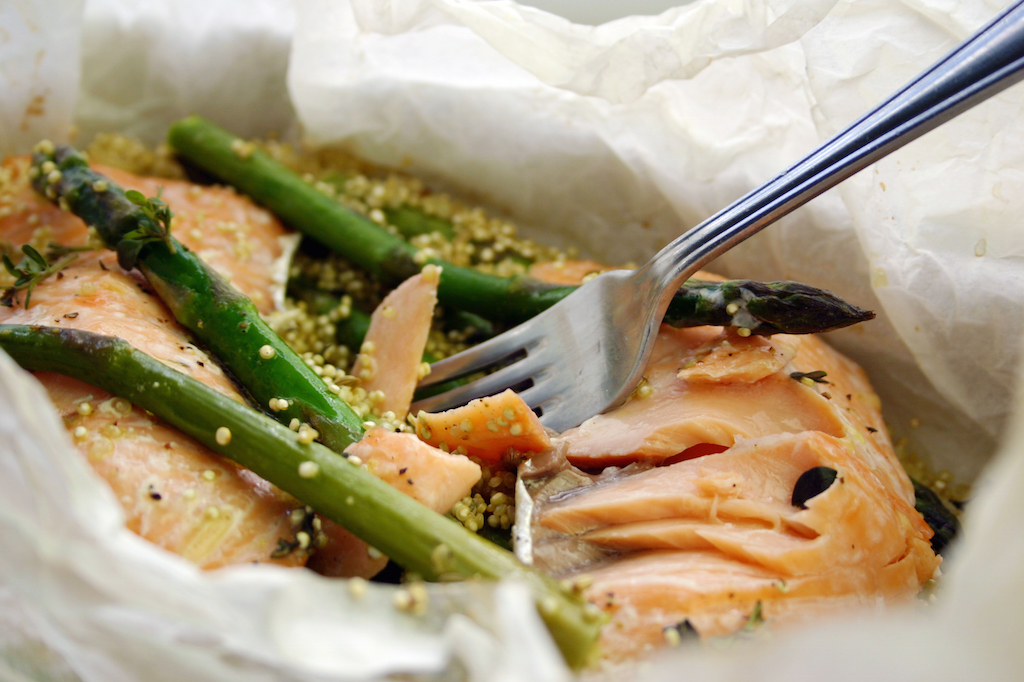