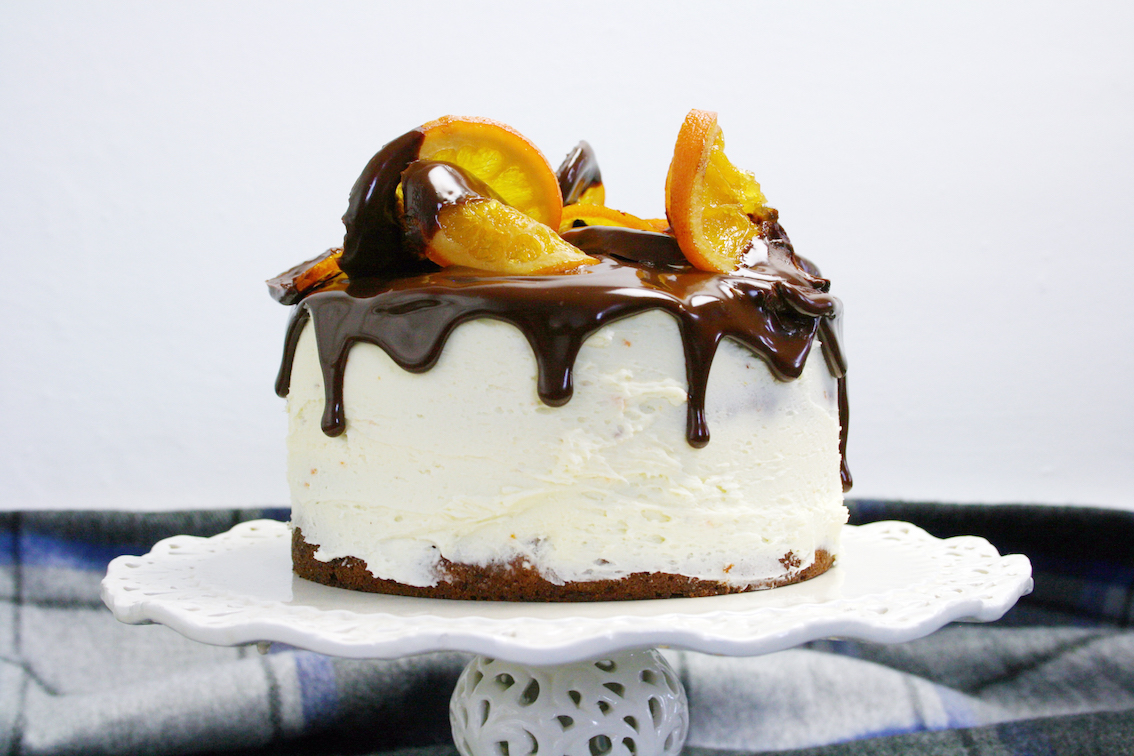 … i’ve been clinging onto this cold for over two weeks now and quite frankly i’m a little fed up.  I’ve not really been able to stop but we’ve officially finished work for the year now and so we’re up at the cottage finally starting our festive break… I just need to break the back of this cold.  It’s left me with no taste and no appetite and this has kind of meant no appetite for blogging.  I was with good friends the other day and one of them told me they were looking forward to being inspired by all my cooking but to be honest I need inspiring myself, I just can’t seem to get into a cooking groove.  It could be this cold or it could be that and a combination of this ludicrously warm weather.  60 degrees this weekend.  Utterly ridiculous.  One of the reasons we missed Christmas so much last year whilst we were in California was because of the lack of a chill in the air – being from the British Isles we’re really used to a cold and sometimes snowy Christmas – so this really won’t do… i’m more in mind to eat salad than roast a bird… i’m hoping some boiling clementines filling the kitchen with the fug of citrus aromas will do the trick… 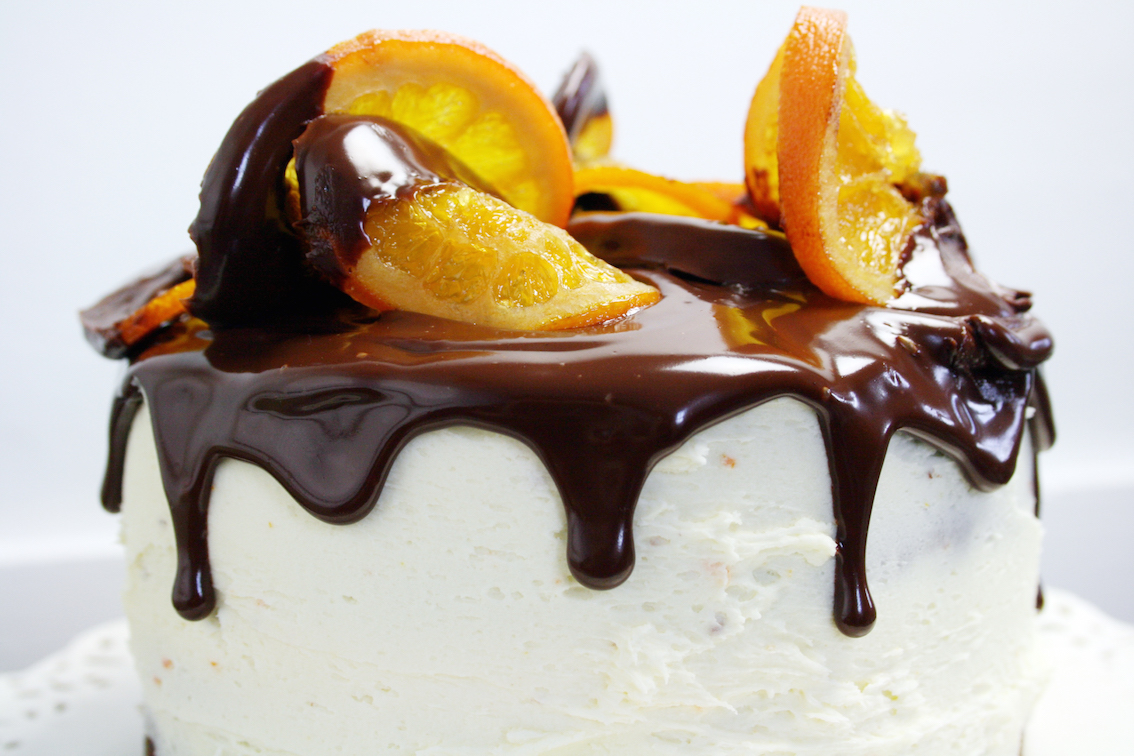 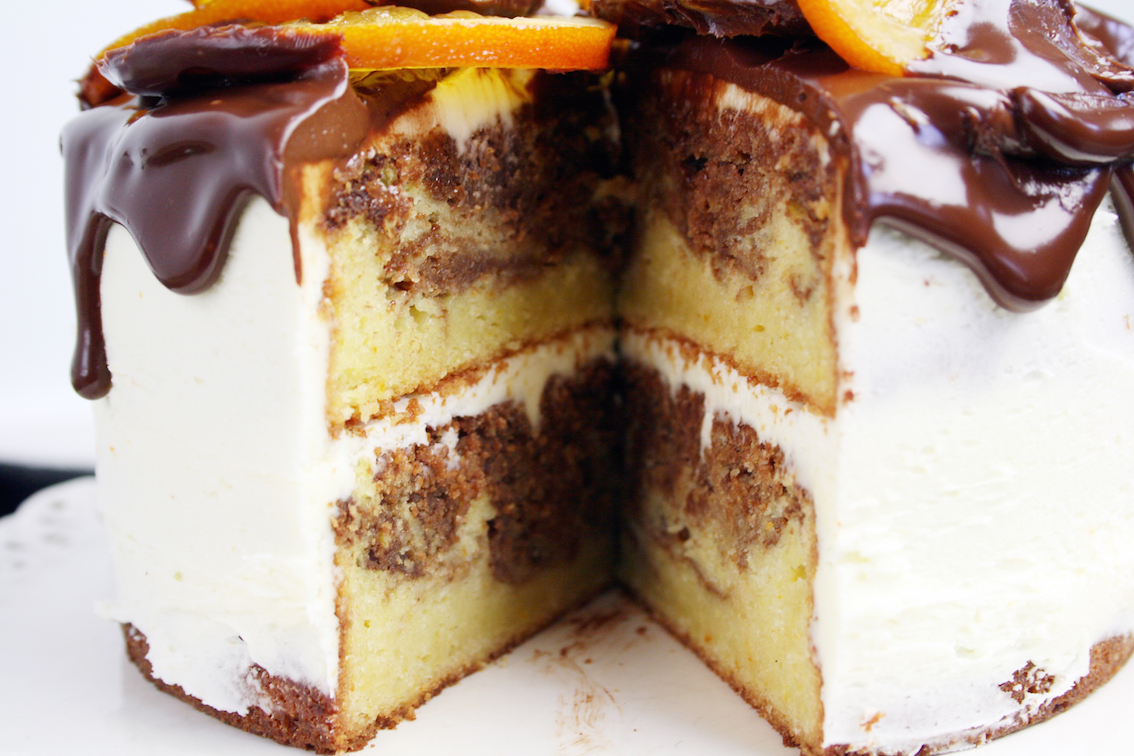 chocolate clementine marble layer cake with marmalade ganache and candied oranges
this is an adaptation of Nigella’s infamous clementine cake which is a flour-free cake that I have made to great success many times… it’s a very wet, egg-heavy, almost cheese-cake like cake, which is wonderful but I was after something with a more traditional crumb texture and still with the added moisture of the boiled clementines.  I’ve added the chocolate for a little extra richness and it makes this very much a bitter-sweet cake but with all the sweetness around at this time of year, it’s exactly what i’m after.  This cake is Christmas to me.  The house fills with the aroma of the clementines and it settles me into place… I make this cake when i’m finally back at the cottage and all is good again with the world.

place the whole, unpeeled  clementines into a pan of cold water and bring them to the boil and boil them for 2 hours… check on the water level regularly as it will need topping up, after two hours, drain and set aside to cool slightly

in another, large bowl, beat the sugar and butter until soft and light and creamy (roughly 5 minutes) and then beat in 2 of the eggs, followed by half the flour and almond mix, then beat in the last 2 eggs and the rest of the flour along with the vanilla paste

use a hand-held stick-blender to blitz the clementines to a smooth pulp, then add them to the cake batter and stir them in thoroughly then divide the batter between the two cake tins

melt the chocolate very gently in the microwave and then pour over both cakes and use a spatula to stir the chocolate into the cakes – you want a rough marbling, not entirely mixed in

bake on the same shelf for 30 – 40 minutes, then remove from the oven and set aside to cool on a wore rack until cool

decorate in a manner to which you see fit…I found this wonderfully easy candied orange recipe on the Coriander Queen blog… then I have used the butter cream icing to sandwich the two layers of cake together but you could use cream or even mince meat, or a simple chocolate ganache would work superbly or try a marmalade ganache as I have done here 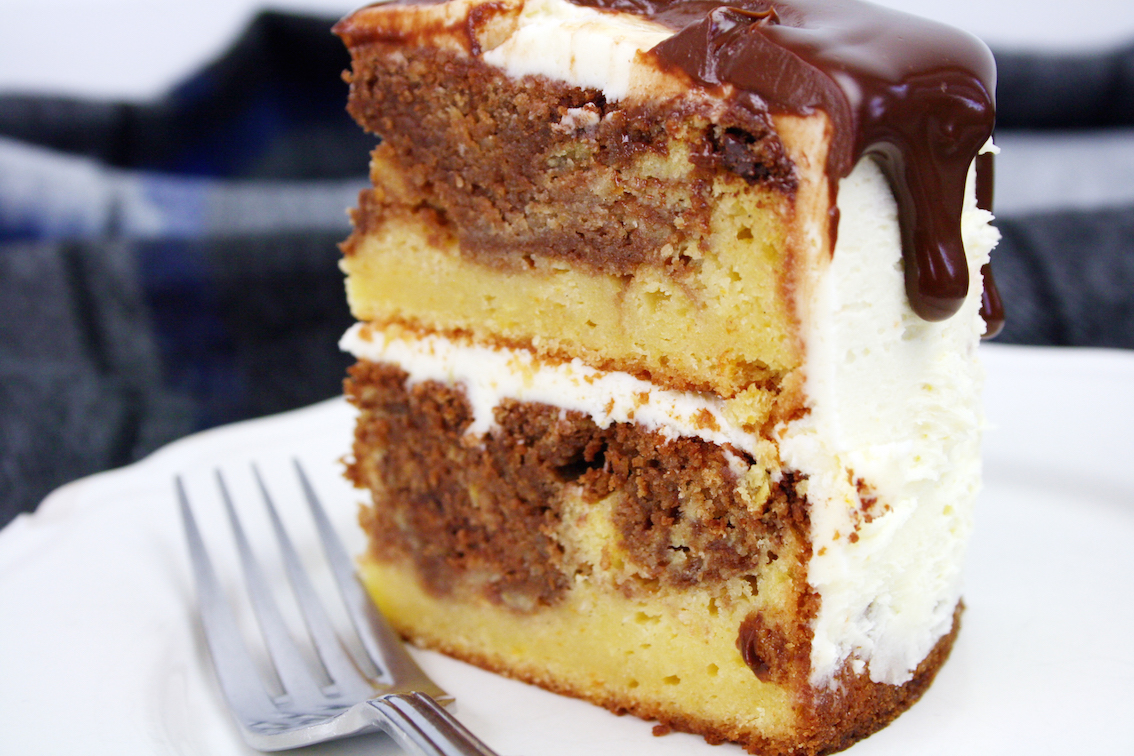