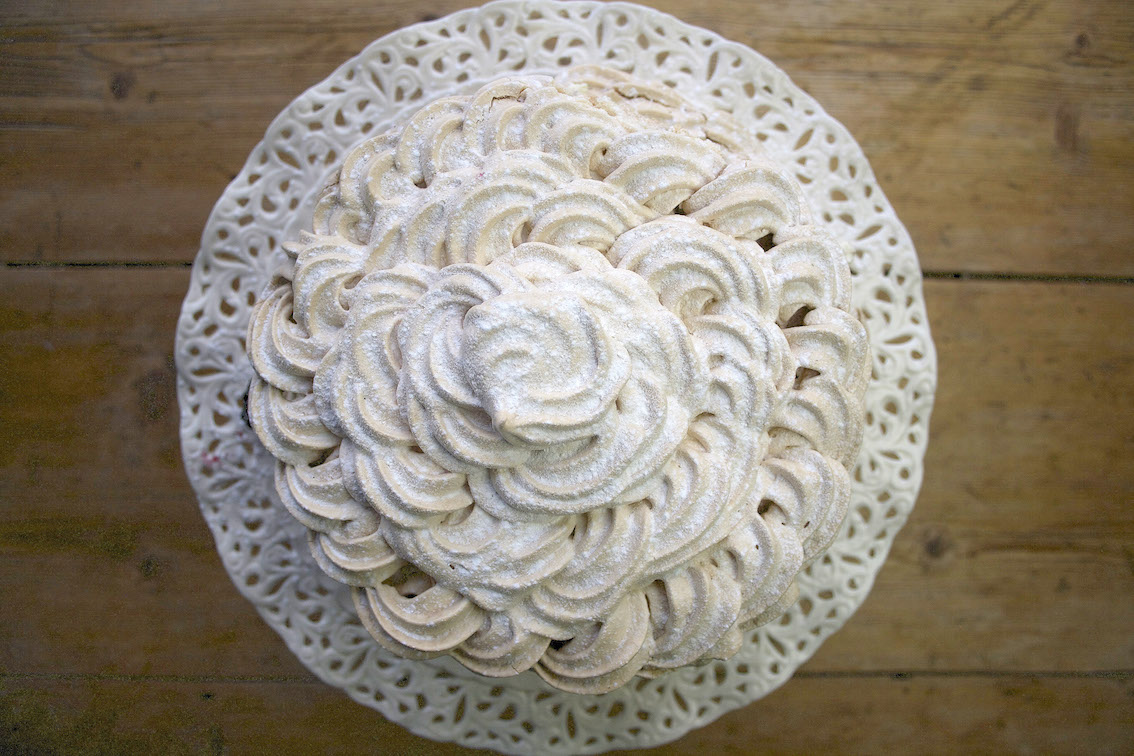 …when I was a kid there were two special desserts that my mum would make for special occasions and Friday Night Dinners… one was her incredible Chocolate Roulade with Chestnut Cream (make it… you will NOT regret it…) and the other was a fresh berry pavlova.  I think she may have made the roulade more often but they were both hugely successful and they were both very very good.  It was the 70’s and 80’s after all and these classics are still such knockouts because not only do they taste brilliant – come on, cream and meringue with either chocolate or berries – you’d have to be dead not to enjoy these and even then i’d probably still think you could – but they also look really impressive without actually being that tricky to make.  Yes, they both look as though you’d need a degree from Leith’s to even attempt but they are in fact both very forgiving desserts and actually work better with a few cracks and crumbles… and there’s always all that cream to smooth over any issues… 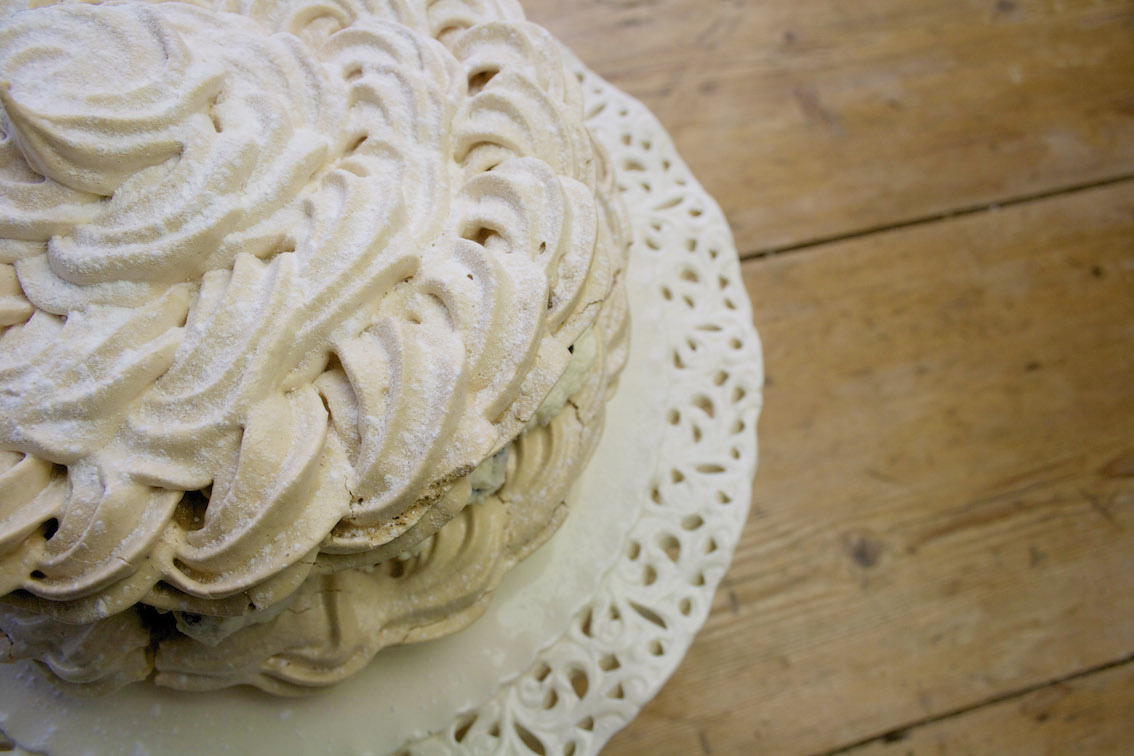 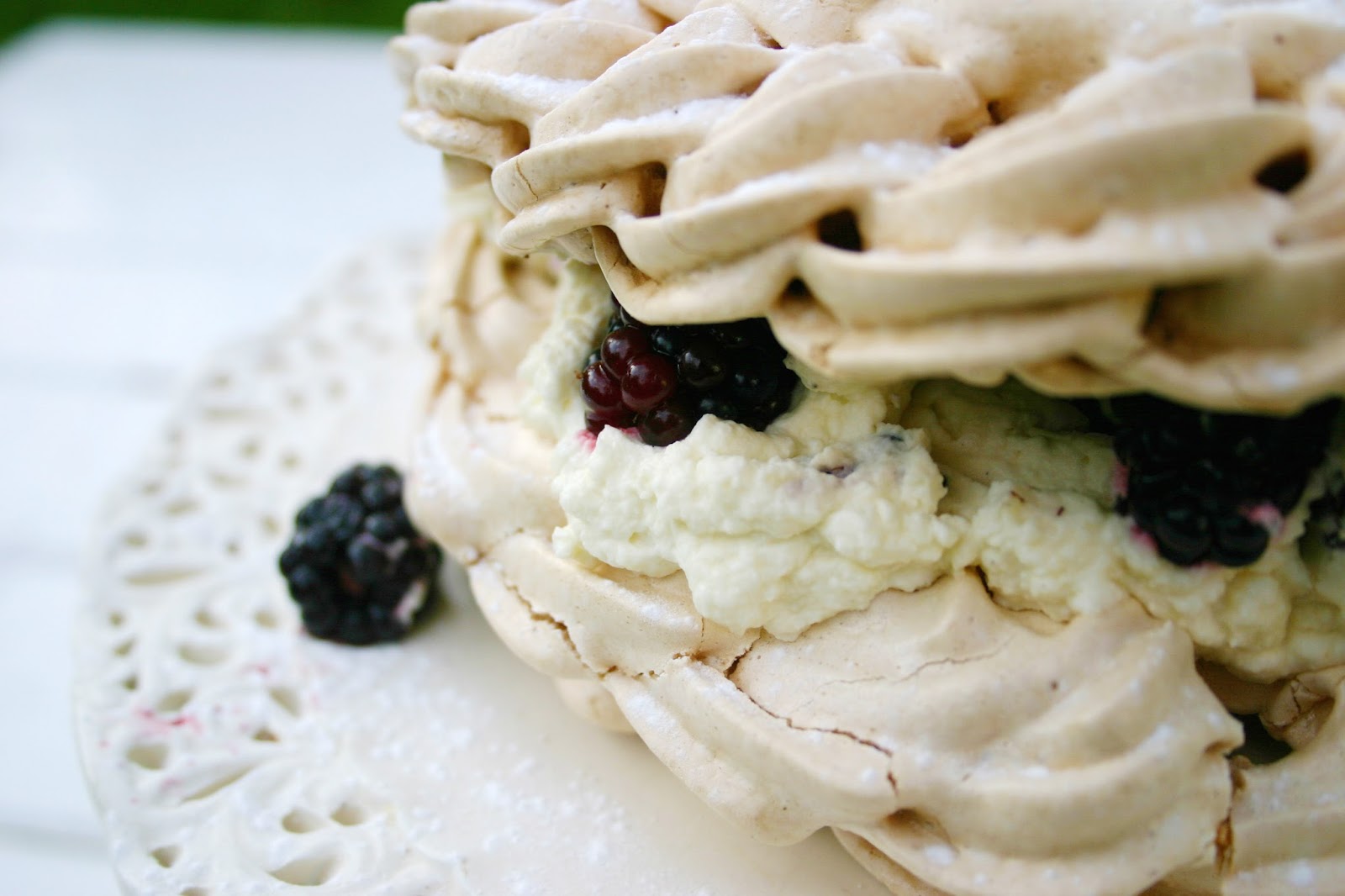 white chocolate and blackberry pavlova
I do not have a good history with egg whites… try as I might, I have as yet, failed to make a decent macaron and my meringue skills stay very firmly in the eton mess category, so the fact that this pavlova has turned out as pretty as it has is quite the miracle.  I thinkI must have just been having a good day and even though I made the rookie mistake of marking my circles out on the same piece of parchment, trying to make room on one baking tray meaning that the two disks of meringue melded together slightly on one side… I think I’ve managed to get away with it.  Well it’s quite amazing what a gallon of whipped cream will hide, isn’t it…

pre-heat the oven to 150C and line two baking trays with parchment paper… using a pencil, draw around a 6 inch bowl twice to create two medium guide circles, one on each tray

to make the pavlova, place the egg whites in a large bowl and beat them for about 8 minutes or until firm peaks form – I use my electric double whisk set to medium but a balloon whisk on a mixer would be ideal for this job

keep the mixer turning and slowly add the sugar and salt, tablespoon at a time and then once it’s all been added turn the speed up to its highest setting and whisk for 8 minutes until the eggs are thick and glossy and the sugar has fully dissolved

bake in the oven for 1 hour until the meringue are crunchy on the outside and still soft in the middle – remove from the oven and set aside on a wire rack until completely cold – if you’ve used golden caster sugar like me, your meringue will be a subtle cream colour…

gently melt the white chocolate and set aside whilst you whip your cream into glorious thick billows, then gently combine the cream and the chocolate.. it can tend to go a bit ‘cottage cheesy’ but it still tastes amazing!

tip half the blackberries into the chocolate cream mix and stir together, then spoon half the mixture onto one of the circles of meringue, place the second circle on top and spread the remaining cream onto this and decorate with more blackberries

this months we should cocoa bloggers challenge has the theme of blackberries which is perfectly timed as there’s quite an abundance of wild brambles everywhere at the moment.  many of my blogger friends have complained of a poor yield this year but up here in Lincolnshire they abound in abundance… we should cocoa was founded by Choclette from Tin and Thyme and is hosted this month by Kate from The Veg Space 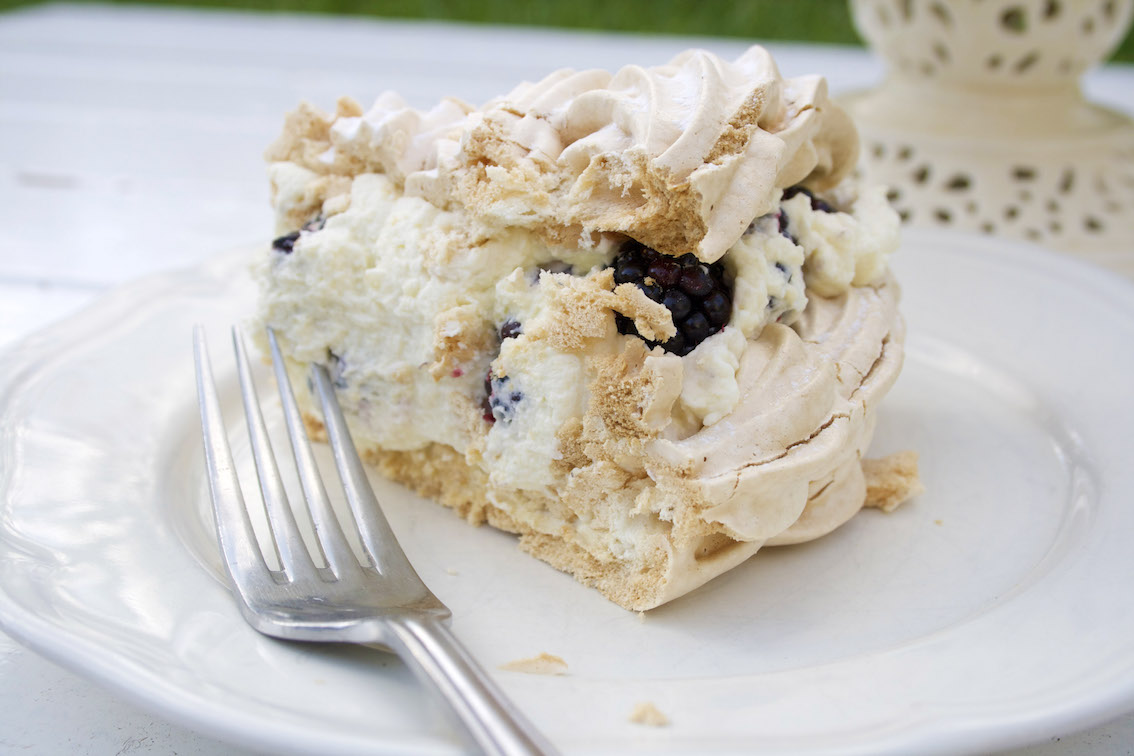 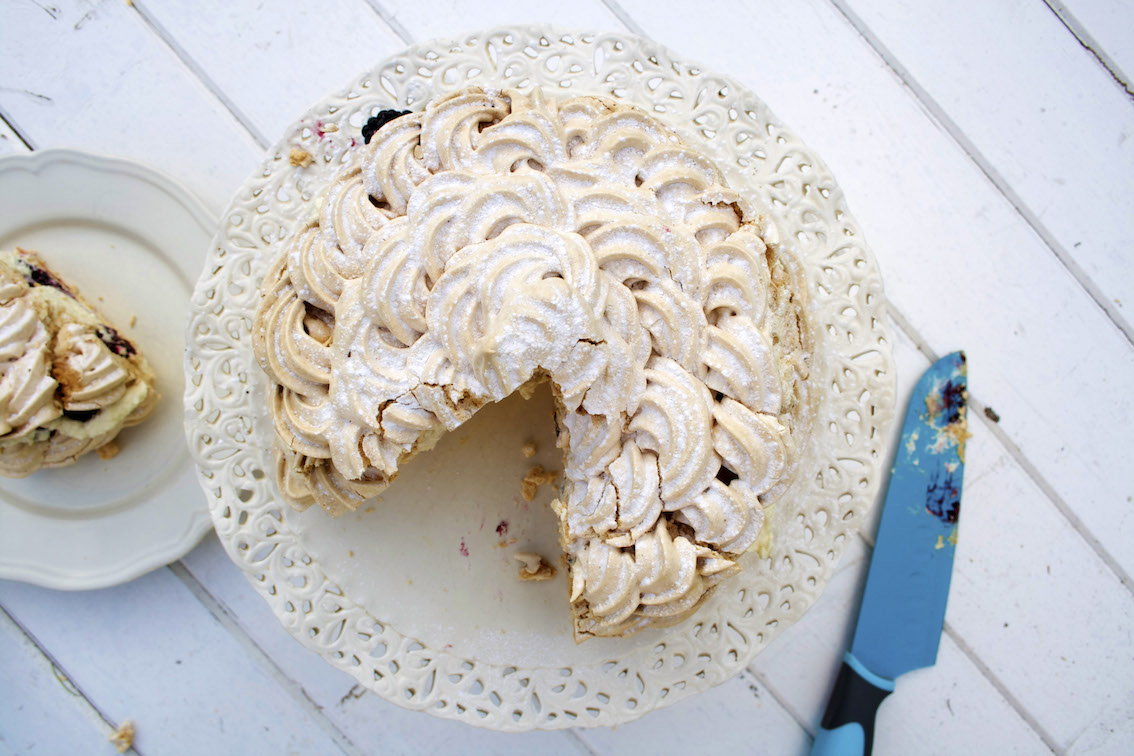