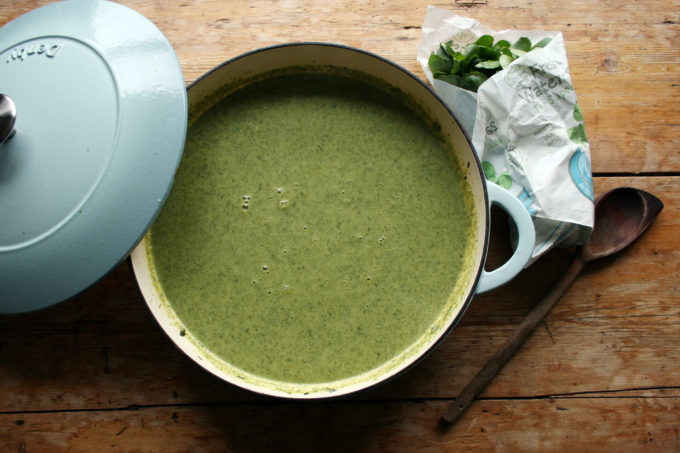 When we were kids my family and my dads sisters family would all meet at Grandma Silvia’s house for Sunday lunch. Five, sometimes six cousins all running riot around the leafy suburbs of Chigwell. I think we did this for roughly 15 good years until all the kids grew up and become sullen, wanting to do their own things with their own friends on a Sunday.  I have mixed memories of these Sundays.  I loved my cousins but we would bicker a lot and I really didn’t get on with my brother so the afternoon would often end with at least one of us sulking in the car waiting to go home.  However it was also a special time.  Grandma Silvia was an exceptional cook, her Sunday roasts were legendary in the family (until she decided that roast meats and potatoes weren’t healthy for growing kids and changed the menu to steamed salmon.) But it was her soups that really made the meal. I could remember walking into her home on a Sunday and the aroma of cooking vegetables, bubbling away in some kind of broth is one of those scent-memories I will treasure forever.

This simple and tasty soup takes me back to those scent memories.  Whilst it’s doubtful that Grandma would ever have used wasabi, it’s the aroma of simmering watercress that is unmistakably hers.

I’ve been very fortunate to have received a box of fresh watercress from The Watercress Company.  You can purchase their Devon-grown watercress in most major stores, repackaged by the supermarkets buy you can also buy their plastic-free bunches direct from their sister company The Wasabi Company, where you can also pick up some fresh wasabi! 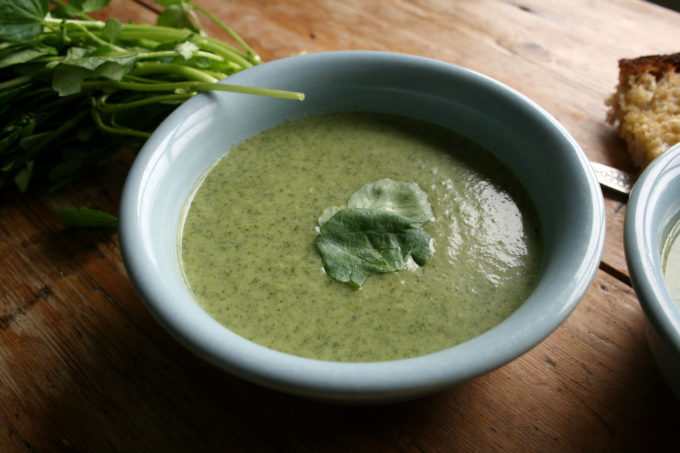 In a large pan, gently sauté the onion in some butter and olive oil, when they begin to turn translucent stir in the potatoes and garlic and let them sweat together until the potatoes are soft and everything is fragrant. (Roughly 8 mins)

Sir in the frozen peas, followed by the watercress and then pop the lid on, turn down the heat and let everything sweat for another 6 minutes.

Stir in plenty of pepper, a little salt and a teaspoon of wasabi paste, then add the stock and let the whole dish gently bubble away for about 15 minutes, then take it off the heat, allow it to cool for 10 mins, then blitz with a hand-blender until smooth 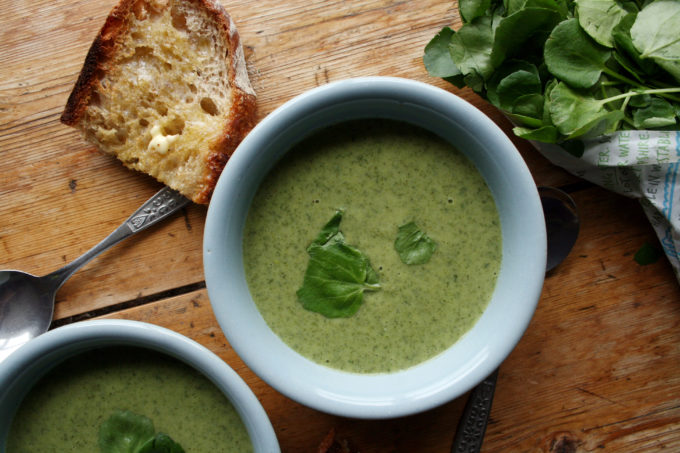