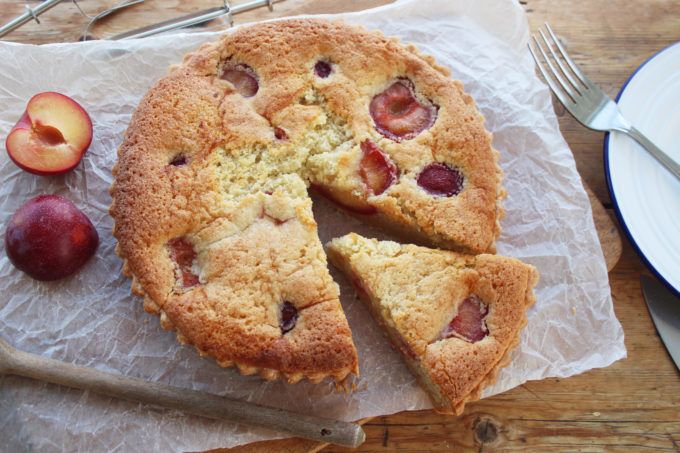 There are some seriously good plums around at the moment which is rather wonderful.  I love the fact that we have access to global seasonal food production which means we benefit from some incredible fruit and vegetables that a few decades ago simply didn’t exist for us but it’s also making me lay awake at night worrying about the effects of Brexit on our supply of fresh fruit and vegetables.  It’s a conundrum. Whilst we can enjoy some beautiful produce from America, South Africa and Kenya I’m not so keen on such large distances being flown and it makes more sense to gather from as close to our back yards as possible. Frustratingly with access to Europe potentially on the brink of confusion I hate the thought of the effect of a few ignorant, self-satisfying bigots will have on the whole food chain.  I’m not going to preach about my anger over the stupidity of Brexit because I know i’ll go off on a tangent of hate and whilst I’m not about to go out and panic shop, stockpiling tins of corned beef I am genuinely worried about the knock-on effects to the producers, small businesses and at the end of the chain, the every-day consumer that always seem to slip through the net and take the brunt of the calamity when ‘the powers that be’ start these campaigns of division.  The UK simply does not have the capability or provisions to provide for its own and I don’t want to be eating food from America that has been pumped with crap from corporations who don’t give a shit about the welfare of their animals.  There are producers in The Netherlands and Spain who are genuinely worried about their crops and what happens next and with no plans in place it’s anyones guess.  Yes, I love the idea of us all suddenly becoming one with the earth and learning to eat with the seasons but try telling that to the millions who can barely afford three decent meals a day let alone strawberries in June.  I despair and I worry… and will be eating all the South African plums I can whilst I can still afford to eat fresh food! 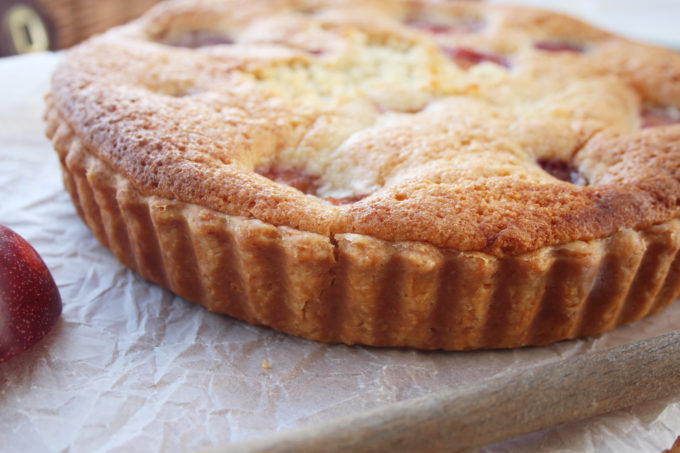 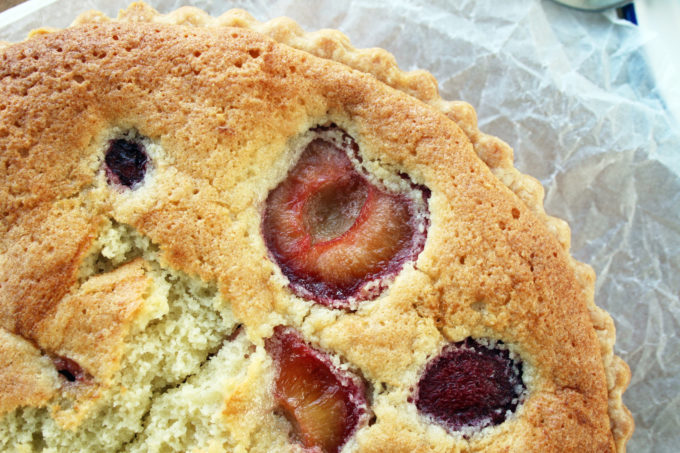 So i’ve had some of my favourite almond shortcrust pastry in the freezer since Christmas when I made this rather stunning mincemeat lattice traybake.  I always make double of everything and had plans to use the pastry much sooner but both Andy and I were rather under the weather most of the festive period so we didn’t have as many guests to visit as we first planned.  This meant that home-made sausage rolls and this gorgeous pastry remains unused.  I’m not quite sure about the life span of pastry but I went for it anyway and it tastes pretty nice and we’re both still alive so I think we’re good.

If you’ve never heard of Koko Kanu, don’t panic, although if you’re going to panic-buy anything you should potentially consider this incredible gem.  It’s a coconut flavoured Jamaican rum that is breathtakingly good.  We were drinking it neat over ice at Christmas (possibly one of the reasons we were under the weather…) but it works so well in all kinds of rum-based cocktails and makes a mean Pina Colada.  Its my new favourite thing to drink but the combination of the sweet coconut rum, almond in the pastry as well as almond in the frangipane, along with the glorious plums works so well that it’s also quickly becoming my new favourite thing to eat!

for the frangipane and plums

start with the pastry – sift the flour baking powder and sugar into a bowl, add the butter and rub until it resembles breadcrumbs

add the cream cheese, ground almonds and egg yolk, take a knife and mix until it comes together into a dough, you may need to add a little milk here, as I did, once it’s all together, wrap in clingfilm and chill the dough for at least 30 mins before rolling out.

when rolling out use plenty of flour, the pastry is very short and crumbly so be generous with the flour and gentle when you roll – line the tart tin and place the tin into the fridge whilst you make the frangipane and soak the plums

in a large pan melt some butter and place the halved plums flat side down in the pan and let them sizzle in the butter for a few minutes, then add in a generous splash of rum, let is sizzle again for a few minutes then turn off the heat and let the pan and the plums cool down until they’re mildly warm and drunk with rum.  Once relatively cool, carefully pour out the juice and set aside.

make the frangipane filling by placing the butter and sugar into a large bowl and using a hand-held whisk whizz until creamy, then add the eggs and beat in, then mix in the ground almonds and vanilla. Gently srit in the plum and rum juice until combined.

remove the tart tin from the fridge and pour the frangipane filling into it and spread it out evenly, then gently spoon the plums into the filling, pushing them down slightly… you can arrange them how you like, I prefer a non-specific pattern, with a mix of plum skins up and down.

bake in the oven for at least 35 mins or until the frangipane is golden and risen and springy to touch – watch the top though, it tends to turn golden quicker than the frangipane sets so you may want to turn the heat down and cook for slightly longer or even lay some foil over the top. (If you do use foil, be careful it doesn’t touch the top of the tart and take a layer of the frangipane off like you can see happened with mine…)

set aside to cool down to slightly warm before serving 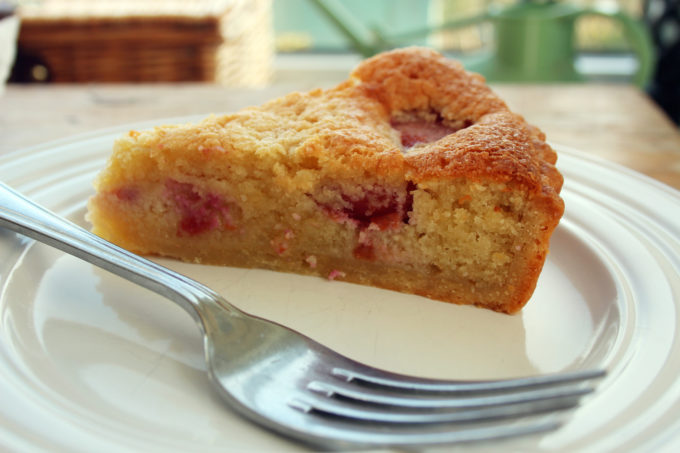