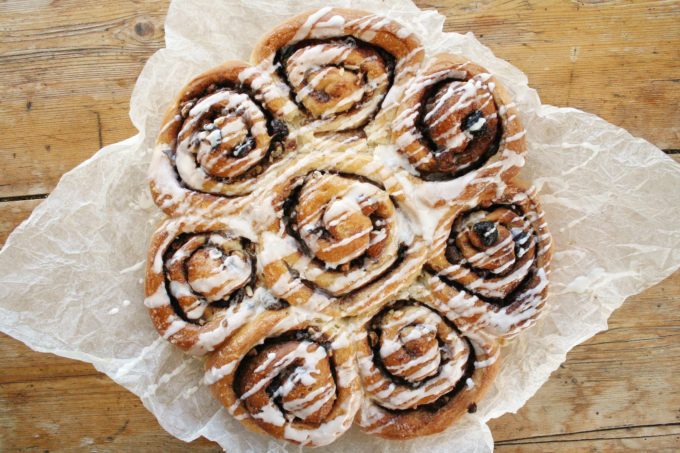 … back at the cottage and feeling a lot perkier than last weekend, plus the sun is shining and glorious which helps of course.  The Viking is keeping himself busy in the garden whilst I potter in the kitchen… and the more I potter the more I have this nagging feeling about starting a thorough Spring clean.  I feel that the whole cottage is in desperate need but i’m not quite sure i’m up to it mentally.  You know that feeling when you just know that there’s a whole bunch of endless crap at the back of those cupboards or under the bed and one poke will bring the entire house down.  I’m not the kind of guy who can simply do one small area, I have to tackle the whole house or nothing at all and i’m simply afraid to start. Plus I think it’s going to take longer than a weekend to do so I may hold out till the long Easter weekend.  Sorry if I sound dull… but once I commit I get excited about these types of things… and you see how mentally I’ve gone from blah to yay in one paragraph… maybe I need to lie down. 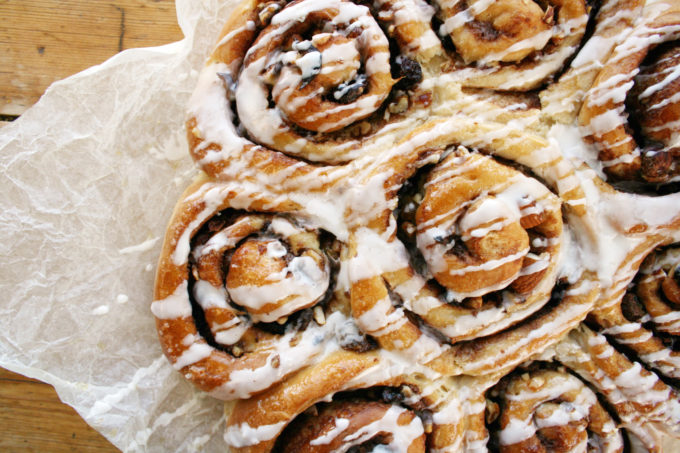 a little divergence from sticky buns for one moment if you’ll indulge me… regular readers will know that in my real life I run an event production agency called The Persuaders and that we work closely with the brilliant people over at Benefit Cosmetics.  For the past few years we’ve helped them with their charity project called Bold is Beautiful.  It’s an epic project that helps 2 brilliant charities, Look Good Feel Better – a charity set up to offer a free service to women struggling with the visible side effects of cancer treatment and Refuge – a charity to help women who have become victims of domestic violence. You can donate on-line or by booking a Brow appointment but this year we’re also producing 4 ‘all pink’ pop-up charity shops where you can come and donate clothes or buy something wonderfully pink!  The shops will be in London, Dublin, Manchester and Glasgow, kicking off in London next week and running throughout April, checkout the above link to Bold is Beautiful for more details… and I hope to see you there! 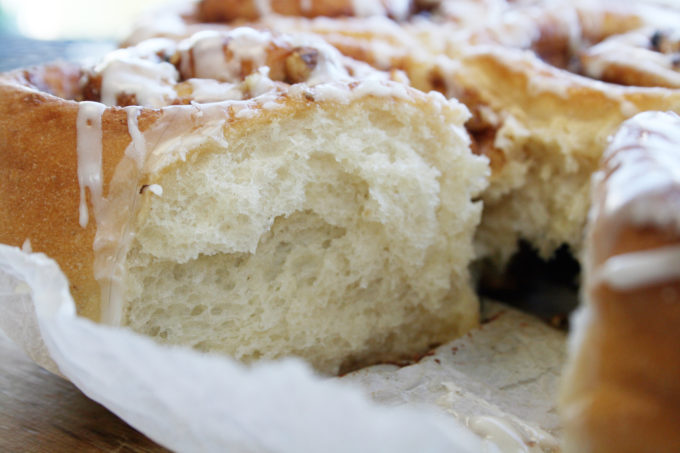 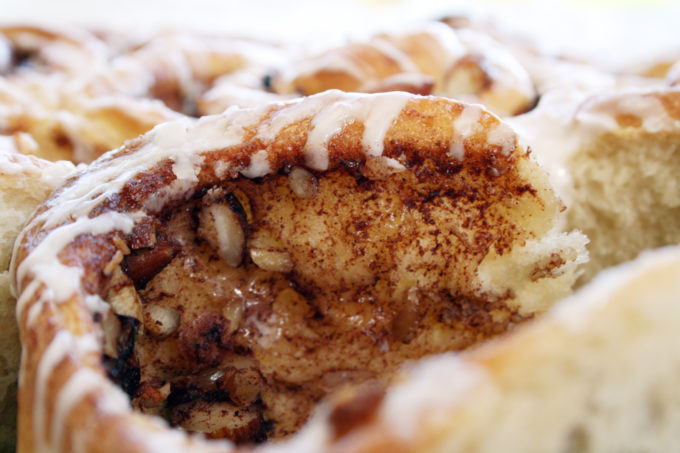 I love these buns and i’ve had swirly batch buns on my mind for quite a while… since visiting the US back at New Year in fact.  Even though cinnamon buns have a Danish heritage I think the American bakeries seem to do them so well.  Typically American of course, slathering them in glazed icing as though they’re not sweet enough and have you seen the size of some of these things!  Even here back in the UK where we seem to have adopted forever some of the more ‘plus size’ food items such as donuts and pizza slices, these Danish pastries are everywhere.  Sometimes i’ll be standing in line for a coffee and glance down at the pastry cabinet to see these glorious iced buns staring back at me.  I’m always tempted but never go so far as to purchase, I know that one bite would set me back for the day and then all i’ll want to eat all day is cake – not that I’ve never done that, it’s an actual thing you know… However I always restrain myself with the thought that I can make these myself and feel better about the whole thing.  It just takes me so long to get round to baking them.  No idea why, they’re really so easy to make and bake and actually if you have a lazy Sunday they’re really no hassle at all.  You could even make the dough on one day and bake the buns the next if time was an issue… and you’d probably end up with lighter and softer buns if you do…

start with the enriched dough… heat the milk with the butter until just warm and the butter starts to melt – a microwave on medium for 4 minutes should do this nicely.  Try not to boil the milk or you’ll have to wait for it to cool as very hot milk will kill the yeast.

place the flour, yeast and caster sugar into a large bowl and pour in the warm milk followed by the beaten egg and using a rubber spatula bring it all together until you have a sticky messy dough.  Flour your work surface well, tip out the dough and knead well for 7 minutes until soft and elastic.  It’s quite a sticky dough which makes it tricky to knead so if you have access to a stand mixer with a dough hook like my gorgeous smeg then i’d use that instead.

meanwhile, using the ingredients for the filling, place the soft butter, cinnamon, soft brown sugar and hazelnut spread in a bowl and beat together till you have a paste – set aside

generously flour your work surface and tip the dough onto it.  The dough should be light and easily pliable and after a few pat-downs to get it into a rough square shape you should be able to roll it out easily with a rolling pin.  Roll until it’s no less that 1cm thin – you should end up with a rectangle (long edge running parallel to your stomach) which is roughly 25cm wide by 20cm long

pour the filling paste onto the dough and using a palate knife, spread it all over, right up to the edges, then sprinkle with a little coconut sugar, some more cinnamon and any filling you like – i’ve used a bag of nuts and raisins which i’ve chopped but you could use your favourite dried fruit or nothing at all.

staring with the edge furthest away from you, carefully roll the pastry towards you into a tight roll and then cut the long roll into even portions… when I made it I managed to get 8 3 inch deep swirls but yours may be different.  I think the trick is to have thicker swirls and less than thinner and too many

carefully lay them into the baking tin… if you’re using a round tin like me then start with one in the centre and the rest, evenly spaced around the edge but if you’re using a rectangular tin then simply line them up in rows.  There should be space around them to grow.

remove the tea towel and cling film and bake on 200C for 10 mins then turn the oven down to 160 for another 15 minutes… they will darken quickly so you may want to turn the oven down even further, depending on your oven… they’re ready when they’re golden brown on top and the kitchen smells so incredibly of hot cinnamon that your mouth won’t stop watering!

remove from the oven and immediately brush the top with runny honey, then set aside to cool in the tin for 10 minutes then remove from the tin and allow to cool further on a wire rack

to make the icing glaze simply beat the milk into the icing sugar until you have a thick but runny consistency which you can drizzle all over the buns with wild abandon. 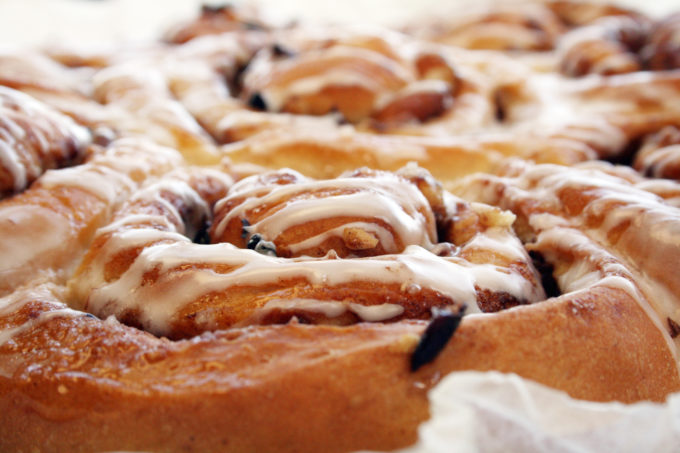 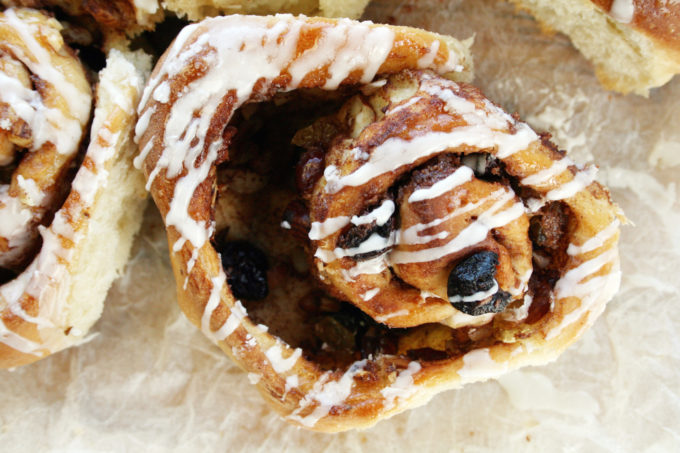