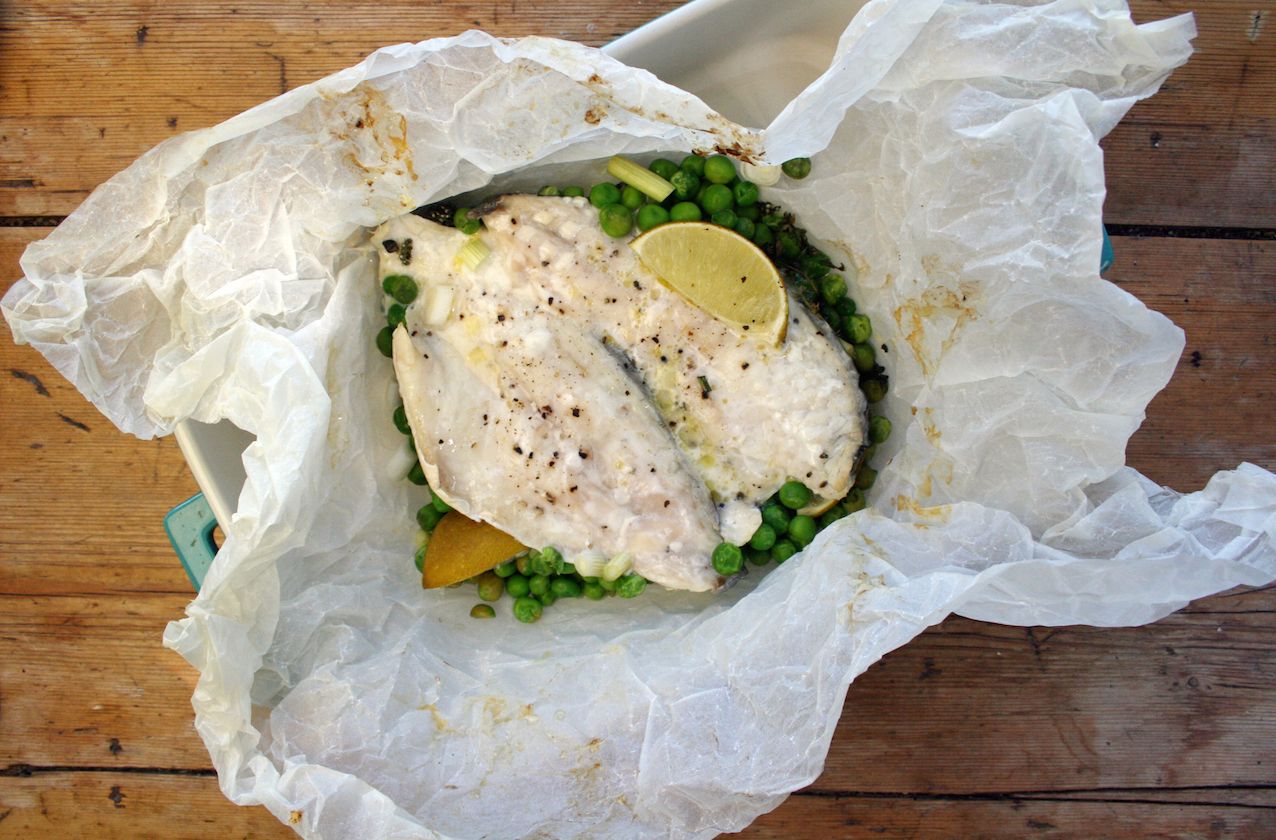 … what a weekend of fun and sunshine.  In a sick move, the weather decided to play like summer and we actually had a decent weekend which was lucky because we had new guests to the cottage who had never been before and whilst we personally love Belleau in all types of weather, there’s nothing better than showing it off in the glorious sunshine.  We frolicked in the garden… we had a picnic on the beach and splashed around in the sea… we drank heavily and stumbled both to and home from the pub (sorry Dawn and Keith)… and generally squeezed a huge amount of fun into 48 hours.  We even made our friends brave the train to Skegness which, believe me can be a bit of a culture shock if you’ve never lived anywhere where you’re not closer than 10 yards to a parking metre… they survived 3 disastrous cakes (see next post), 2 delicious breakfasts and 1 rather incredible asparagus and mushroom risotto… we survived copious amounts of Prosecco and an endless game of celebrities that had us laughing till I pretty much wet myself.  Now don’t take me for a bragger, i’m really not meaning to show off my #squad but The Viking does have the habit of being a bit of a recluse, to be honest it almost borders on social anxiety and whilst it’s hard to believe that someone who works in the hospitality industry could be such a way it is a fact that our weekends are precious, so spending them doing anything but recovering from a week of forced socialising is a big deal… and therefore it’s nice that it went so well and was such fun… and that we’d only just done it a couple of weekends before to great success too (although he’s now warned me that there should be no visitors till Christmas…) but It’s barely Sunday evening and i’m exhausted and could do with the day off tomorrow to recover… and now there is bed linen and towels to be washed and dried in the last of the weekend sunshine, which as mentioned above, is serving its purpose nicely, thank you very much… 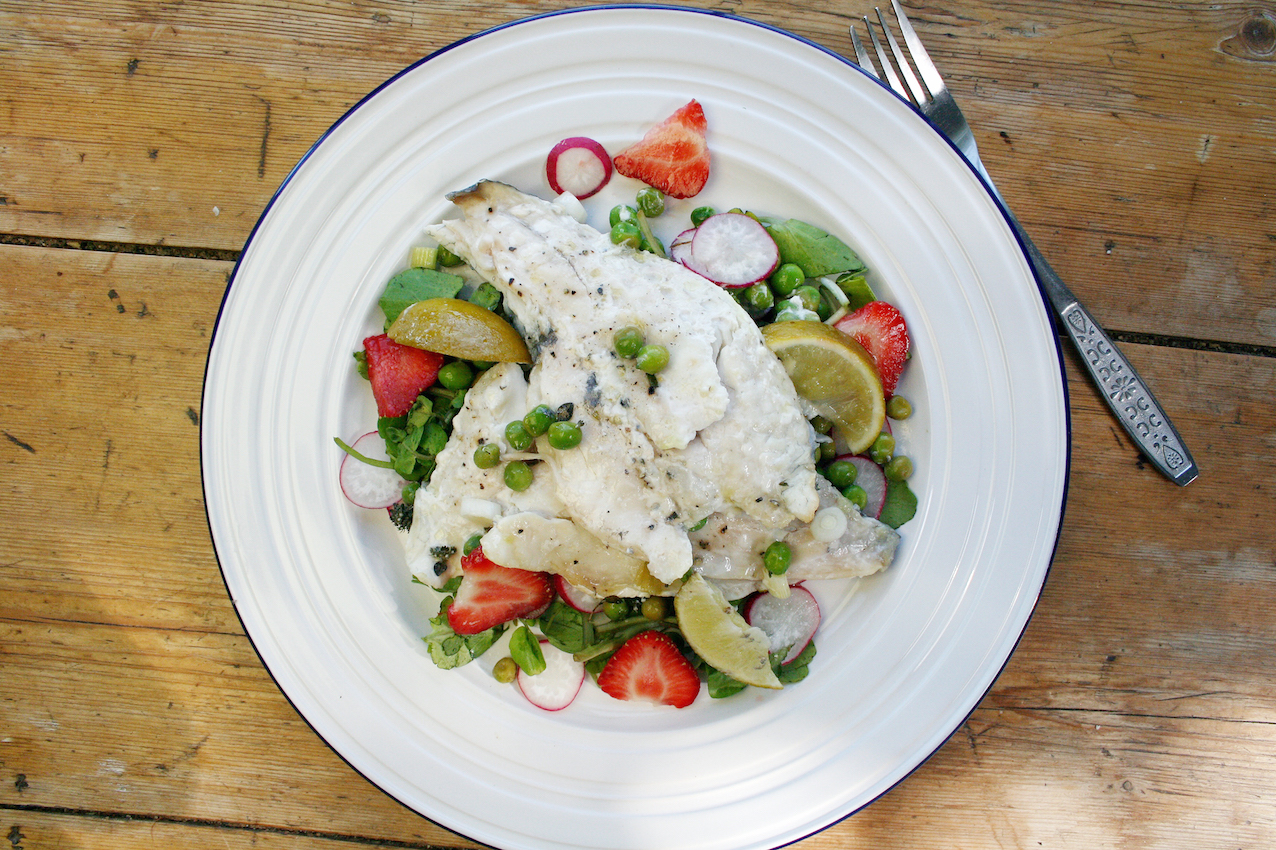 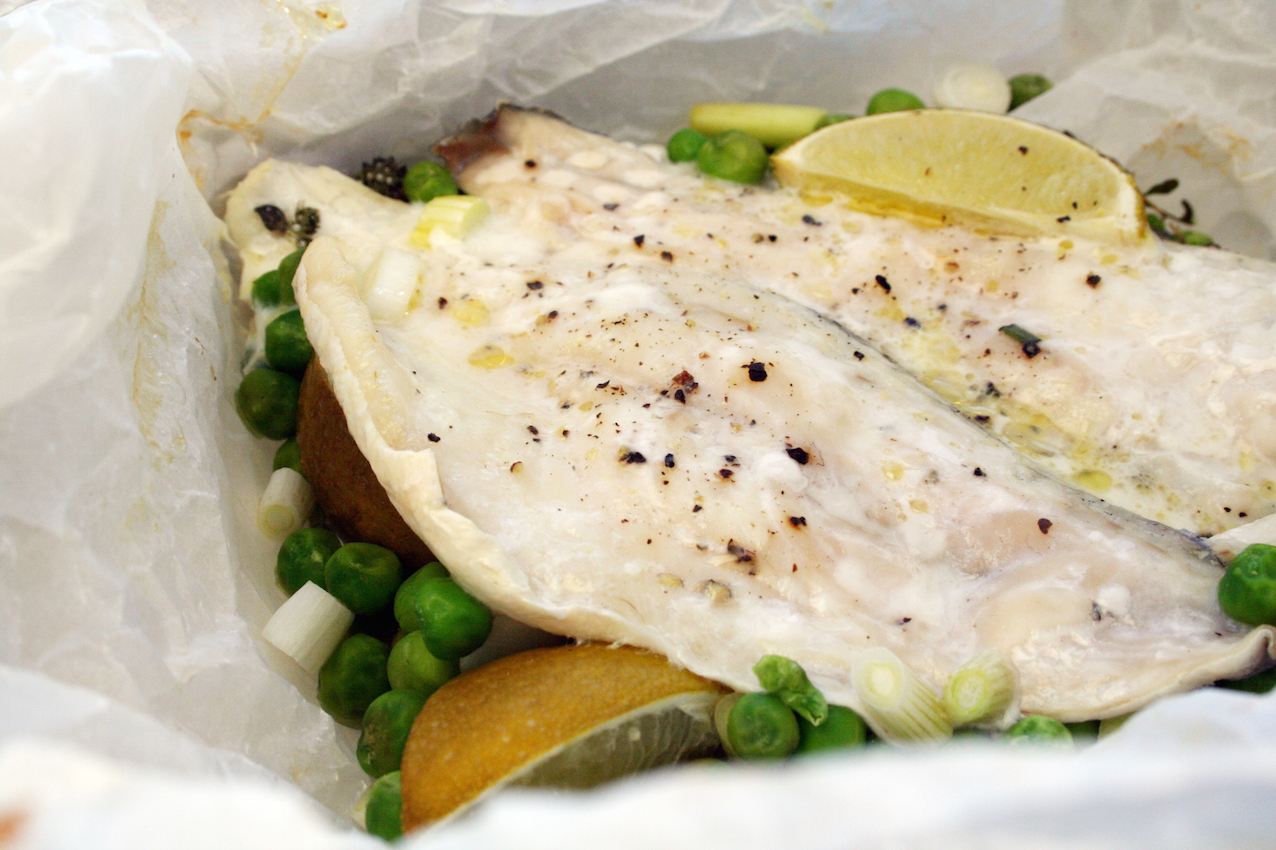 steamed sea bream with peas, lemon thyme and lime
I was very close to picking up the salmon to make this dish but for some reason the sea bream caught my eye and i’m really pleased it did… salmon would have been lovely but I eat a lot of it so it’s nice to make a change and the sea bream is such a wonderfully delicate fish.  On a long and lazy Sunday afternoon, with the sun gloriously baking our skins I didn’t really want to stand in front of a smokey barbecue and whilst many find fish a fiddle, this was literally 30 minutes from fridge to plate and just so damn tasty and pretty healthy too, which is an added bonus, so it’s hard to complain.  Basically, I must cook more fish, is the answer to this tale…

pre-heat the oven to 170C and scrunch up a large piece of baking parchment.  You’ll also need some foil and an oven-proof dish

lay the peas onto the paper followed by the spring onion and the lime wedges then lay the fish, skin side down on top.  Sprinkle with the lemon thyme, season well with salt and pepper and then pop a few wedges of butter on the fish, then carefully parcel up the fish leaving plenty of air in the package

bake in the oven for 20 mins, then open the wrapping and bake for 5 minutes more

serve on a bed of watercress and thinly sliced radish and strawberries (believe me, strawberries and fish is a wonderful thing) and a large dollop of mayonnaise 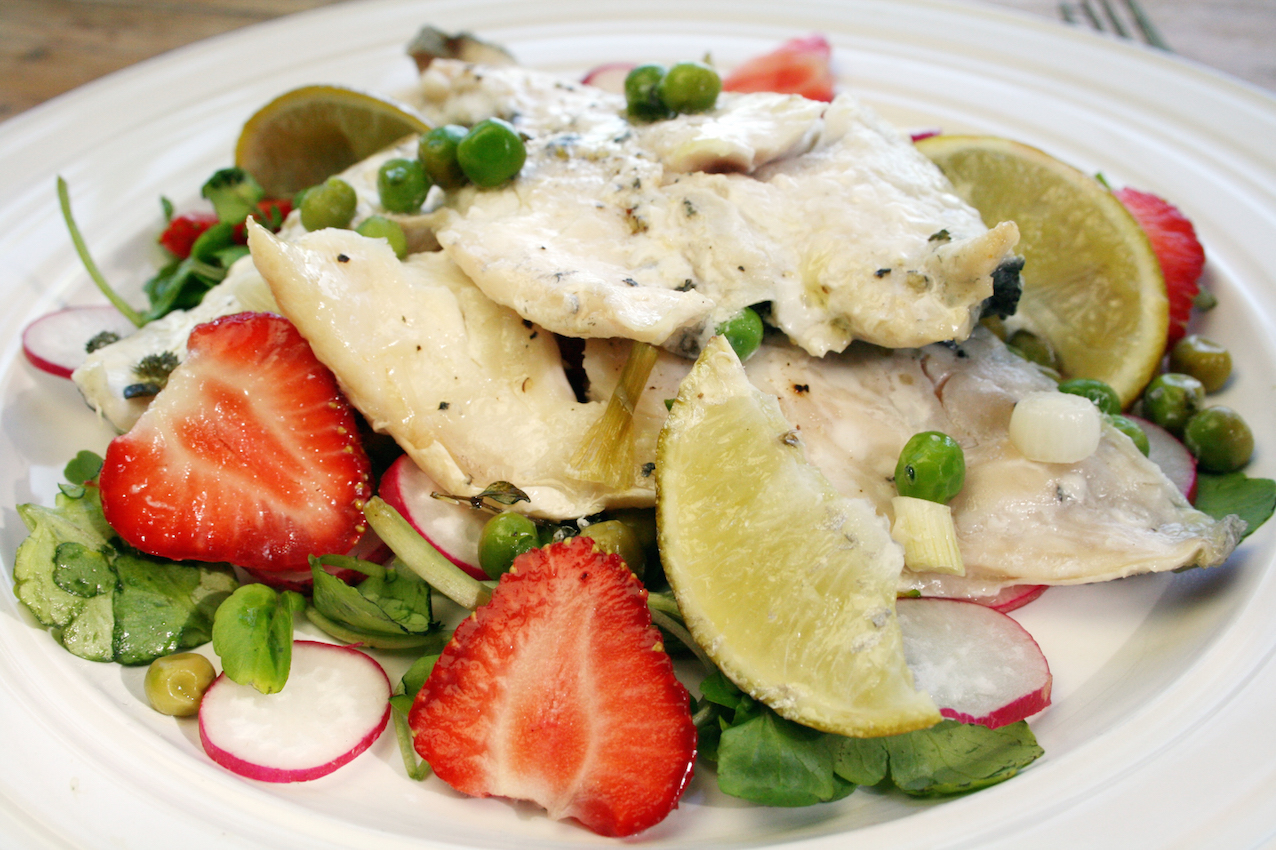