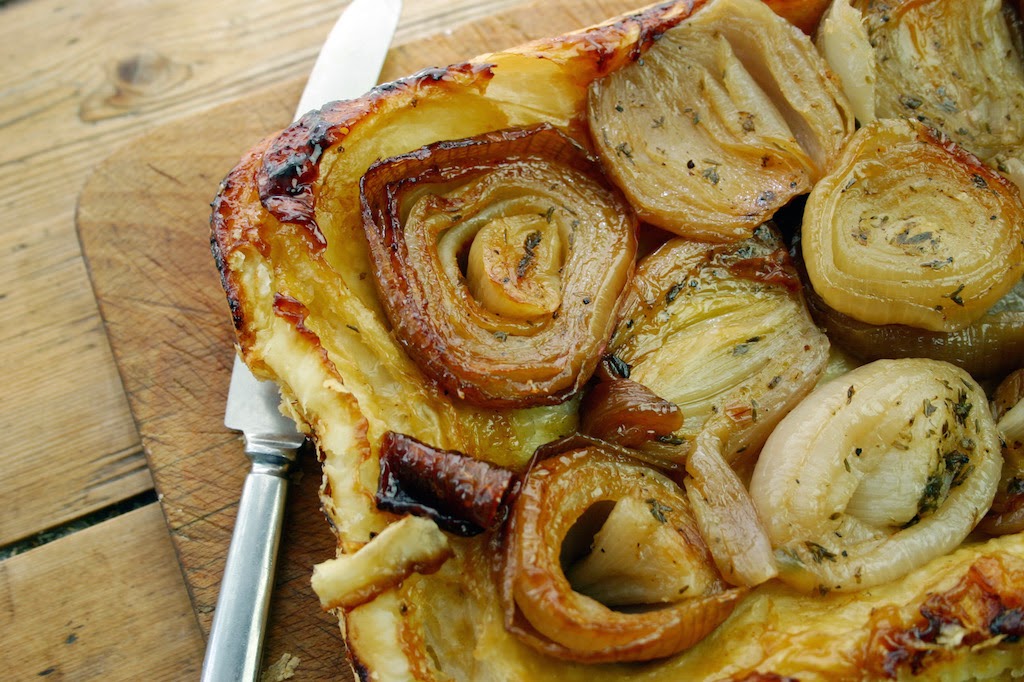 … I imagine the developers of predictive text thought they were building a tool for a better future when in fact they have unwittingly created a monster.  Whilst it’s wonderful for those quick corrections of obvious typo’s it also manages to both correct and destroy prose in one fail swoop of the keyboard.  I’ve recently been fortunate enough to purchase a reconditioned MacBook Air which I adore but it comes with many functions that are so beyond clever that i’ve ended up switching them off.  I know I can do that with the predictive text too but it is a fine balance between useful and frustrating.  If I read back through recent blog posts I am often left with a sense of bewilderment at the strange language and odd words that I clearly didn’t mean but that clever old PT slipped under the radar in the name of correct spelling… this usually become most frustrating when i’m trying to write recipes or recipe titles, such as the simple tarte tatin.  It’s been named tarte tatin for countless generations.  Not tart satin or air tat-in.  It sends an angry shiver down my spine because it makes me question the validity of my knowledge and makes me assume that one day the tarte tatin will simply disappear forever under the misguided notion of some clever boffins in california… 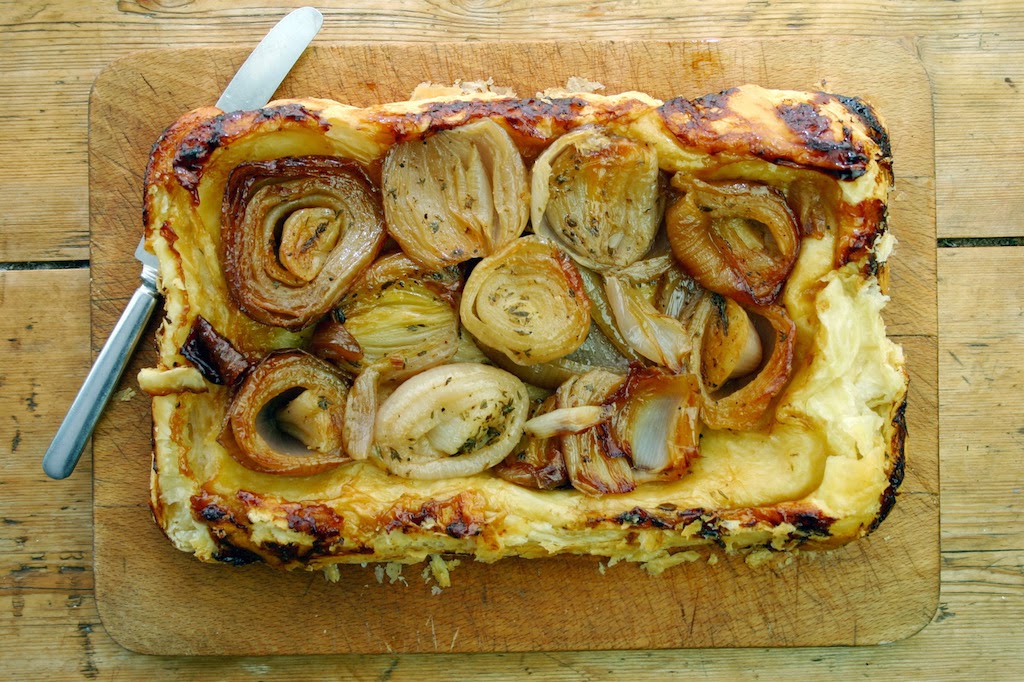 … It’s been a bumper time for gifts at Belleau Kitchen recently and I’ve been very lucky with my haul.     You’ll notice in this recipe that i’ve also listed a balsamic vinegar.  I’m using a wonderfully rich and sweet balsamic called Due Vittorie and I can honestly say it is one of the most delicious balsamic’s i’ve ever tried, i’ve actually been abusing myself with it over the weekend, not only adding it to recipes such as this along with salads but i’ve been tonguing it out of the bottle too… i’m filthy I know but it’s too glorious not to!

i’ve used an oblong roasting tin as I like the shape and of course the puff pastry sheets come in an oblong shape so there’s no wastage – and even less work!

cut your onions in half… i’ve cut some from tip to root and some through the middle so that there’s some pretty patterns going on in the final tart.

lay some knobs of butter in the bottom of the pan, sprinkle with a pinch or two of sugar and plenty of fresh thyme and lay your onions on top

after an hour, take it out of the oven and drizzle a little balsamic over and around the onions then pop it back into the oven for another gentle half an hour.

after half an hour take it out of the oven and set aside a little to cool, then once it’s stop steaming, lay the sheet of pastry over the top, brush with egg wash or milk and pop it back into the oven for another 20 minutes or until the pastry has risen and turned golden

take a knife and ensure that the edges of the pastry are loose from the pan, then place a plate or chopping board over the pan and quickly flip the whole thing upside down and remove the pan 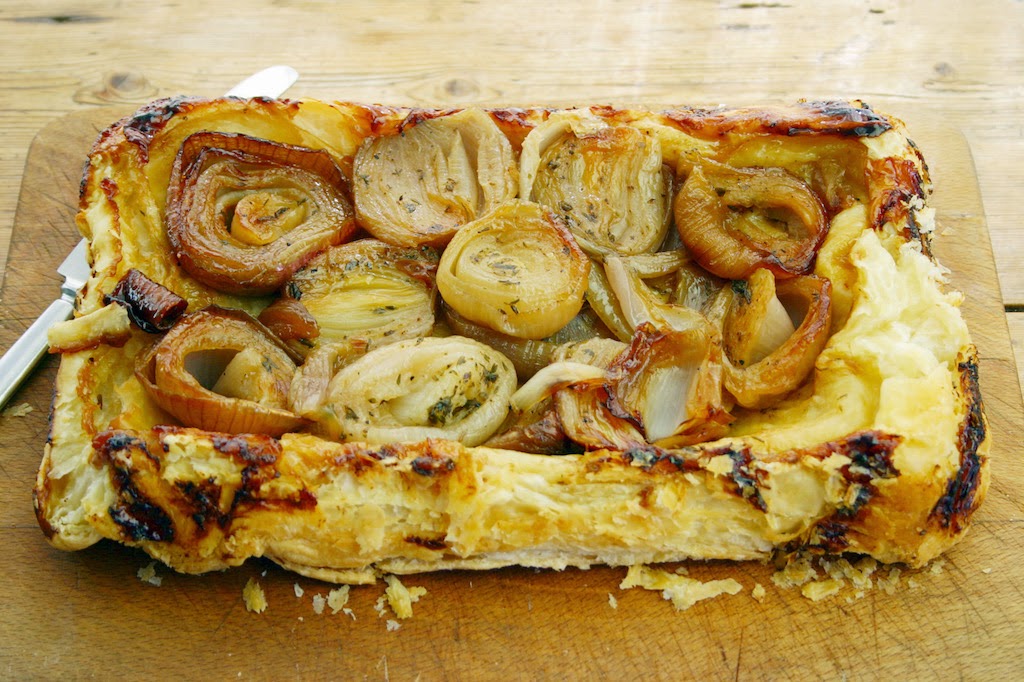