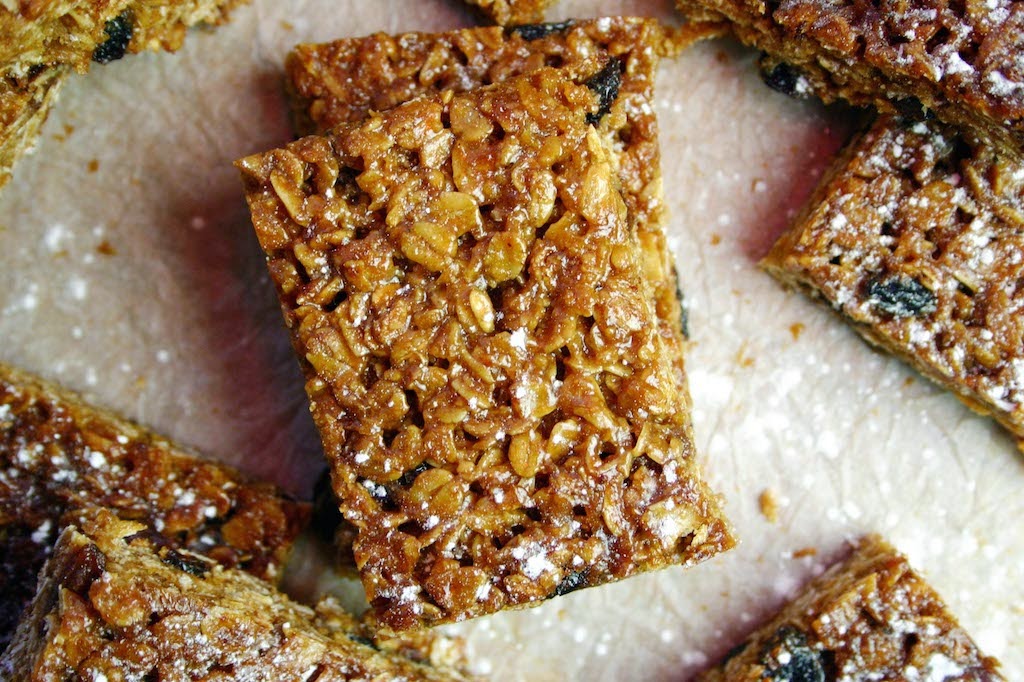 … I thought i’d give you a little update on Audrey the Cat or Millie the Cat as she is now known.  As you know, the very lovely Elaine and George have taken her into their home and she’s spent the last fortnight in a very chic and contemporary loft apartment outside in the garden to ensure she gets used to her new home… oh and the dog, the chickens and the grand children.  Last week she was given her first taste of freedom and she’s been tentatively exploring her surrounding but happily going back into her hutch at night… it seems as though she’s settling in beautifully and as you can imagine The Viking and I are over the moon that she finally has a good home full of love… and of curse we don’t miss her one bit… what do you mean there’s a tear in my eye… darling that’s just a bit of dust causing my eyes to water… 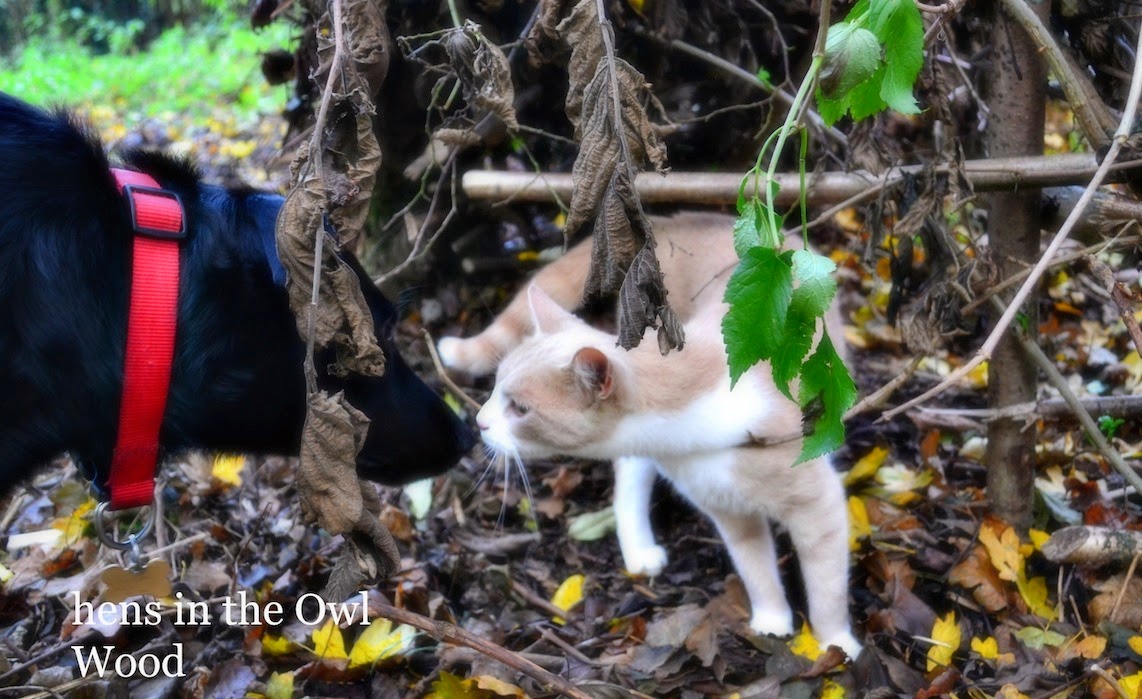 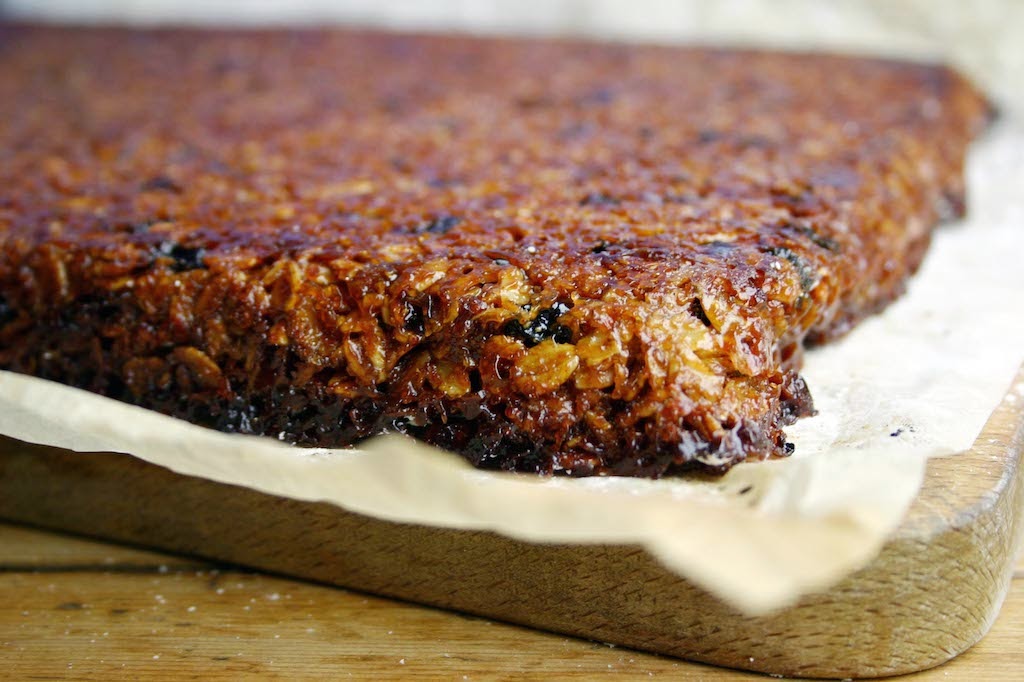 mince pie flapjacks
yes… it’s barely the end of November but today is Stir Up Sunday, the traditional Sunday before Advent that one is supposed to start preparing food for Christmas, particularly the Christmas Pudding… the whole family takes turn stirring the ingredients for the pudding and making a wish… although make sure you stir clockwise or you’ll be in for trouble!  There must be something in the air because i’ve already been thinking about Christmas snacks.  I can’t help it.  I think the aroma of cinnamon stirs something inside me and mentally clicks my brain into Christmas… I have even more baking treats to come later this week but for now I have these naughty little chaps.  last year I made some very popular Christmas Cake Brownies and I wanted to create something similar that has all the essence of christmas but in a little treat… and I think these flapjacks hit the spot…

pre-heat the oven to 180C and lightly oil a traybake tin – I used a classic Swiss Roll tin.

melt the butter, sugar and syrup in a pan and then once melted take it off the heat and add the oats, ground almonds, cinnamon and mincemeat and stir well 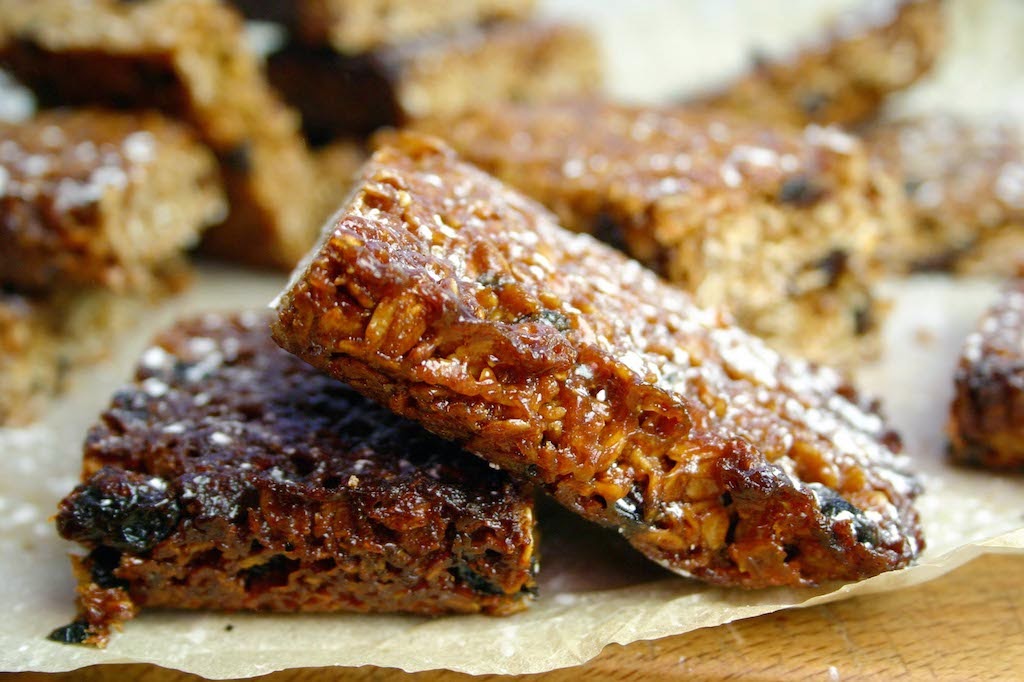