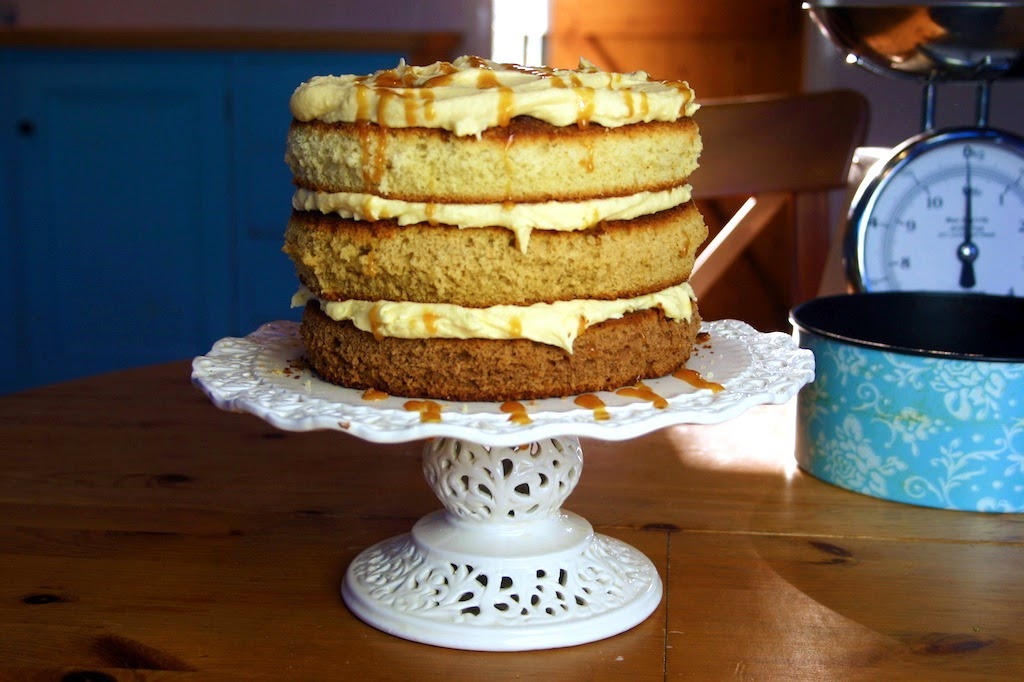 … according to those in the know the naked layer cake will be a big food trend in 2014… we’re already seeing a few examples of it on the web and in some early-adopter type cook-books but they’re not actually calling themselves naked cakes, they just happen to be… the concept is pretty simple and is all about showing the baked sides of the cake rather than dressing it in icing… some leave the baked edges as they are, direct from the tin and some, like ive done here, shave the edges away, creating an even more undressed look, to reveal the colour of the sponge beneath…  and so not one to jump on a bandwagon too late i thought i’d turn my tricks to something a bit special for you to salivate over… 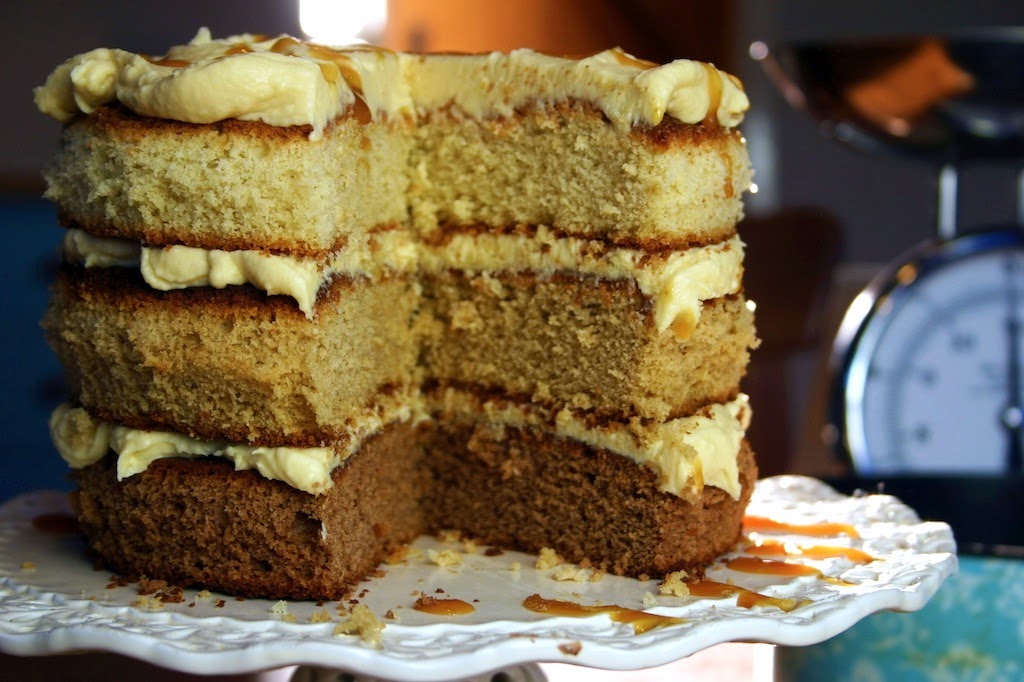 toffee, coffee and vanilla naked layer cake with salted toffee whipped cream icing
suffice it to say I thought id go for something naturally nude rather than using loads of food colouring and I had something caramel in mind… the sponges are a very simple ‘weigh the egg’ sponge, the top one with some beautiful little pod pure bourbon vanilla extract, the middle one using their divine pure coffee extract and the bottom one a mixture of a homemade toffee sauce and cocoa… the icing is a salted toffee, whipped cream icing…
I made each cake in the same bowl with no cleaning in between… start with the vanilla then move on to the coffee, then the cocoa cake… just use a good silicone spatula to clean out the bowl in between each…
for the salted toffee sauce
250ml double cream
85g butter
100g light muscovado sugar
pinch of seas salt
for each sponge (20cm loose bottomed cake tin)
2 eggs
150g butter
150g golden caster sugar
150g self-raising flour
for the vanilla sponge – add 2 teaspoons vanilla extract
for the coffee sponge – add 2 teaspoons coffee extract or small cup of espresso
for the chocolate toffee sponge – add 1 tablespoon cocoa powder and 2 tablespoons toffee sauce
for the salted toffee whipped cream icing
185g very soft butter
3 tablespoons toffee sauce
200g icing sugar
200ml double cream
grease and line your tins and lay them out in a row – preheat your oven to 170C
make the toffee sauce first by combing all the ingredients in a pan and heat gently until it melts and bubbles… let it darken to a nice, rich toffee colour, then take it off the heat and let it cool ready to use
in a large bowl cream the butter and sugar until light and fluffy then add the eggs and beat in followed by the flour and the vanilla and beat in – pour into one of the tins and leave in a heap
make the next cake the same way but add the coffee extract at the end – pour into one of the tins and leave in a heap
make the final cake adding the toffee sauce with the sugar and then the cocoa at the end – pour into one of the tins and leave in a heap
smooth out each cake then bake in the oven for 25 – 30 mins until a skewer inserted comes out clean — set aside to cool then trim the sides if desired.
to make the icing simply beat all the ingredients together in a bowl until it begins to thicken and come together to the desired buttercream consistency
layer the cakes together with the icing and a drizzle of toffee sauce, then drizzle the top with the remaining sauce 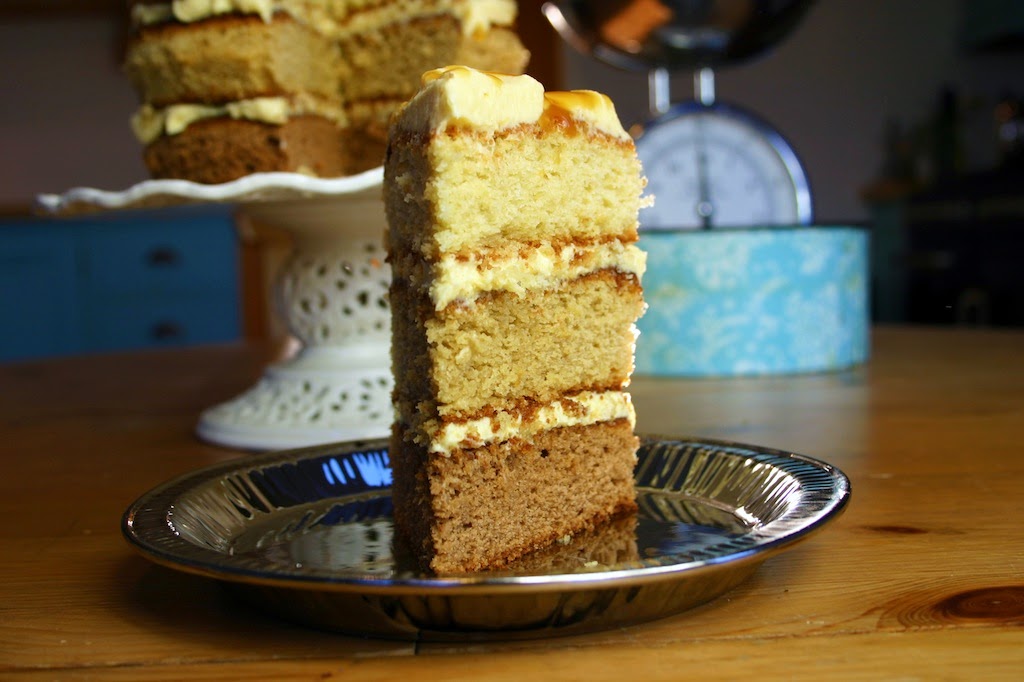