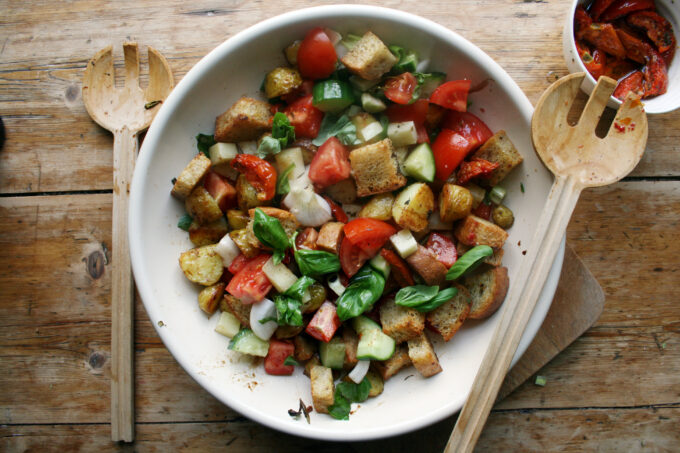 This garlic roasted potato and tomato panzanella salad is quite frankly the most delicious salad I’ve made this so far summer! It’s one of those classic Italian salads that’s so easily adaptable.  You can add anything you want to pimp up the original which was traditionally made using tomatoes, onion and cucumber and then chunks of stale bread soaked in olive oil to soak up all the glorious juices.  It’s one of those salads that’s best made in the morning and then served later in the day to allow time for all the flavour to mingle.

I’ve pimped it to another level adding roasted new potatoes covered in crushed garlic and fresh herbs as well as some chunks of not so Italian Manchego cheese.  It’s so simple so make and honestly one of the greats! Not much more to say than give you the recipe. 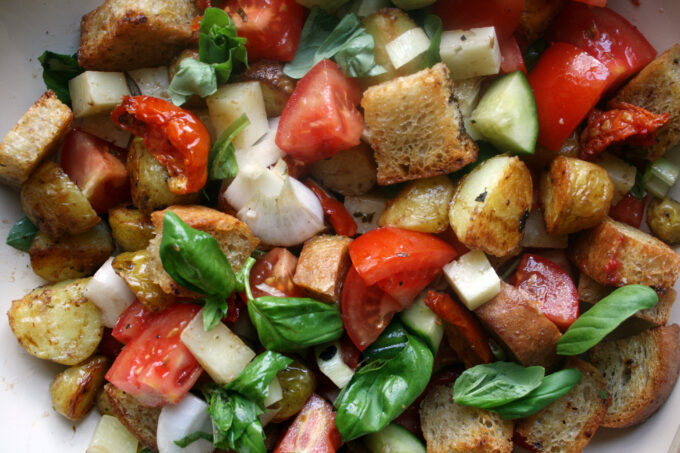 For the two of us this will be our main meal tonight, maybe served with a bit of pan-fried fish.

Bung the potatoes, bread and grated garlic into a roasting tin, throw in some fresh herbs – as much as you like and drizzle liberally with olive oil.  Toss it all together and roast for 25 mins. (Check on the bread as this may roast faster than the potatoes, in which case take them out when they’re golden.)

Meanwhile, throw all the other veg and cheese into a big salad bowl, along with some freshly torn basil.  Drizzle well with olive oil and balsamic vinegar and plenty of salt and pepper.

Once the roasties are done toss them into the salad.  Set the whole thing aside somewhere away from flies but not in the fridge for at least 2 hours before serving. 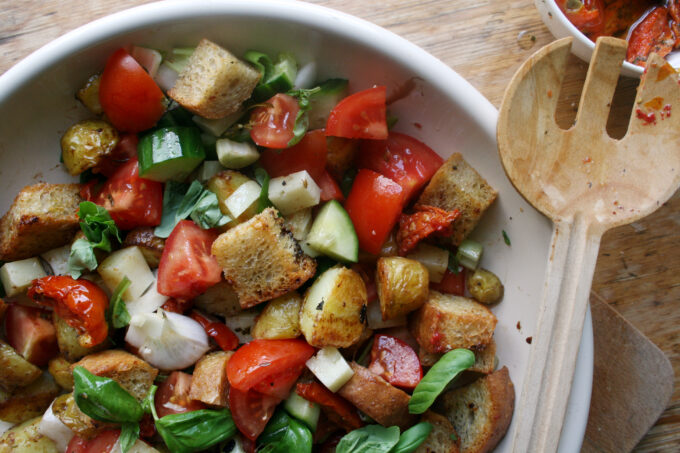 Check out this link to my blog for some other salad ideas.