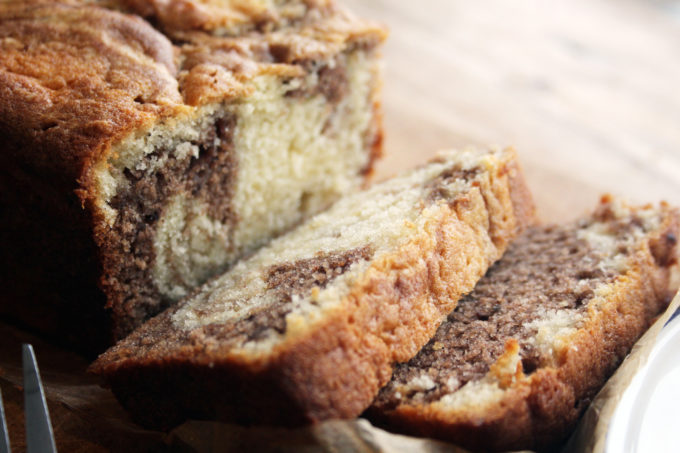 I haven’t baked a cake since Christmas.  OK, there was a frangipane tart in February but that doesn’t really count and even at Christmas I only baked mince pies.  The Viking and I have been trying really hard not to eat sweet things.  He’s done much better than me as i’ve been sneaking chocolate bars in here and there but I think we’ve done pretty well, especially since we’ve been working with Cadbury and currently have a giant box of Creme Eggs in the office.  I haven’t eaten one for 3 weeks which, if you ask me, shows monumental self-control.  As regular readers will know, we’ve both been seriously ill in recent months and our health has taken a big dip and this, combined with a plethora of drugs, including the weight-inducing steroids, we’ve both piled on the pounds and when you get to our tender age it can be increasingly harder to lose. We’re getting there slowly but my constant weekend cake-baking last year really wasn’t helping so I promised to stop, even for a few months.  It’s been quite easy really and if i’m honest I think you really have to be in the mood and have some time to bake a cake and with life so stressful I just haven’t had the urge.  I tried a couple of times in February but they were both disasters.  I think I was rushing and didn’t really take care… but last Sunday I found myself with a few hours so spare and all the right ingredients so I went basic and got back into it. 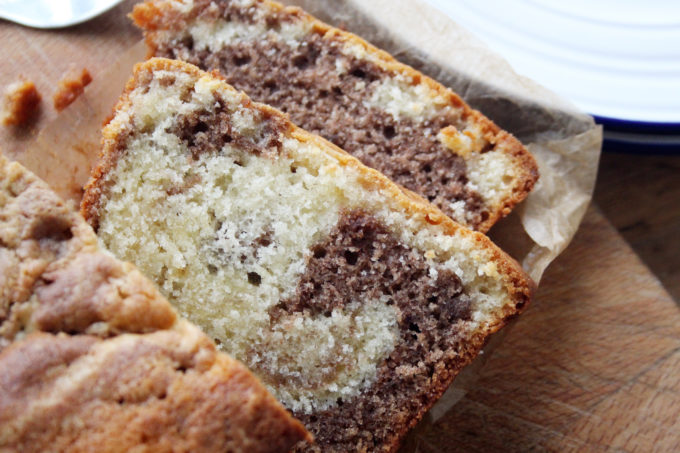 This recipe is one of those recipes that i’ve had lying about for ages.I think I tore it from The Guardian but I don’t have the full page so we shall never know.  I love the addition of cream, yoghurt or milk in cakes as it makes them so light and moist and I always think actually extends their shelf life.  This one uses soured cream.  It’s a slightly odd ingredient to have lying around but I often have some in the fridge as its one of the main ingredients I use when I make a quiche and happened to have some this weekend.  I’m not sure why it works so well but it does.  It also does something to the cake that makes it divine served cold from the fridge which as you know isn’t usually what you should do with cake.  The crumb is light and fluffy and the added cinnamon swirl has a fabulous kick that takes a very nice cake into the realms of something a bit more special.

I used a 2lb loaf tin that I greased with butter and lined with parchment and built up the sides of the tin with more parchment as there i a lot of batter.  I think this amount of batter would actually fit a 20cm round cake tin better but I really wanted the simplicity of a loaf cake.

Cream the butter and sugar until light and fluffy, then add the eggs, one at a time, and beat well till combined. I used my smeg stand mixer but a hand-held mixer would work as would a good old-fashioned wooden spoon (as long as your butter is very soft, you’ll be golden!).

Scrape down the sides with a rubber spatula and then beat in the sour cream, then sift the flour and baking powder together and beat this through. Give the whole thing a final 30 second high speed whizz before you stop.

Spoon half the mixed cake batter into a bowl and sprinkle in the chocolate, cinnamon and vanilla and beat through with a spatula, now simply dollop the plain cake mixture into the tin alternately with the cinnamon-flavoured mixture and then, using a skewer or a knife, gently swirl the mixture together. Tap the tin firmly on the work surface to knock out any air bubbles

Spoon the mixture into the tin, heat the oven to 180C (160C fan-assisted) and bake for 1 hour  or until a skewer inserted comes out clean. Leave in the tin on a wire rack to cool completely before serving. 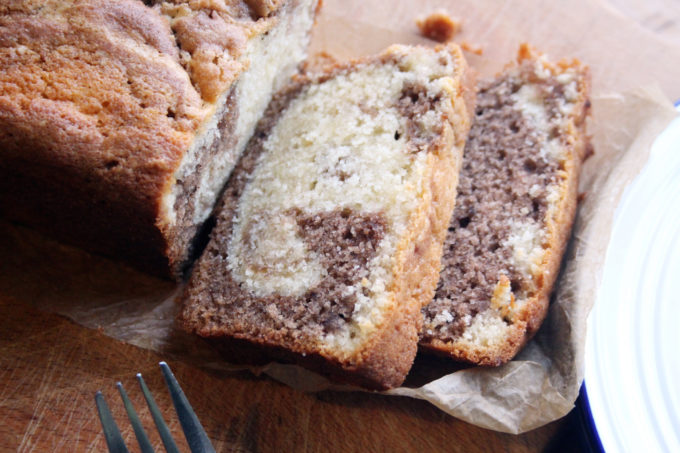