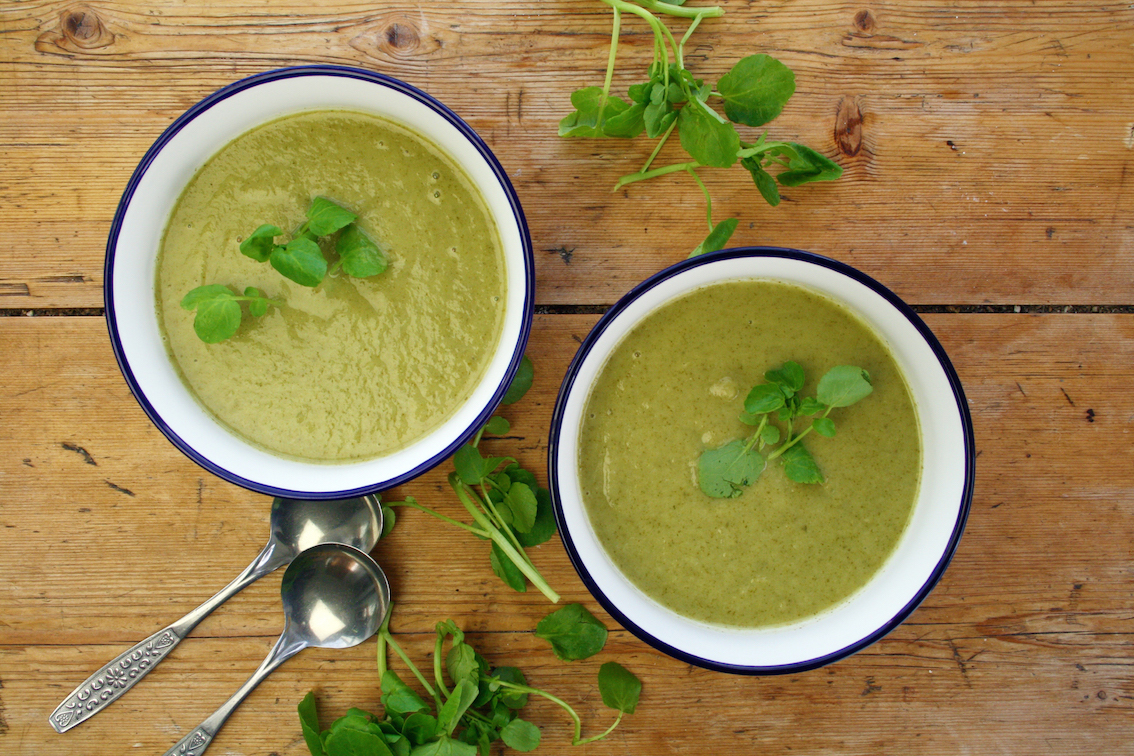 … when we first moved to Belleau about 12 years ago I remember being told by a local that the area used to be famous for its watercress beds and in fact there is still wild watercress growing in the chalk stream in the field opposite the cottage… then, last week when I posted a picture of my watercress delivery from the lovely people at Love Watercress, Sarah, the lady who we bought the cottage from sent me some more info about it.  It turns out that watercress was grown at Belleau between 1911 and 1970 by three generations of the same family. The watercress was taken by donkey cart to the Aby station for dispatch to markets in the north of England. The pure spring water, which ran through the watercress beds, provided a perfect growing medium, but sadly, severe river flooding in 1968 and 1969, coupled with the closure of the Grimsby to Peterborough railway line caused its demise… I love this little bit of history about my insignificant little village and what a shame that such a successful business was ruined by the foolish choices of ‘men in power’ making decisions about the national infrastructure… 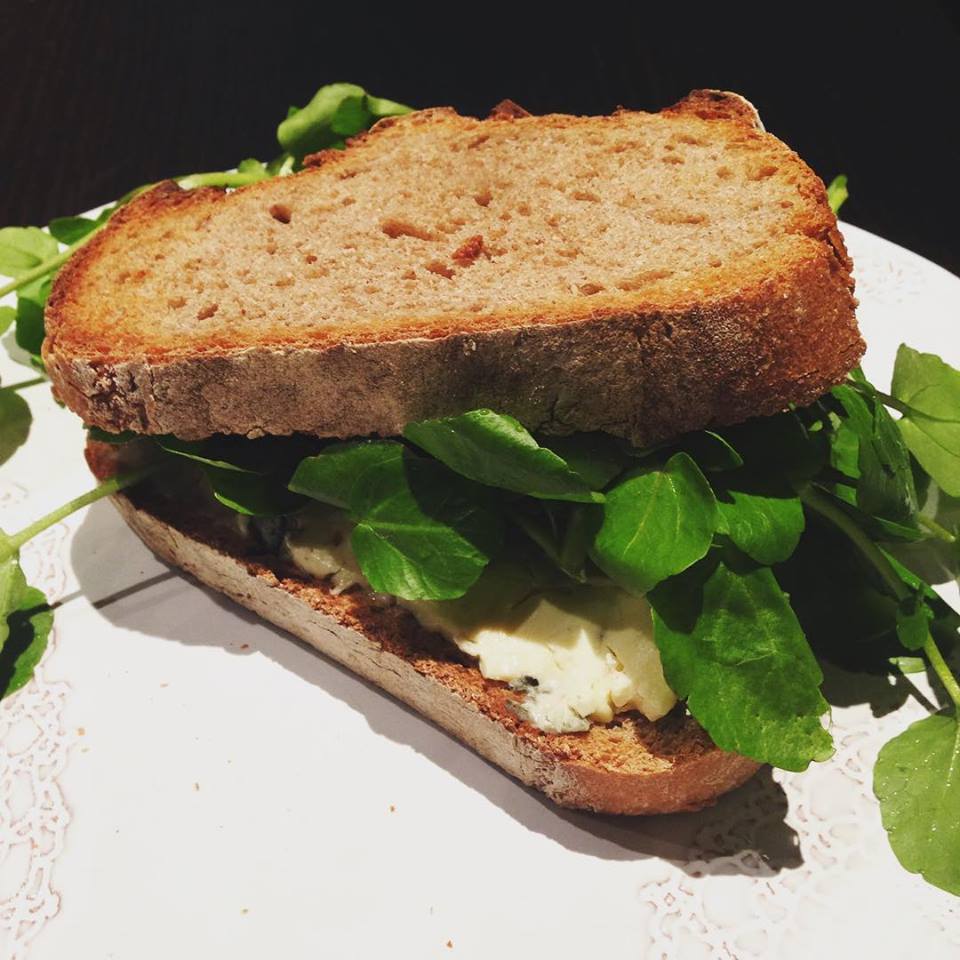 so when I received the watercress to the cottage it was a little like sending coals to Newcastle but never one to turn down some glorious fresh green stuff I greedily accepted… I adore watercress.  Its peppery, earthy taste compliments many rich dishes such as beef and oily fish but its versatility as one of those vegetables that works as both a salad herb that can be eaten raw and a green vegetable that can be cooked into soups and stews that I love so much.  There is nothing more wonderful than a simple fresh watercress sandwich on dark rye bread with perhaps a slither of mild blue cheese but it’s this classic soup that I haven’t had in a long time that I had to turn to this time… 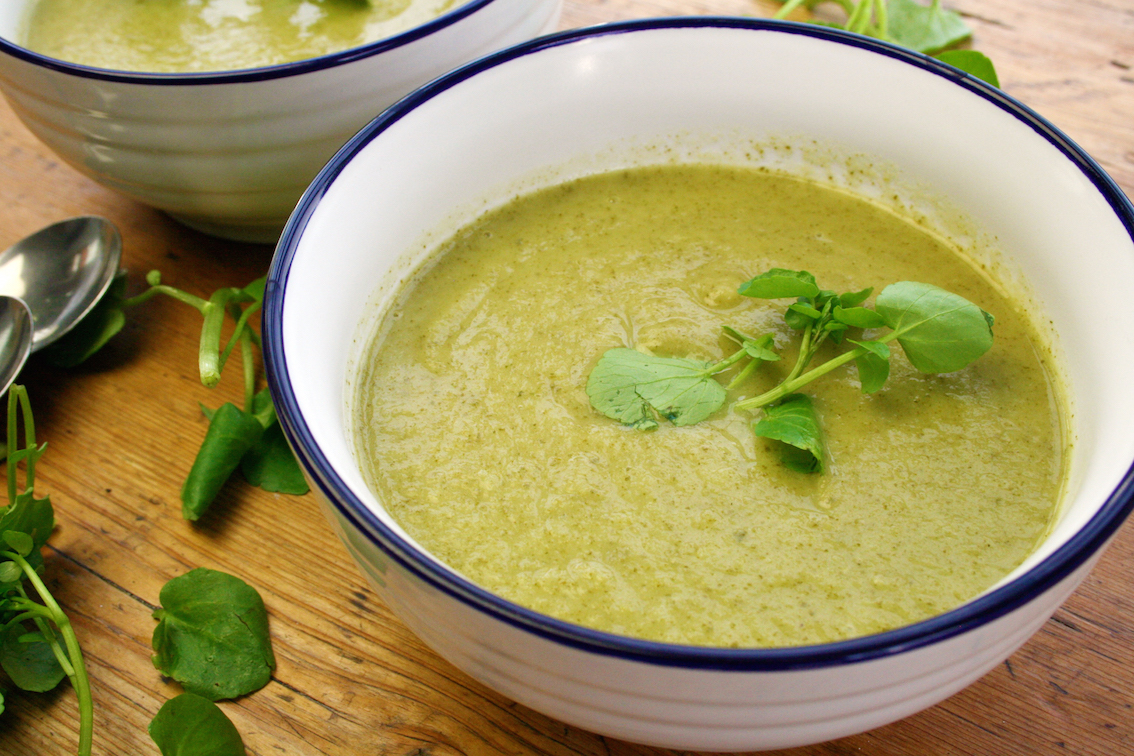 watercress, turnip and blue cheese soup
I adore this soup.  It comes from my grandma Sylvia and it’s THE soup that reminds me of Sunday lunches at her house when we were kids.  The whole London-based family would get together and run riot at grandma and grandpa’s house… knees were scraped… fights broke out (and not just between the kids) there were tears of joy and pain… endless games of cricket and rounders in the summer and never-ending games of Monopoly on the colder and rainy days… plays were written and performed on the double bed in the spare room… and of course most importantly great food was eaten.  It was always a three course Sunday roast, staring with soup and then tea and cake was always served at 4pm.  There were many soups but this was my absolute favourite…

heat a little butter and olive oil in a large pan and throw in the onions.  let them sweat for roughly 5 mins until they begin to soften and turn translucent, then add the turnips, stir and let them sizzle a little in the heat before placing the lid on and letting them gently sweat until soft – roughly eight mins with a few stirs in between to stop them sticking.

take the lid off and lay the watercress on top without stirring and place the lid back on.  Let the watercress wilt till very soft – roughly 5 mins, then season well with salt and pepper, add the stock and let the whole thing gently bubble away for 15 minutes

turn off the heat and let it cool for 10 minutes before whizzing with a stick blender until smooth, then add the blue cheese and whizz again until it has all melted into the soup… serve immediately 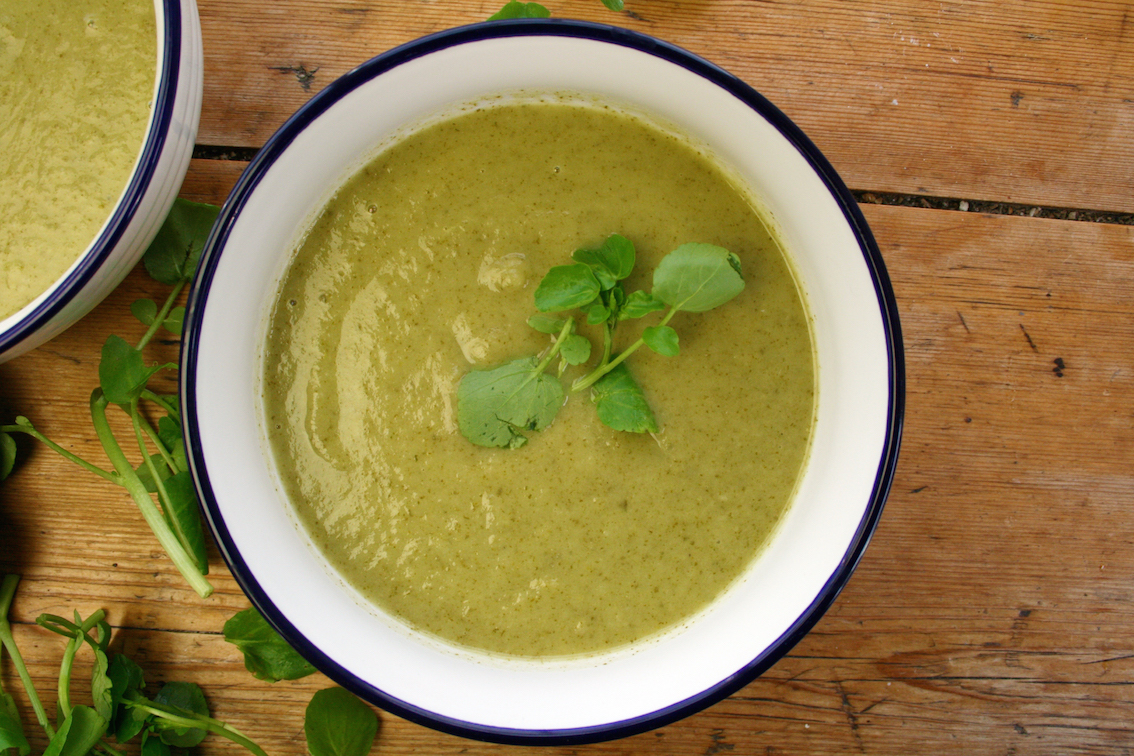