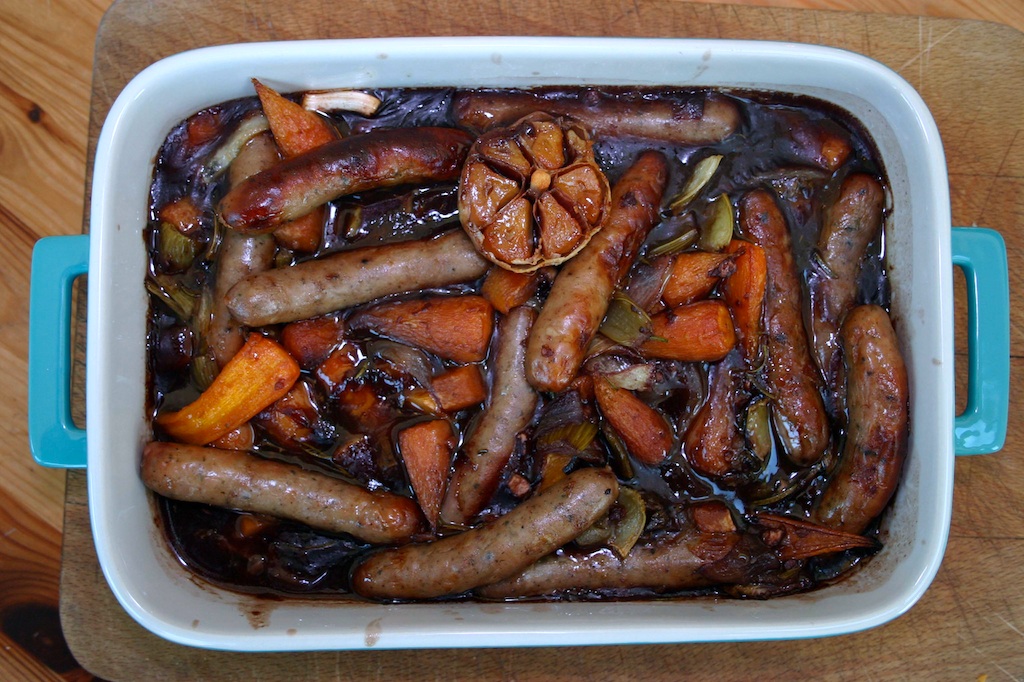 … my local town of Louth recently won the coveted title of Britain’s Favourite Market Town by the viewers of BBC’s Countryfile… it’s an honourable award to win and well deserved I feel, as the little town, known locally as the capital of The Lincolnshire Wolds, is a little stuck out on a limb over on the east coast, with no rail links and no major roads it is quite literally on a road to nowhere. Indeed it is thriving with thankfully very few empty shops, many lovely cafes, fine restaurants and pubs, it also claims the most hysterical department store called Eve and Ranshaw which is like something out of a Victoria Wood sketch and as well as a regular weekly market also has a fantastic Farmers Market once a month… 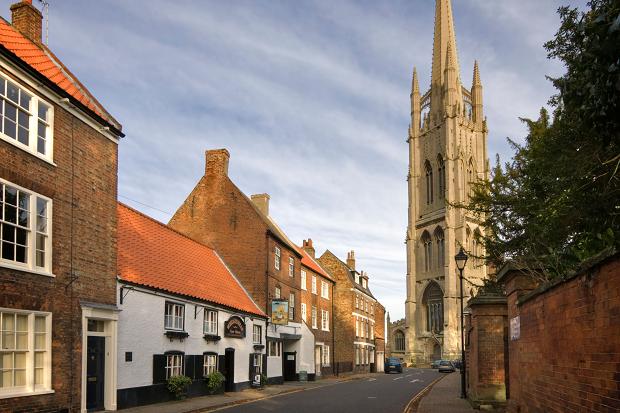 … with classic Victorian and Georgian buildings and little winding, cobbled streets it’s like something out of a Dickensian novel… in fact now that it’s decorated with all it’s twinkling Christmas lights it wouldn’t look out of place as a location for Hollywood production of A Christmas Carol… we may need a sprinkling of snow just to add a touch of sparkle… 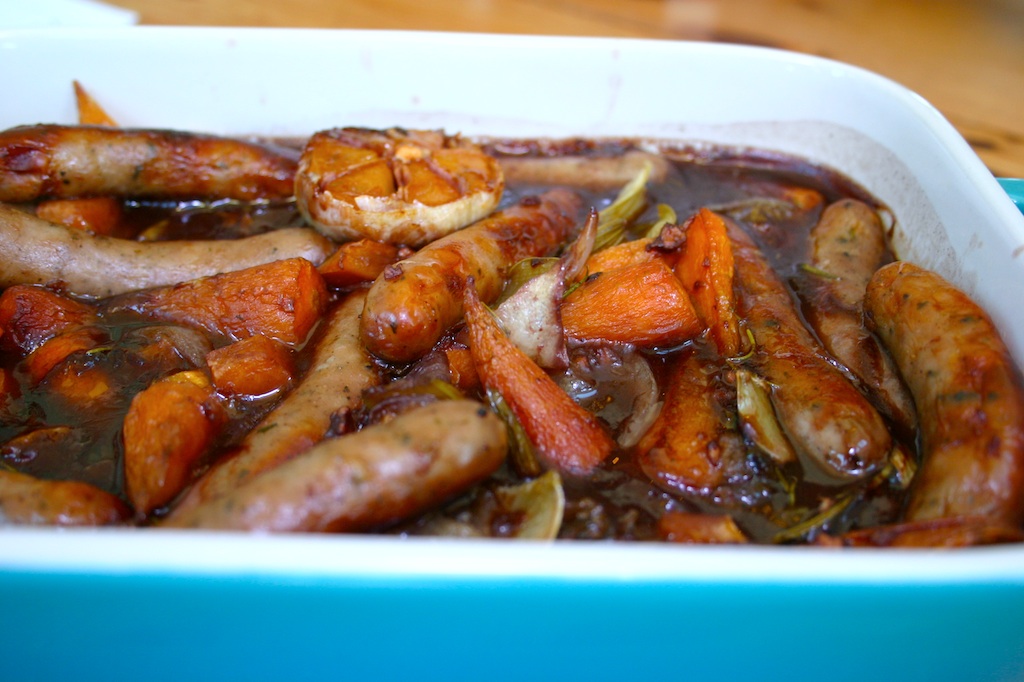 6 venison sausages
1 large onion – roughly chopped
2 sticks of celery – roughly chopped
half a small swede – diced
one bulb of garlic cut in half through the middle
roughly 10 small chantenay carrots – topped but left whole
1 glass of red wine
2 teaspoons liquorice and bramble jelly
1 teaspoon corn-flour
1 teaspoon vegetable stock powder
1 pint boiling water
– pre-heat the oven to 170C
– throw the onion, garlic celery, swede, carrots and sausages into an oven-proof dish, preferably one that can be transferred to the hob afterwards, drizzle with a little olive oil and season and roast gently for about 30 mins until the sausages are beginning to turn golden
– transfer the glorious contents into a casserole dish leaving the juicy bits in the tin and set aside whilst you make the gravy by placing the roasting tin on the hot hob and add the wine, water and jelly.
– stir constantly whilst adding the corn-flour and stock-powder to thicken. Let it bubble away for another five minutes then pour onto the casserole
– roast in the oven for a further 15 minutes until bubbly and hot… serve with a creamy celeriac mash or something suitably stodgy…
eat and of course enjoy!