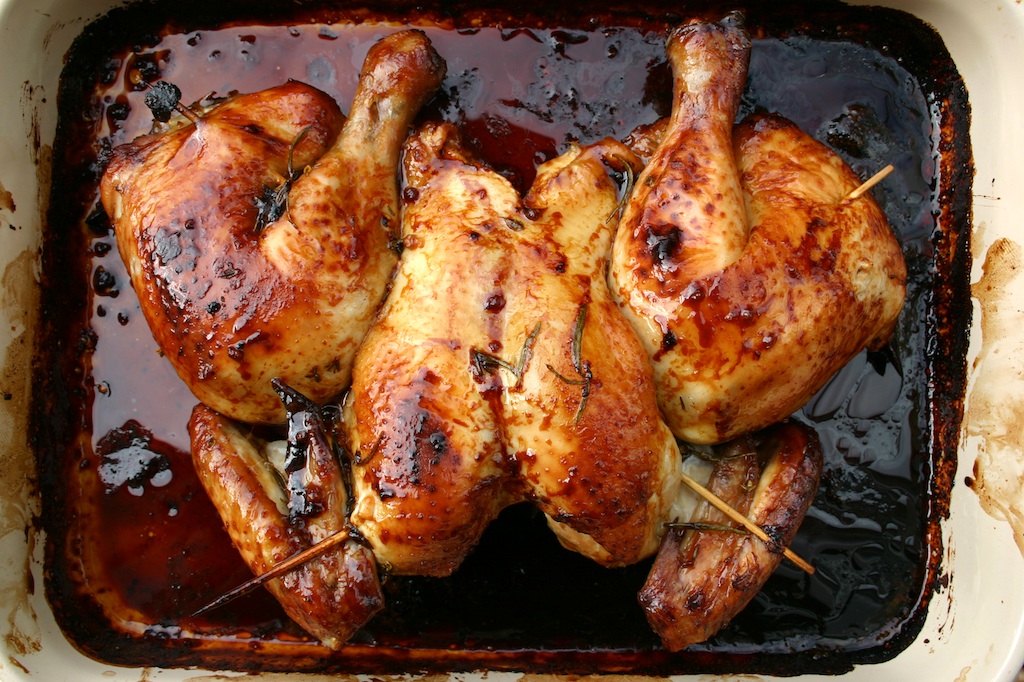 … isn’t it funny how we’re influenced by the little things in life… I went to the Alford Festival today, it’s an annual festival of folk music and craft that has come on leaps and bounds since we first attended over 15 years ago… i’ve mentioned this many times before but many of the small towns in the UK are dying a death, with the locals happy to shop in the big out-of-town supermarkets they have to try really hard to pull in the crowds and these big festivals are exactly what we need to promote the excellent local talent… The Alford Festival has also always traditionally been the focus for many Morris Dancers who are so wonderfully creative with the costumes and dances, it’s days like this that really do make you realise just how bucolic our life is here in the middle of nowhere… 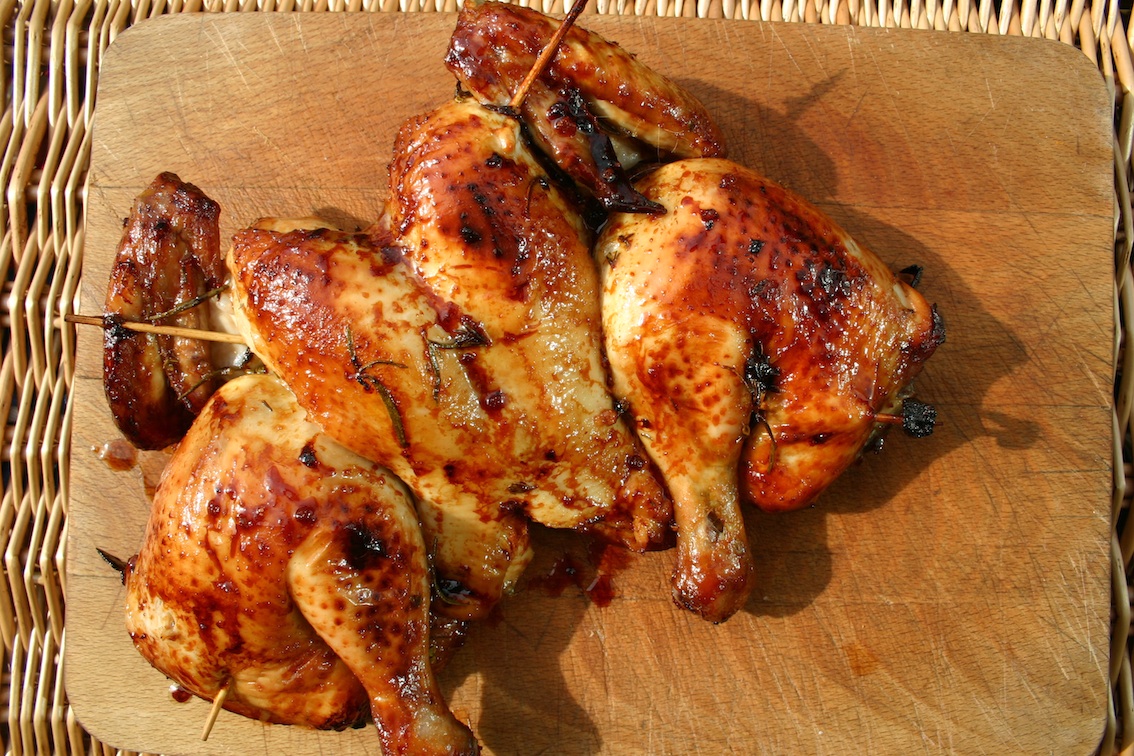 – mix well all the marinade ingredients in a bowl

– pour the marinade all over and rub it well into both sides of the chicken, then skewer the chicken with two skewers in a X shape driving the skewer through the thigh meat and on into the breast and out the other side, this will help keep it flat whilst grilling or baking, wrap in cling-film and marinade in the fridge for at least an hour

– remove the cling-film, replace with foil and place the chicken in a warm oven, roughly 170C for 45 mins… the foil is there because of the high sugar content of the marinade which you don’t want to burn… turn the chicken over after 30 mins, then back again after 45 mins when you can remove the foil and let it turn golden and crisp up a little