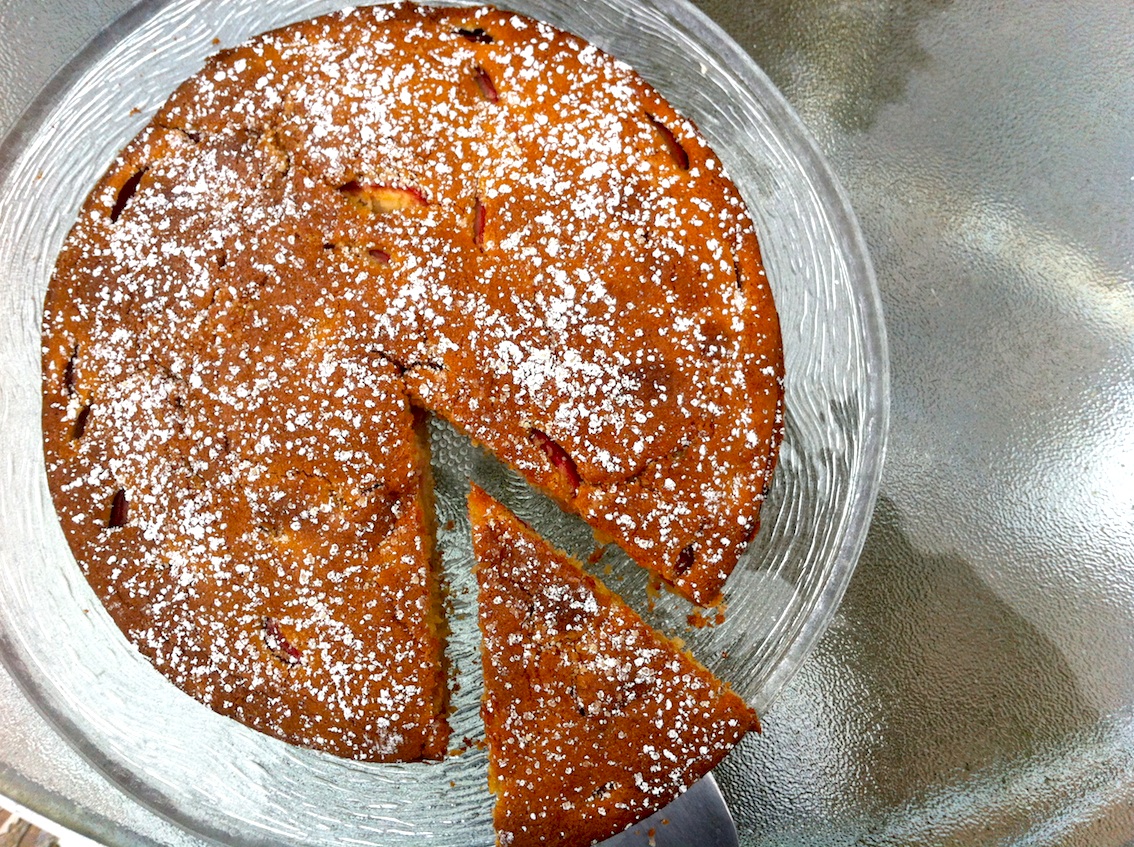 … i’ve come down to London for a couple of days to meet with potential sponsors for Mums Show Live and catch up with old friends… and i’m sitting in my mum’s living room as the most incredible sweet and heady smell wafts through the house… I walked in this morning as a plum cake went into the oven and as I write this post, mum and her gaggle of bridge-playing girlfriends make geese-sounds as they tuck-in to freshly baked cake at the half-way point in their weekly suburban gambling ritual… I swear to god, behind those suburban net curtains its like a mini-episode of Desperate Housewives with mum taking the role of Bree and her infamous baking… I don’t think they’ve murdered anyone just yet but I honestly wouldn’t put it past them… you should hear them!

… it’s funny how, even after all these years, the smell of cake baking in mums kitchen is the most incredible and comforting of all smells and although she bakes more than her fair share of cakes on a regular basis there’s still something special about walking into the kitchen as this smell permeates the air… 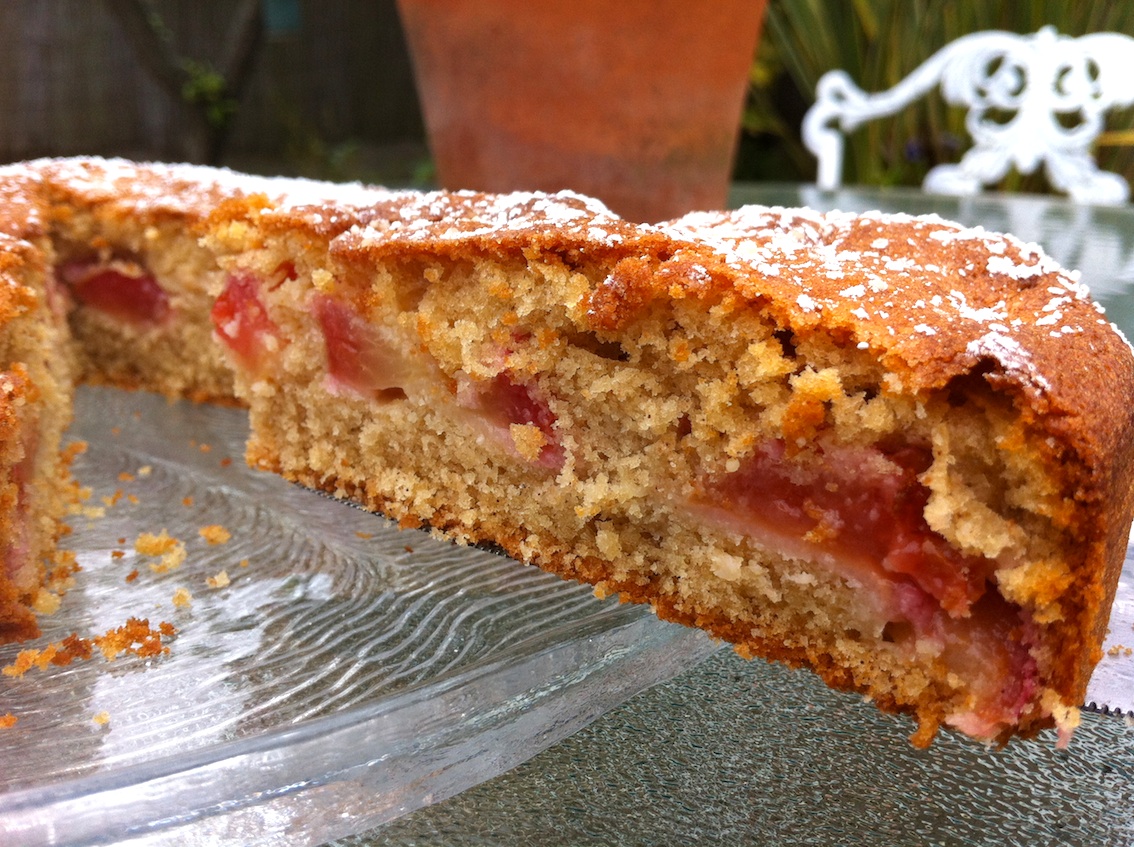 Victoria Plum Cake
this is the quickest of cakes to bake… it went from butter and eggs to bridge-table in under an hour, still slightly warm… mum’s recipe is hand-written and is under the title of Peach Cake or Plum Cake and then with another note saying or Nectarines or Apricots… as though she would need reminding that any stoned fruit would work here… mum used some frozen Victoria Plums which had been halved and de-stoned but I am assured that any plums will do, fresh or frozen…but because these are Victoria Plums i’m entering them (on my mum’s behalf) into this months AlphaBakes challenge… hosted alternately by Caroline from Caroline Makes and  Ros from The More than Occasional Baker for which we have to bake something under the letter V…

– grease and line a round spring-form tin

– in a bowl, cream the butter till light and fluffy, add one egg and beat in, then add half the flour and the cinnamon and beat in

– beat in the milk till you have a soft batter

– pour half the batter into the cake tin, lay the plums on to this, then pour the remainder of the batter on top.

– bake for 40 mins or until golden

– sprinkle with icing sugar and eat with friends