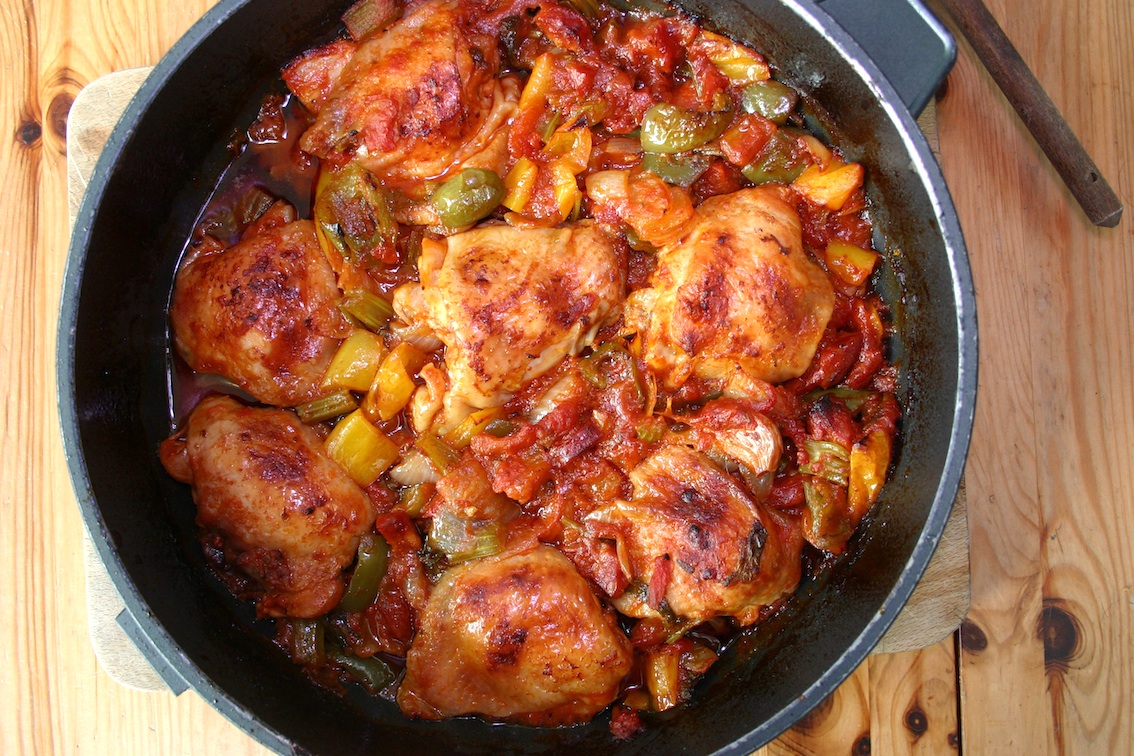 … ok I confess right from the start that this is not an authentic gumbo recipe… although it seems, judging by the internet there’s a lot of consternation about what it is exactly that makes an authentic gumbo recipe… and then there’s the difference between creole and cajun… but as with all my chicken thigh world tour recipes, it’s my take on the dish… plus i’ve never eaten gumbo or any creole cooking in my life, so I have NO idea what it’s supposed to taste like… but if it tastes half as good as this deeply hot and spicy dish, then look out Louisiana i’m on my way…!

… not to say I haven’t had help here… I did get some wonderful direction from the very lovely Jenn over at Jenn’s Food Journey who’s brother-in-law is a Creole Cooker (her words, not mine…) and so knows a thing or two about what’s what… apparently as long as I capture the essence of Creole in what is know as the Holy Trinity of Celery, Bell Peppers and Onions then I should be on the right track… i’m also using a chorizo sausage in here for extra spice which adds an authentic Spanish heritage to this dish… 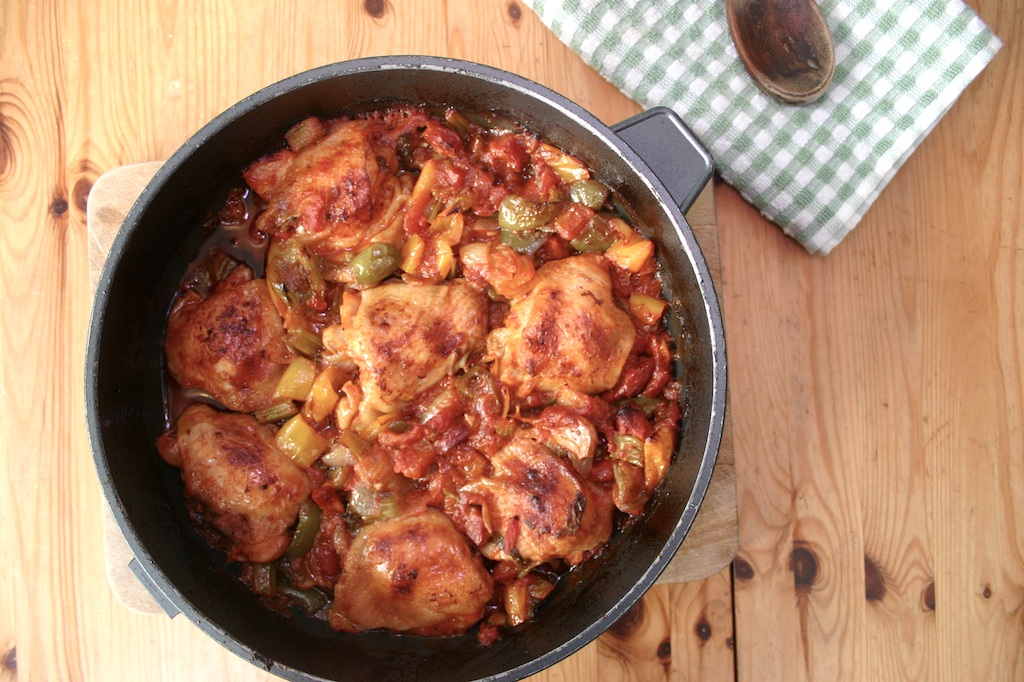 – throw all the non-meat ingredients into the bowl and mix it all round, now add the chicken thighs and sausage and let it marinate for at least an hour

– place the whole thing in an oven-proof dish with a lid and roast slowly for 2 hours on 170, turning occasionally and checking for dryness, which shouldn’t happen but if it looks a tad dry add a little stock

– after 2 hours, take the lid off, turn up the heat to 200C and roast the bugger out of it till its nice and gloriously golden