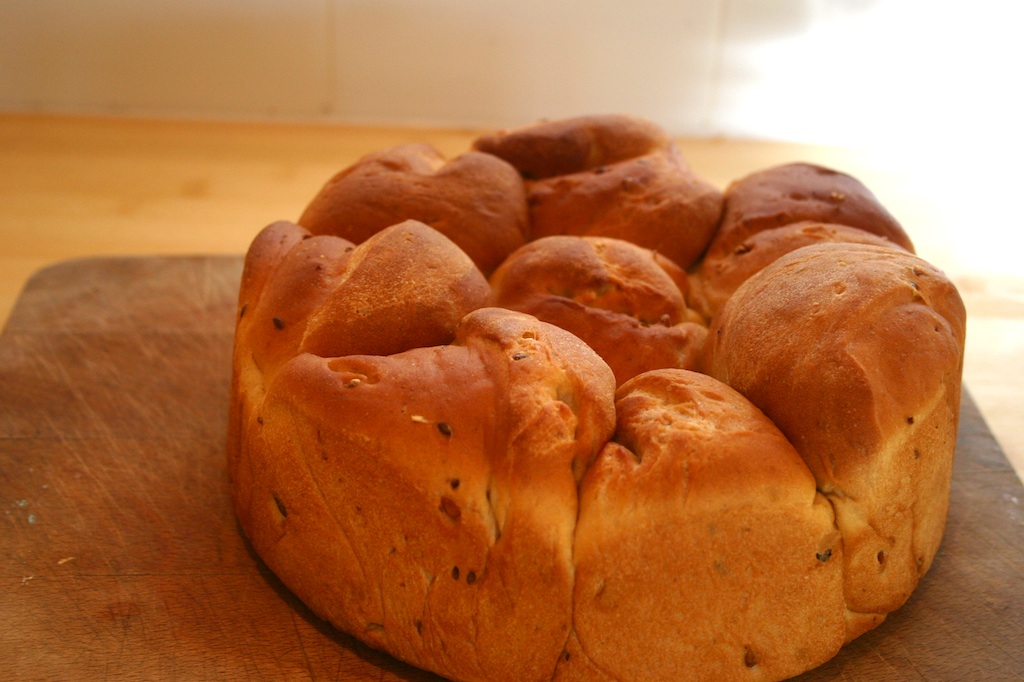 … I wasn’t too happy with my recent Pumpkin Cluster Bread, even though it looked so good it suffered from the curse of the pumpkin… blandness… I was under the misguided impression that the added parmesan would give it the saltiness it needed but I was mistaken.  The pumpkin is such a dull vegetable it really needs extra salt and sugar to enliven it and even though Victoria from 21st Century Urban Housewife made it recently and said it turned out perfectly fine, I was not happy with mine… 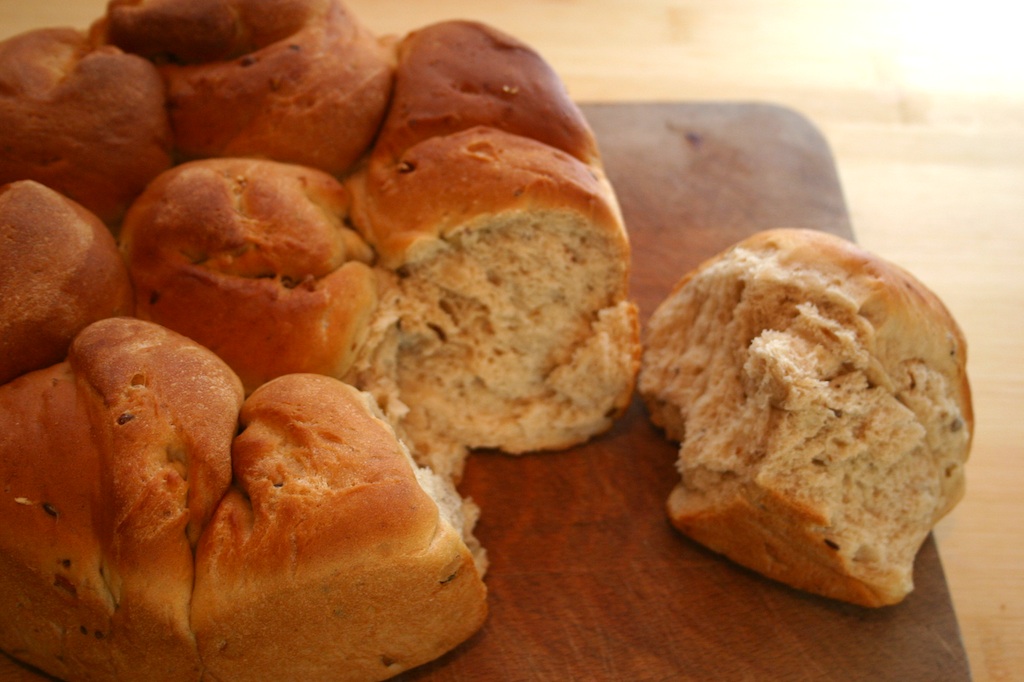 – combine the flour and salt in a large bowl, drop in the honey and oil

– warm half the milk in the microwave and whisk the yeast into it, set aside for 10 minutes

– add the yeasty milk to the flour and start to combine (I use a rubber spatular and then my hands) and add more milk until it forms a dough – you may not need all the milk.

– tip the dough out onto a lightly floured surface and knead for at least 10 minutes until nice and soft, then place the dough into an oiled bowl, cover with cling film and let it rise for an hour or until it has doubled in size. (mine goes into the airing cupboard)

– once the dough has risen, tip it out onto your work surface and whack it around a bit, then gently roll it out into a fat sausage, with a sharp knife, cut it in half, then in half again and again until you have 8 even sections, roll these into balls

– grease and line a 20cm loose bottomed, springform cake tin and place the balls into the tin, starting with one in the centre and the rest around the outside.