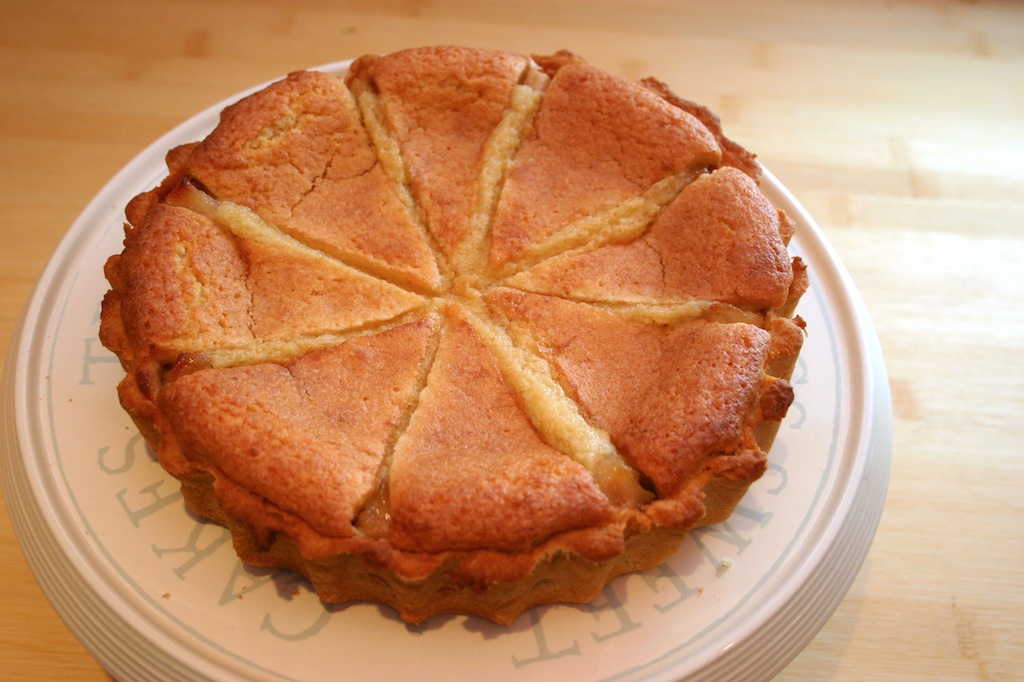 a little sweet treat for this sunny Lincolnshire Saturday… there are a lot of these pear frangipane tarts around at the moment but I think this one takes the biscuit because of the caramelising stage which adds a nutty depth to the finished tart… the original recipe called for using pair halves but i’ve used eighths placing the sharp edges face up which has created this interesting pie-section effect… I also used Comice pears which are divine at the moment and fresh from the orchard at Gunby… the pear has nearly melted during the cooking process making for a really moist gunky cake… divine!
… I also think there was a typo in the original recipe as it recommends you use a 20cm tart tin and 4 pears but I had both a lot of pastry and a lot of frangipane mix left over as well as using only one pear (albeit very large) … although I made a little loaf cake out of the remainder mix, which mad a delightful midnight snack last night! 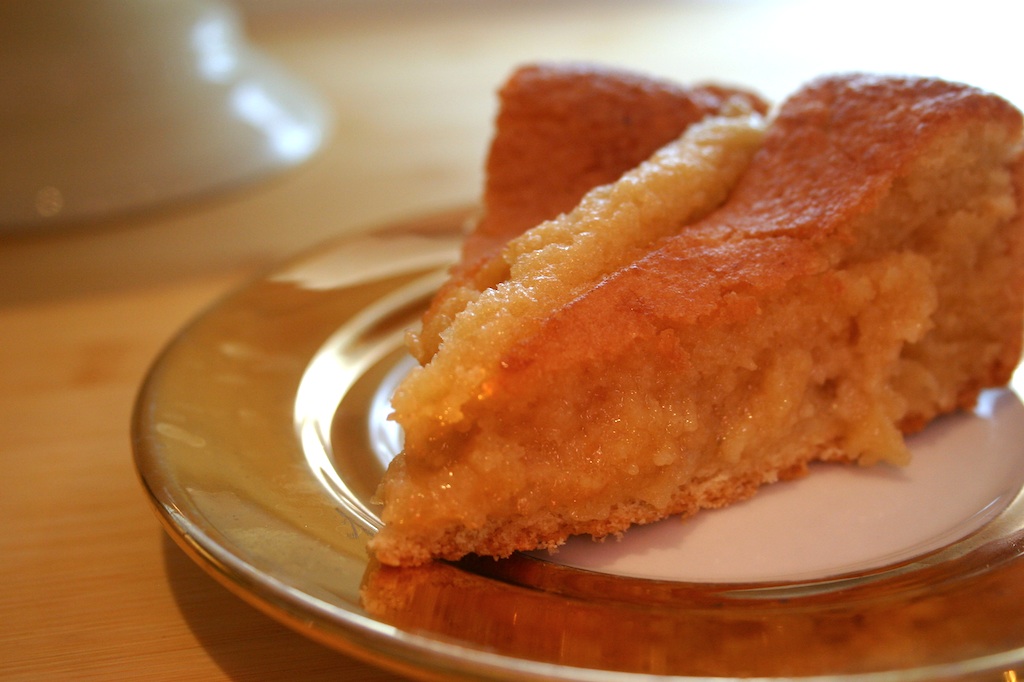 caramelised pear frangipane
to caramelise the pears
2oz butter
2oz caster sugar
4 pears, peeled and halved (I used 1 large pair and divided it into eighths)
to make the pastry
8oz plain flour
3½oz unsalted butter
1oz caster sugar
1 free-range egg
1 tbsp milk, to bind, if required
to make the frangipane
8oz unsalted butter
8oz caster sugar
4 free-range eggs
1 lemon, zest only, finely grated
2oz plain flour
6¼oz ground almonds
– Melt the butter with the sugar in a large frying pan and cook until the sugar has dissolved and the mixture has become a golden-brown caramel.
< span class="Apple-style-span" style="font-family:Georgia, 'Times New Roman', serif;">
– Add the pears and cook, turning once, until caramelised all over. Remove from the heat and set aside.
– For the pastry, place the plain flour, butter and sugar into a food processor and pulse together until the mixture resembles breadcrumbs.
– Add the egg and pulse until the mixture just comes together as a dough. Add a little milk if required.
– Remove the dough from the food processor and roll to form a ball. Wrap in cling film and chill in the fridge for 40 minutes.
– Preheat the oven to 180C.
– Remove the dough from the fridge and unwrap. Roll the pastry out on a clean, floured work surface to line a 22cm tart tin. Transfer to the oven to bake for ten minutes, or until golden-brown.
– For the filling, mix the butter and sugar together in a bowl until light and fluffy.
– Add one egg at a time to the butter mixture and mix well, before adding the next (this can be done in a food mixer) until all the eggs are mixed into the butter and sugar.
– Add the lemon zest, plain flour and ground almonds and mix well to combine
– Spoon the filling into the baked pastry tin and press the caramelised pear into the filling, so that they are half-submerged, if you want to copy my technique simple lay each eighth of pair opposite each other with the sharp side up.
– Transfer to the oven and bake for 30 minutes, or until the filling is cooked through.
eat and of course, enjoy!