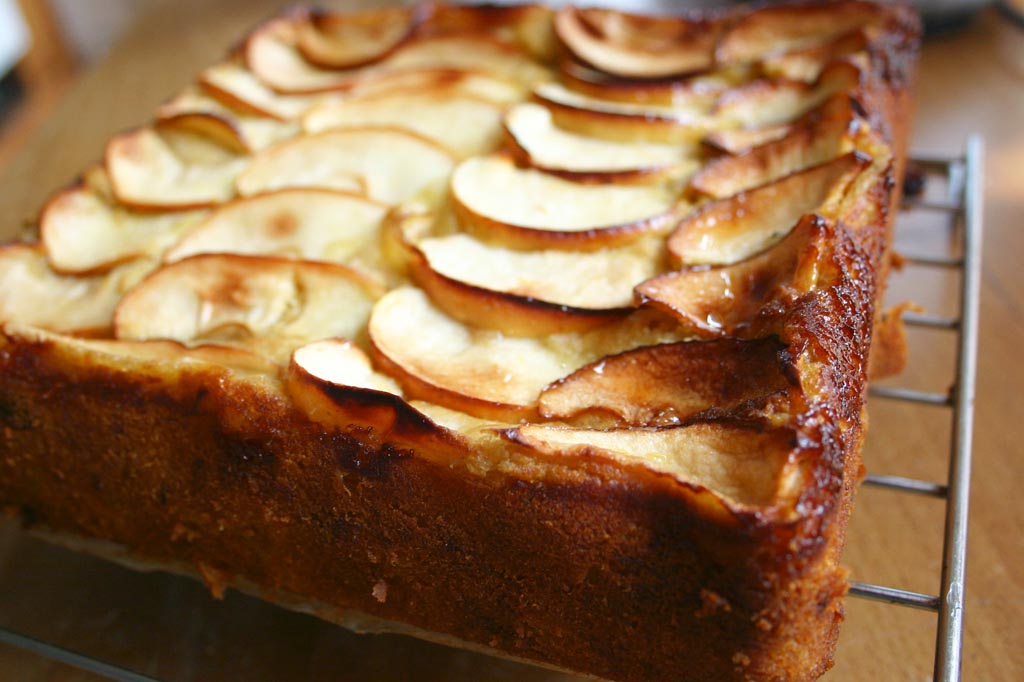 ahhhh… the whole house smells of baking apples, cinnamon and sugar… it’s one of those warm, comforting but distinctly Autumnal smells that every country cottage owner desires and every city dweller imagines that every country cottage smells of… I even have one of those smelly candles called, ‘apple cake’ I think, which mimics this exact smell… it’s truly delightful but edging just ever-so-slightly over into nauseous!

As part of my on-going Gunby Hall baking sessions I have been given a 2 huge crates of apples from last season… they’ve been stored in the dark, in an 18th Century apple store on layered wooden racks and so whilst they’re very clearly on their last legs, they are still packed with flavour and very moist… I love the fact that this is how we would have stored and eaten apples year round back in the 18th Century, rather than the dreadful 21st Century, chemically enhanced / frozen apples we get shipped to this country from as far and wide as New Zealand of all places…!  This is one of those times when the advancement in science and technology just doesn’t make sense… 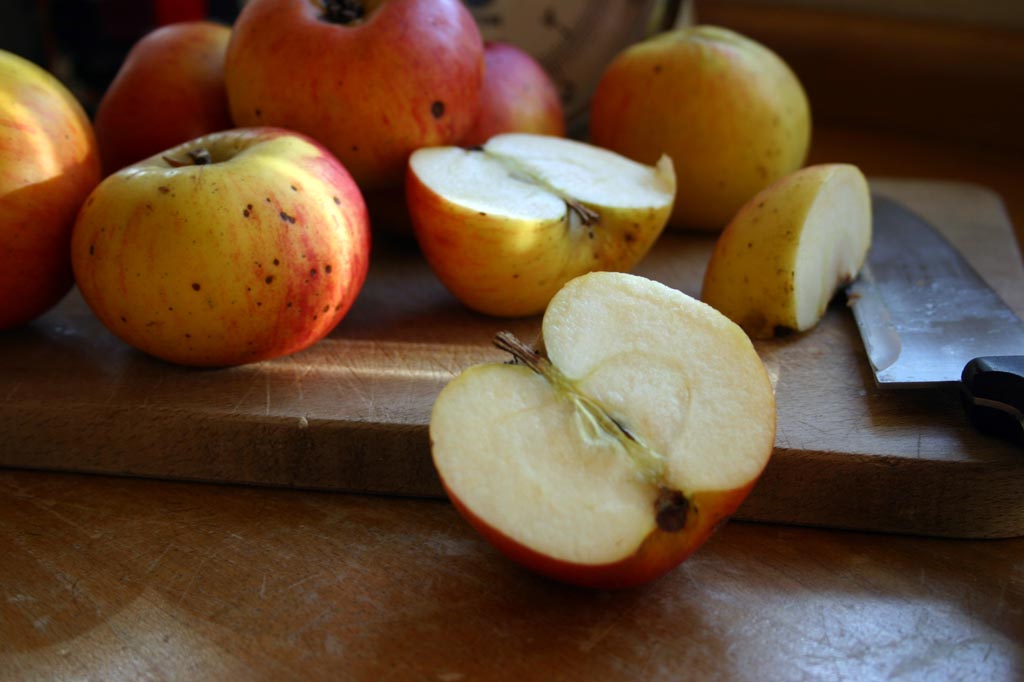 anyway, it leaves me with a glut of apples and little time to do stuff with them… I have pureed a lot of them but many I have baked into a few of these incredible cakes, the recipe for which my mum has kept stashed in her recipe collection for years… I urge you to bake it, it’s so easy to make and tastes divine… you will never look back.

– cream the butter and sugar until light and fluffy, sprinkle in the cinnamon

– add one egg and whisk it into the batter, then add half the flour and whisk again, repeat with the other egg and the remainder of the flour

– add the milk to slacken the batter slightly.

– fold in the saltanas and the apple chunks

– pour in to a greased and lined caked tin… I used a 9inch square but any shape will work.

– line the top of the cake with finely sliced apple segments and brush with melted honey.

This cake batter works equally well used in muffin cases (obviously the baking time is less) but it also works using stewed fruit (I did it with stewed apples and rhubarb.)