I’ve been doing an awful lot of savoury stuff recently and now I fancy something rich and sweet…. I’ve adapted the very popular Delia Smith recipe for Baked Apple and Almond Pudding to make the most of the last of the rhubarb… I thought it had all gone but Tracey trimmed and tidied her plant and cut off the very last of the stems.  Some too woody to use but what I managed to put into this pudding still tastes sweet and sharp and full of summer. 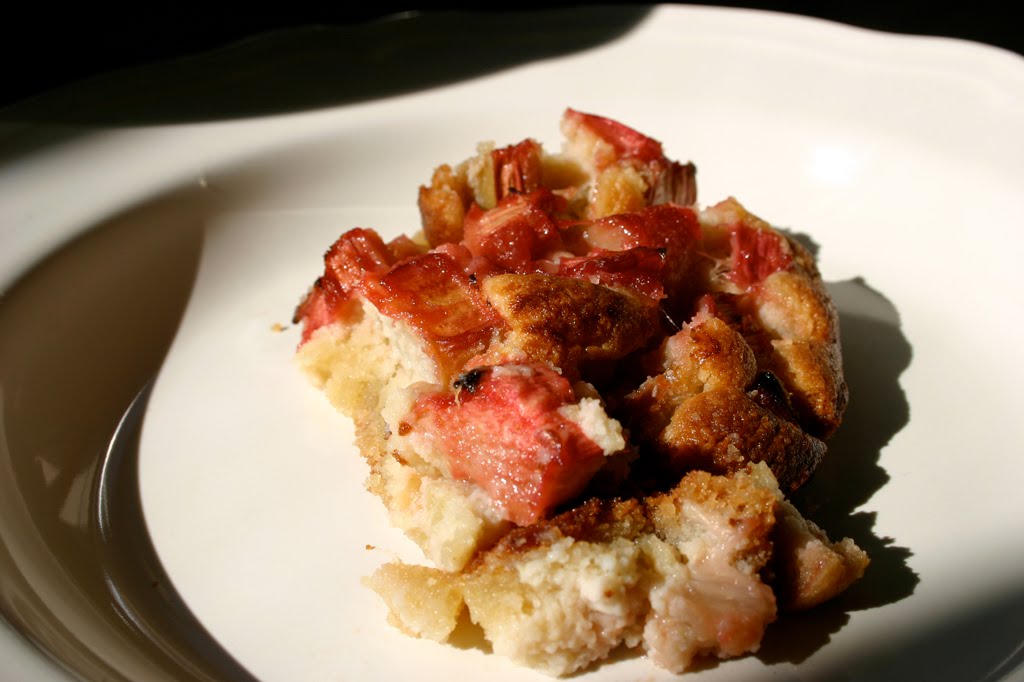 On a very low heat place the cut rhubarb and brown sugar into a large saucepan and let it all melt together, but watch it… don’t let it burn.
Meanwhile, cream the butter and caster sugar till light and fluffy, then add the beaten eggs a bit at a time, stirring until it’s all incorporated.  Then gently fold in the ground almonds.

By this point your rhubarb should be ready… In Delia’s recipe she says to put the baked apples into the pie dish first but i’m doing it the other way round… poor the almond mix into the dish and lay the rhubarb on top.  Bake it for 1 hour at 180c.  This way, as it cooks the rhubarb will caramelise and the almond mixture will rise up and gently surround the fruit, wrapping it in a soft blanket of sweetness.