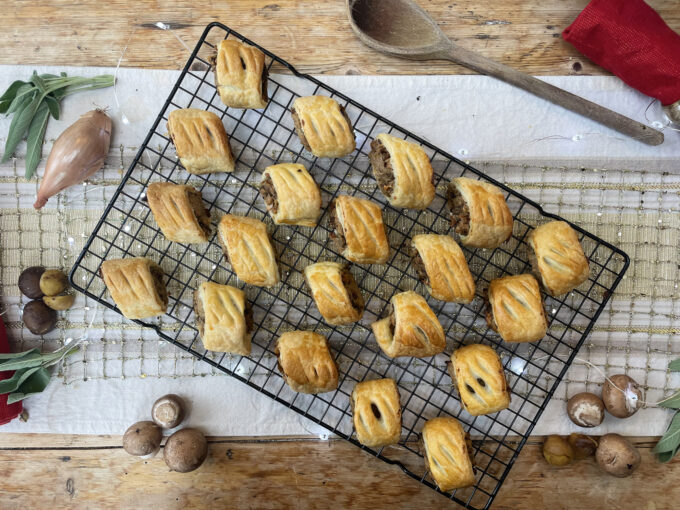 The lovely people at Quorn asked me to work with them again to develop my infamous vegetarian sausage rolls and make them fully vegan using their Brilliant Bangers. The ultimate festive party food must be the humble sausage roll.  These best ever festive vegan sausage rolls are extra special because of the filling. I have a little secret; it’s called stuffing mix. I use my favourite vegan packet mix.  There’s just something so specifically Christmassy about including stuffing in a sausage roll that takes it to another level. The stuffing mix is just the base, I then add all kinds of divine Christmassy flavours.

Of course the filling is important but at the end of the day, the best thing about a sausage roll is the pastry.  So that’s where we’re starting with these.  I’m making a classic flaky pastry but don’t be too panicked, it’s not that hard, you just need some patience and a little bit of time.  I like to get up early on a Sunday and make it in a quiet kitchen before anyone else awakens. The recipe below is enough for about 20 small sausage rolls which quite frankly is not enough, so I tend to double the recipe.  It freezes well so if you don’t use it all it’s not a major issue.  You can of course just use your favourite ready made puff pastry sheets! 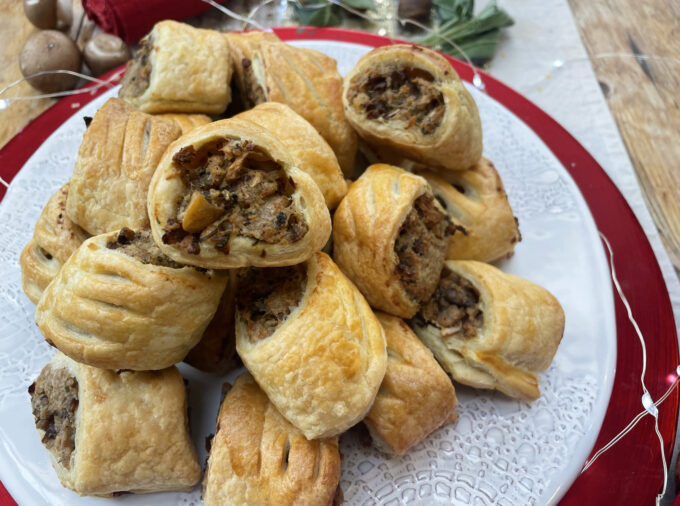 for the vegan egg wash

Now onto the filling. 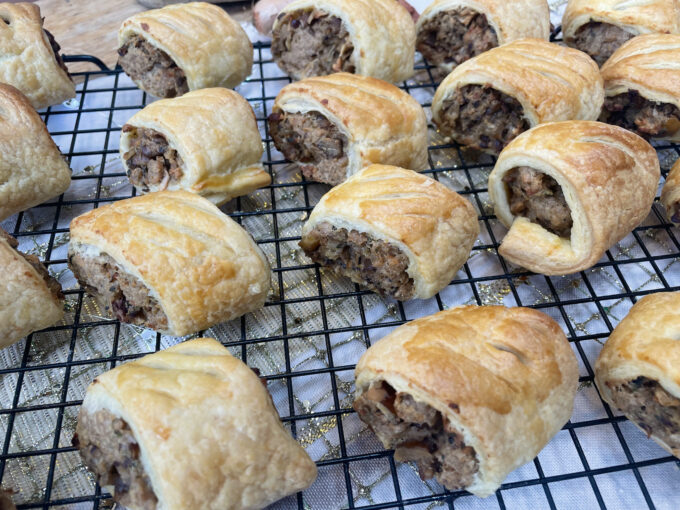 Check out Dom in the Kitchen for more Christmas Party Food recipes.