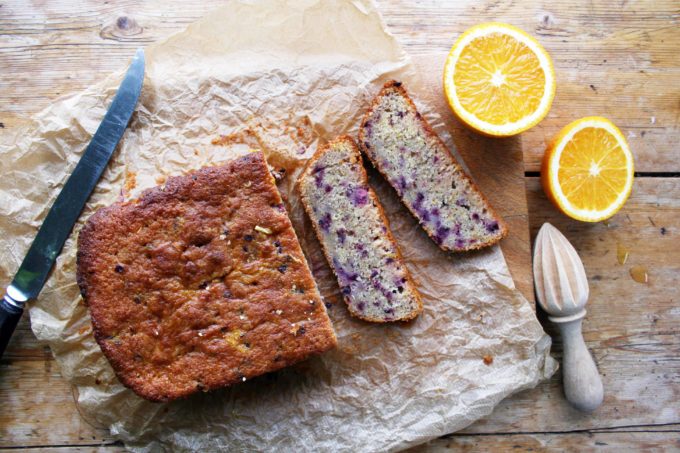 This blackberry, orange and almond pudding cake is going to be my last cake until Christmas. I have this little ritual that because we’re coming up to cake season I like to take a little #cakebreak before I start indulging in all the Christmas goodies.  So (and yes I realise this is like eating chocolate on day one of a diet) I’m starting my cake break by eating a cake.  My last cake for 3 weeks!

This is such a simple but delicious cake that has something about it that is also slightly pudding-like.  It’s not just because I’ve baked it in a pudding tin, it’s also the inclusion of the ground almonds that really makes it feel more of a sponge pudding than a proper cake.  It’s as naked as the day is long and in fact tastes divine both slightly warm but also at room temperature.  A dollop of ice cream or even custard wouldn’t go amiss either!

I’m using the ‘weigh the eggs’ method which is one of the easiest and failsafe recipes for cake baking.  As its name suggests, you weigh your eggs (in their shells) and then use the equivalent weight of butter, flour and sugar.  It honestly couldn’t be simpler.  If you’re doing a standard sponge cake use 3 eggs.  I’d normally use large eggs but I found some delightful Clarence Court Burford Browns that make for some divine baking, so I’m using those. 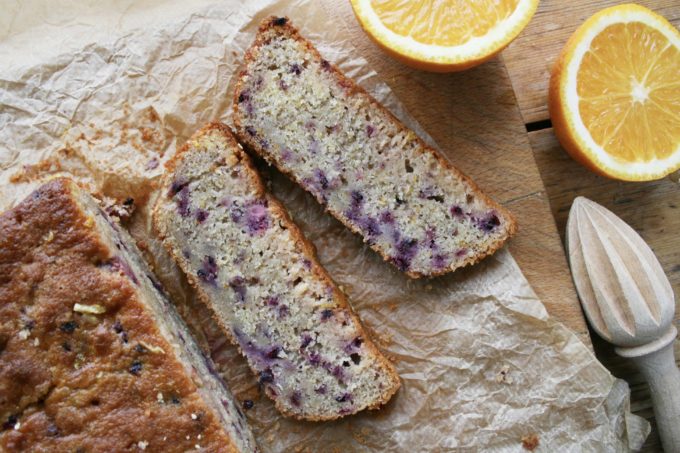 for the syrup and glaze

I’m using my smeg stand-mixer with a paddle attachment but this can easily be done with a large bowl and an electric whisk, or even a wooden spoon if you’re feeling active!

Start by mixing together the flour and ground almonds.

Next, beat your butter and sugar together until the mixture becomes super-soft and fluffy and pale.  This takes roughly 5 mins with an electric beater or about 8 minutes by hand

Then add one egg and 1/3 of the flour and ground almond mix and beat in well, followed by another egg and another 1/3 of the flour mix which you should beat in.  Then add in the last egg and the remaining flour but before you beat it all together, add the orange zest, a tablespoon of orange juice and the blackberries. Then beat them all in.  The blackberries will disintegrate somewhat but this is exactly what you want to happen.

Bake on 170C for at least 35 mins or until the cake is golden and risen and a skewer inserted comes out clean. 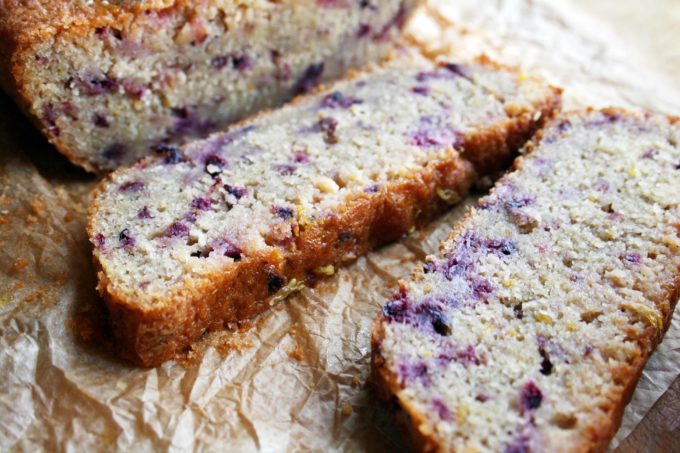