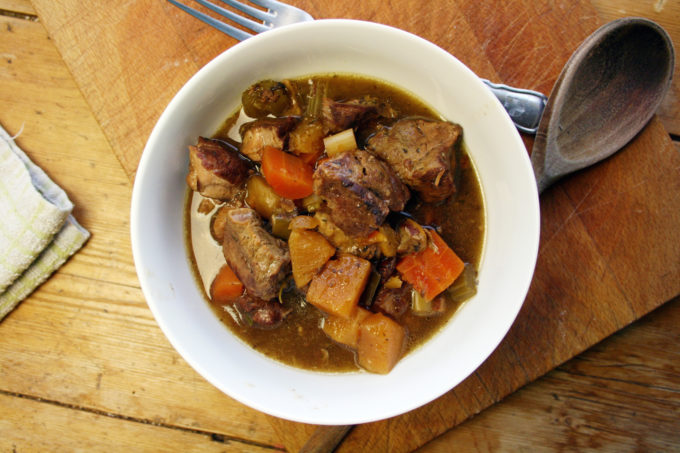 … as many of my blogger-friends will know, the winter months can be mean to the amateur photographer.  If you’re anything like me, you’ll have spent years chasing the daylight around the house, tables set up in front of windows, moving props from front room to upstairs spare bedroom as the daylight teases you with its never ending tango across the sky and then when you’re finally ready to shoot the worst thing ever happens – the sun actually comes out and ruins the picture with actual sunlight.  There were even winters when I took to setting up an old door on the back lawn which I would dash out to to grab that perfect light.  I have since of course invested in a lamp or two (although if truth be told these need updating) but I am still wary of how much space they take up and subconsciously dart around the house, setting up the lamps in order not to get in the way… and of course in the winter it’s twice as bad because I’m after some natural light as well as the light the lamps provide so i’m up early, cooking food an unusual times and still cursing the light!  of course I consider myself a hobbyist… my blogging comes from a passion for food and writing, i’m not trying to make a living out of it but I know one or two full-time food bloggers who are fortunate enough to have styling rooms and my dear friend Lisa Potter Dixon who is the the head make-up artist for Benefit Cosmetics has not only a whole spare bedroom set aside as a studio but can often be found filming in all kind of nooks and crannies in her house, much to the chagrin of husband Theo. Her studio is enviable.  She’s recently re-decorated her home and on a recent visit gave me the tour of each room.  As we entered her studio she dismissed it as ‘a complete mess’ and walked the other guests into the next room but much like naughty Charlie and his Grandpa on their visit to Willy Wonka’s factory, I stayed behind in the room and took it all in.  I absorbed the brilliance of the functionality and epic lighting set-up and soaked in just a little of the creativity whilst holding back the jealousy of a fully formed photographers studio… 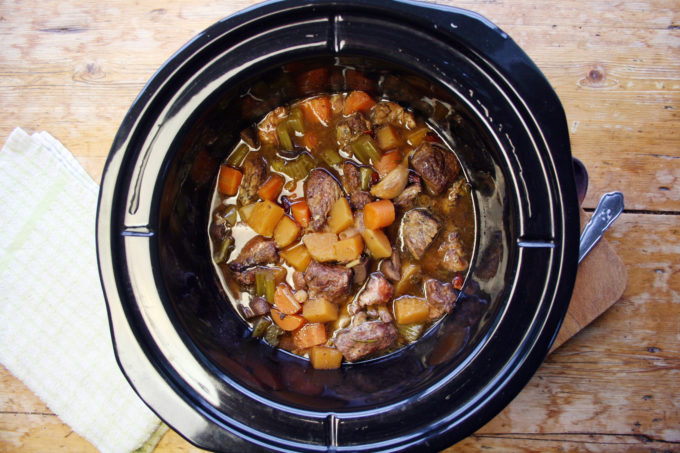 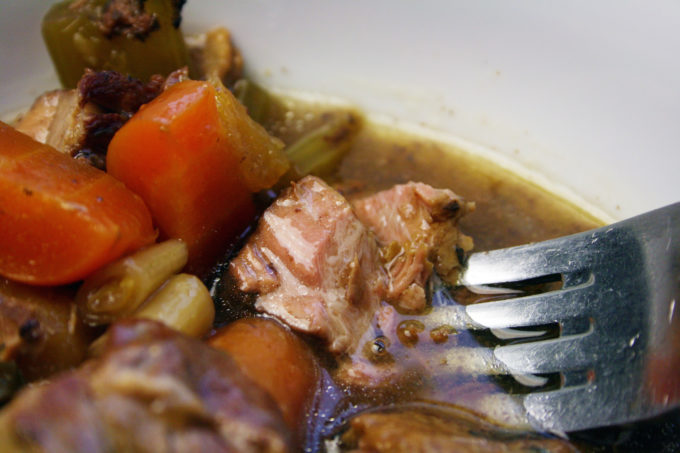 well it’s been a long while since the slow-cooker made an appearance.  It went away at the start of the summer last year and embarrassingly it’s remained tucked up in the back corner of the cupboard ever since.  I adore slow-cooked food for all its intense flavours and its miraculous ability to render any meat into glorious butter-soft tenderness but I think I may have over-used the actual slow-cooker itself when I first got it last year and by the time i’d put it away i think i’d eaten too much slow-cooked food… plus I’ve also cut back quite heavily on the meat and whilst the slow-cooker is great with vegetables – it’s great for making soups that will be ready when you walk in the door on a cold-winters evening,  it really is the master for tenderising meat.  This lamb stew makes an appearance because the other half of the giant shoulder of lamb I’d purchased for our pre-christmas christmas was ready to come out of the freezer and I wanted to cook it in a way that I could eat it in portions through the week, rather than roasting the joint.  It couldn’t be more basic… root veg, herbs and red wine but the star anise adds an incredible back-note to the sauce which is utterly divine.

in a bowl, toss the lamb in the seasoned flour, then heat up a pan and add a little oil and, a few chunks at a time,  brown the lamb to add a little colour – place the browned lamb into your slow-cooker

throw in all the other ingredients, cover with enough red wine and stock so the ingredients are just submerged with a few chunks of veg and lamb sticking out, then place the lid on and cook on low for 8 hours 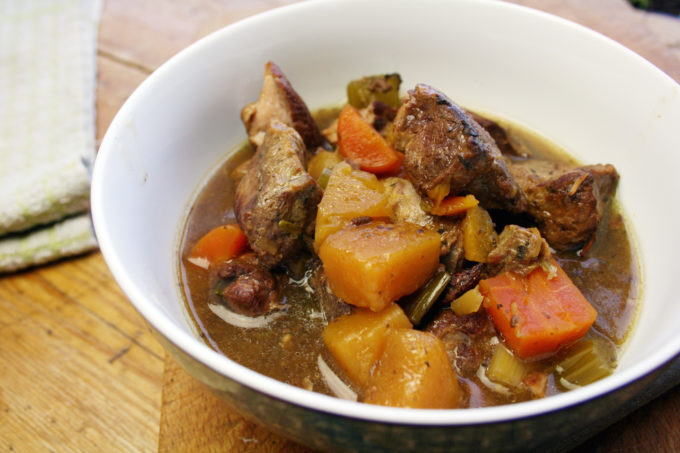