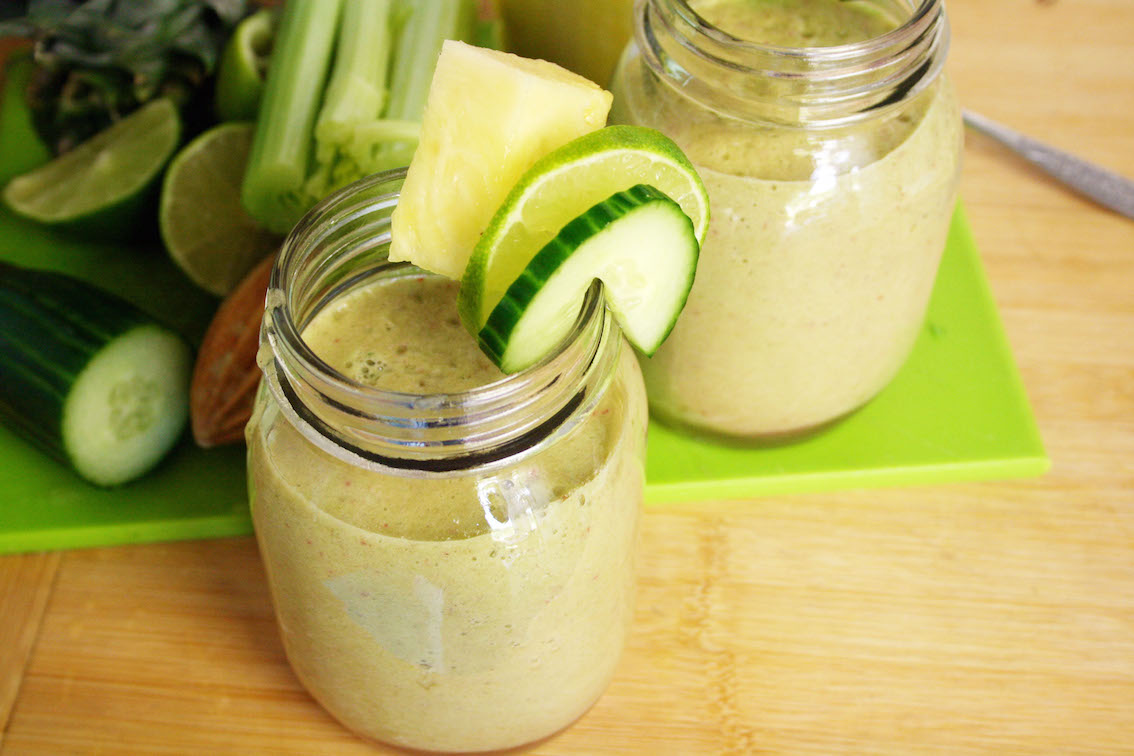 … new toy alert.  As you’ll know from previous posts I am in love with my stunning, retro-inspired, mint green smeg stand mixer.  It’s a beauty and sits proudly, centre stage in the kitchen.  I have used it way more than i’d ever have thought and the results, from lighter than light sponge cakes to beautifully airy and easy on the kneading hand breads, have been epic… you’ll also know from the many posts over the years, I am not a kitchen gadget fan – if the item is going to take up space on my work surface and not be hidden away, unused in a dusty cupboard then it not only needs to function well but it has to look damn fine doing it… So we have a big tick from the smeg stand mixer.  Then a couple of weekends ago my kettle just went and died.  I actually think it had been leaking for a while but I let it live on for as long as I could because it was a pretty blue kettle and I hate giving things up.  So it needed replacing and I happened to be passing our local ‘department store’ (the place is like something out of the 1950’s with staff who could have been plucked from a Victoria Wood sketch and window displays that looks as though they were done by the local boy scouts – but that’s a whole other story..) and inside they had a display for the entire smeg small appliances range which includes the stand mixer, a toaster, a blender and of course a kettle. 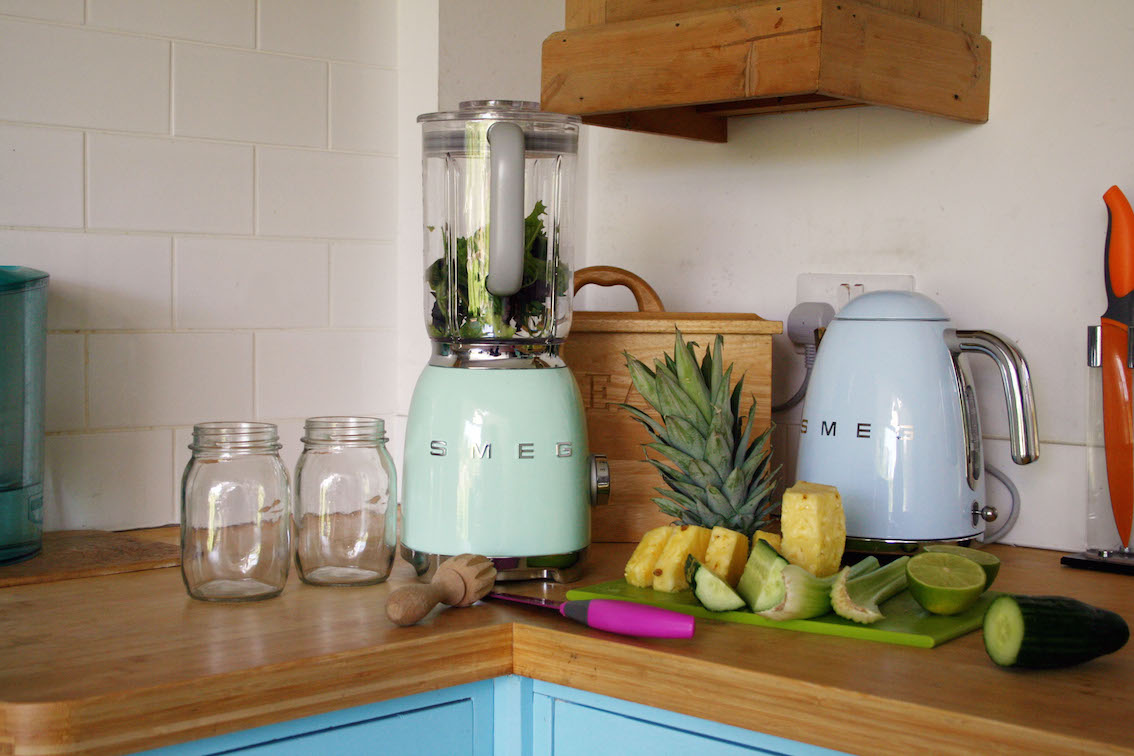 If i’m honest the range is a little ‘dumpy’ looking.  The designers have given the whole look that typical 1950’s retro styling that has a particularly bottom-heavy look.  It works really well for the stand mixer and whilst the blender has a rocket-ship look the kettle is a little boxy.  However,I took a leap of faith and purchased it in a pale blue to match the other kitchen cupboards that aren’t mint green and I have to say that this is one of my most favourite kettles i’ve ever owned.  It’s cleverly weighty so that it’s light to carry but feels sturdy in the hand.  It works smoothly and actually looks very stylish in the kitchen… but this isn’t a review of the kettle…

… two weeks later and the good folk at smeg contact me to ask if i’d like to review the new blender.  Now, as hinted at above, there is limited counter space available at Belleau Kitchen and I don’t want it cluttered with machinery just because they’re pretty, so I was in two minds.  Plus it was only recently that I had received the beast that is the Jason Vale Retro Juicer so I didn’t need anything that would just juice… but oh the smeg blender does so much more!  Firstly it ticks the ‘looks pretty’ box – dumpy styling aside it actually looks quite sleek on the counter and takes up quite a bit less space than the previous occupant… secondly it has 4 settings on a stylish dial.  One for smoothies and milkshakes, including bleeding frozen fruit, one for ice (it actually produces perfect crushed ice for cocktails which I can tell you, not every blender can do) a pulse setting for those stubborn foods such as nuts, breadcrumbs and coffee plus it has 4 speeds for different levels of blended-ness.  It blends soups although it advises you wait for the liquid to cool before using.  Oh and unlike the other juicer it blends everything together into wonderful smoothness rather than removing the pith and peel, which is where all the goodness of the fruit is.  There’s a nifty little removable cup in the lid that allows you to add items whilst the blending is in progress. The blades are stainless steel and thankfully are fully and easily detachable for cleaning and the motor is a hefty 800watts so it deftly cuts through the toughest veg and keeps going.  My favourite function is that the smoothie and ice buttons have a pre-set time, so you press them once and walk-away and it will blend until blended without you having to stand there… plus, did I mention just how pretty it looks… 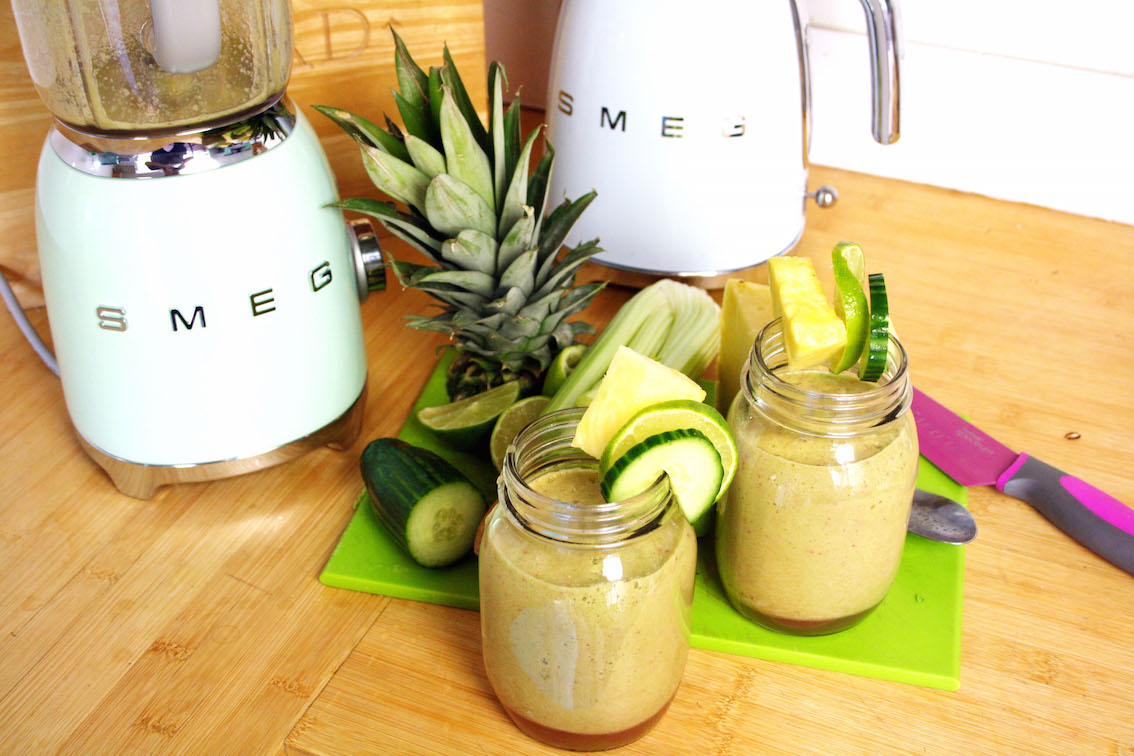 pineapple, cucumber and celery juice
it’s quite amazing how, for such a subtle little vegetable, the cucumber really packs a punch when juiced… and celery!  Celery is my new love.  It’s good for joint pain, arthritis and when blended the taste rocks.  We spent many a late afternoon lounging by the pool in Mallorca drinking this exact juice and it is divine.  The bar that we frequented and served these delicious smoothies named it the ‘Diuretic’ which isn’t the most glamorous of names but I guess does what it says on the tin…  The pineapple and apple are enough fruit to take it out of that dodgy ‘vegetable juice’ zone and the lime perks the whole thing up.  Plus I learn that pineapple is great for depression and who doesn’t need the endorphins perking up every now and again?

place the whole lot in the blender and whizz – not really much of a method to this but I feel the need to write something here at least…  you may want to add more water at the end and blend again.  As you can see from the photo’s i’ve kept mine quite thick but more ice or water should loosen it up a little.

drink and of course, enjoy!

Tomato, Feta and Strawberry Salad with my Slightly

I love my garden for many reasons… #worldnakedg