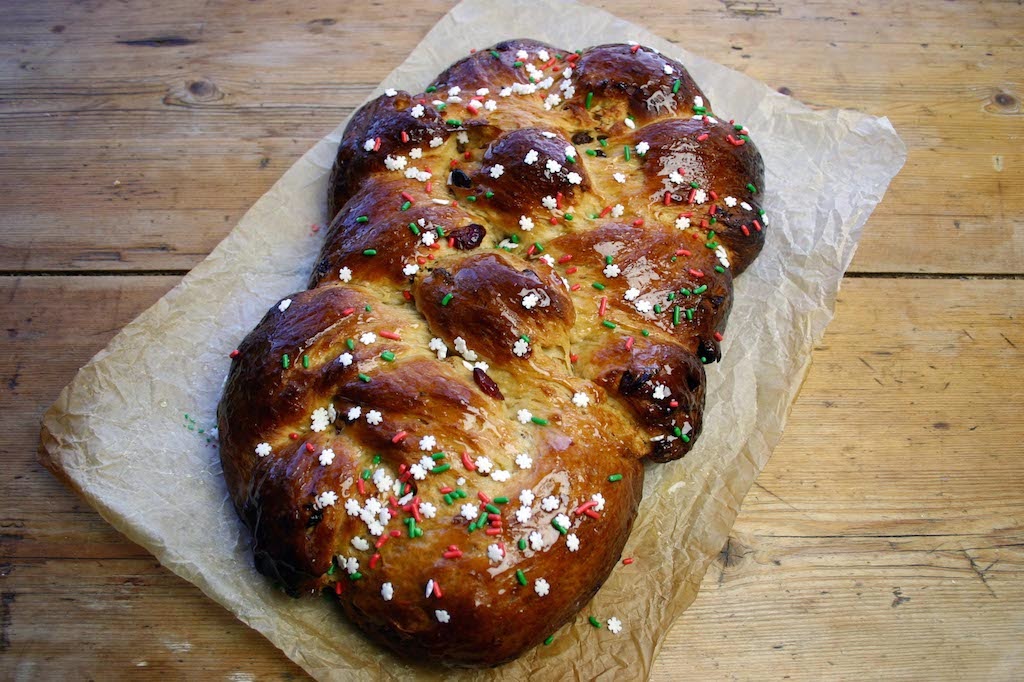 … you know how when you’re feeling poorly you can’t remember what’s it’s like to be well and when you’re feeling fine it’s hard to quite grasp that feeling of illness… well I think Christmas is a little like that.  All year long you’re either loathing or really looking forward to it because Christmas has this kind of magic mysticism to it but then once it’s here – which seems to happen earlier and earlier each year – it’s like being gripped with an illness that you can’t seem to shake… running around like a fool… spending more money than you can afford… dreading the big day and then boom, it’s all over and you can’t quite remember what all the fuss was about, leaving you juts about well enough to start dreading the new year! 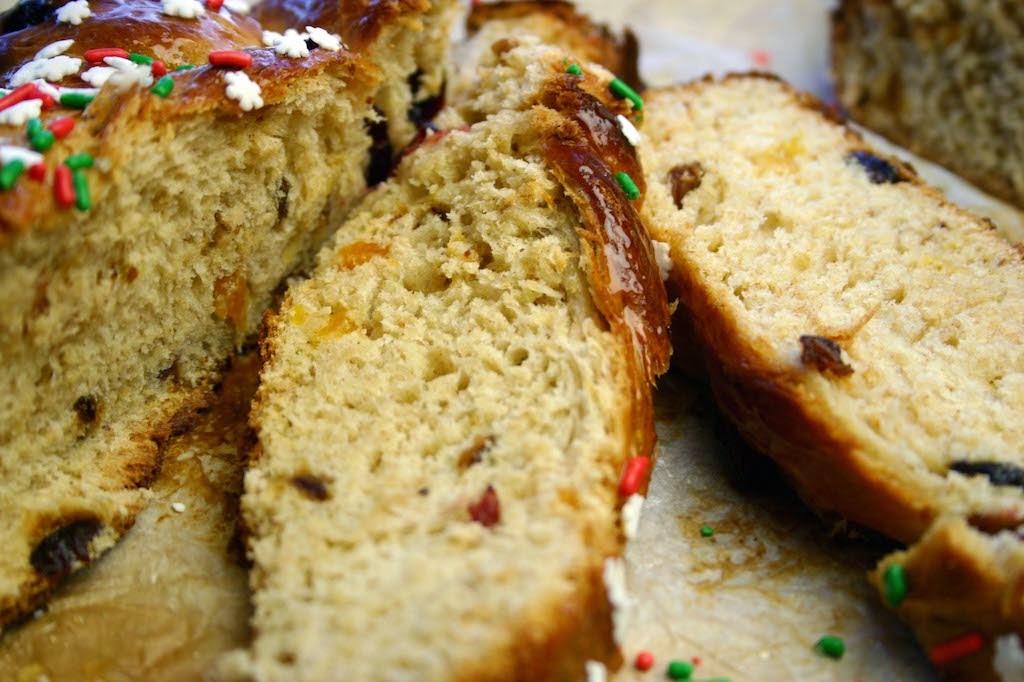 cinnamon and cranberry festive 4 plait loaf
if like me you’re not so bothered about a christmas cake or christmas pudding but are still keen to savour that christmas taste then try this super-easy sweet bread.  It’s not quite a stollen but it has all the christmassy spices and sticky goodness without being heavy or sickly.  I’ve thrown in some cranberries, apricots and sultana’s but you can grab any kind of dried fruit for this.  The plaiting is super easy and I followed this excellent video which was very informative.  I made the decision to put the plait into a cold oven which is a slow-baking technique i’ve used before which usually adds a gentle rise to the loaf but it doesn’t seem to have worked here… plus I think my oven was a little too hot as it’s very dark in some places although to be honest it doesn’t taste burnt so mate it’s simply the huge amounts of sugar that have caramelised… so just a little warning when baking…

sift the flour into a large bowl and add the dried fruit, sugar, salt, spices and yeast.  Gently melt the butter then add it to the milk and beaten egg and pour it into the flour.  Bring it together (I use a rubber spatula) and then once combined use your hands.  It will be sticky and look a little ragged.

tip it out onto a floured surface and oil the bowl.  Knead the dough for a few minutes until the surface becomes smooth and the while dough becomes a little drier.  Place it back into the bowl, cover with a tea towel and allow it to rise for at least 1 hour or until doubled in size… because it’s so packed with sugar and fruit it may take longer than a regular loaf of bread to rise

flour your surface and divide the dough into 4 equal portions, roll these into long sausages and plait into a loaf (see video above)

place in an oven, switch it on to 200C and let it bake until the oven reaches temperature, then reduce the temp to 180C and bake for a further 25 mins – set aside to cool 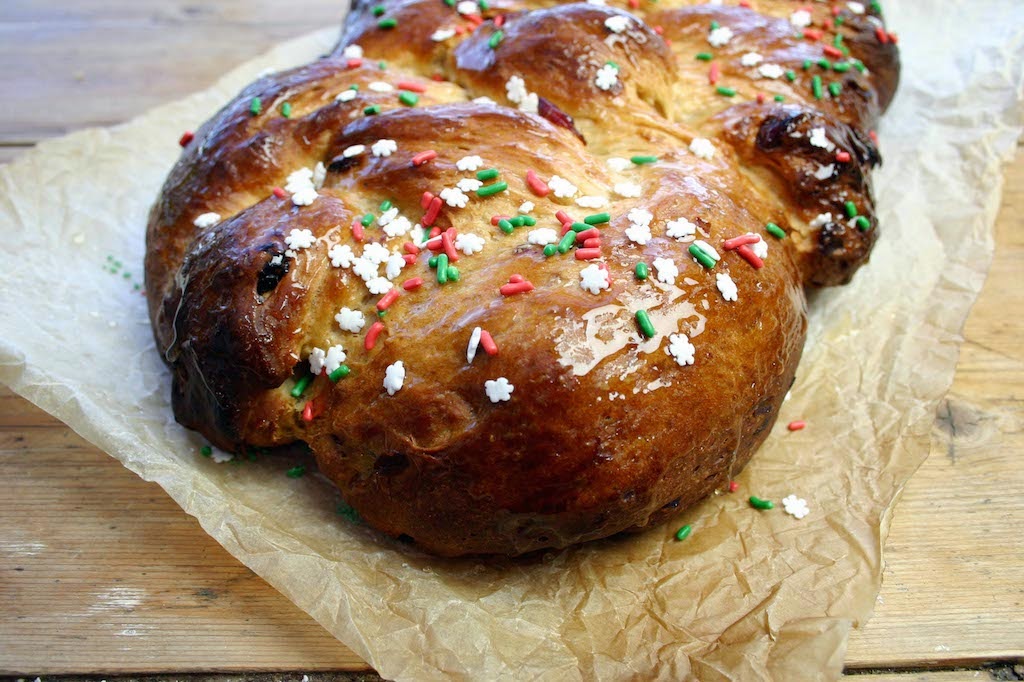 eat and of course, enjoy and a very merry christmas to you all!