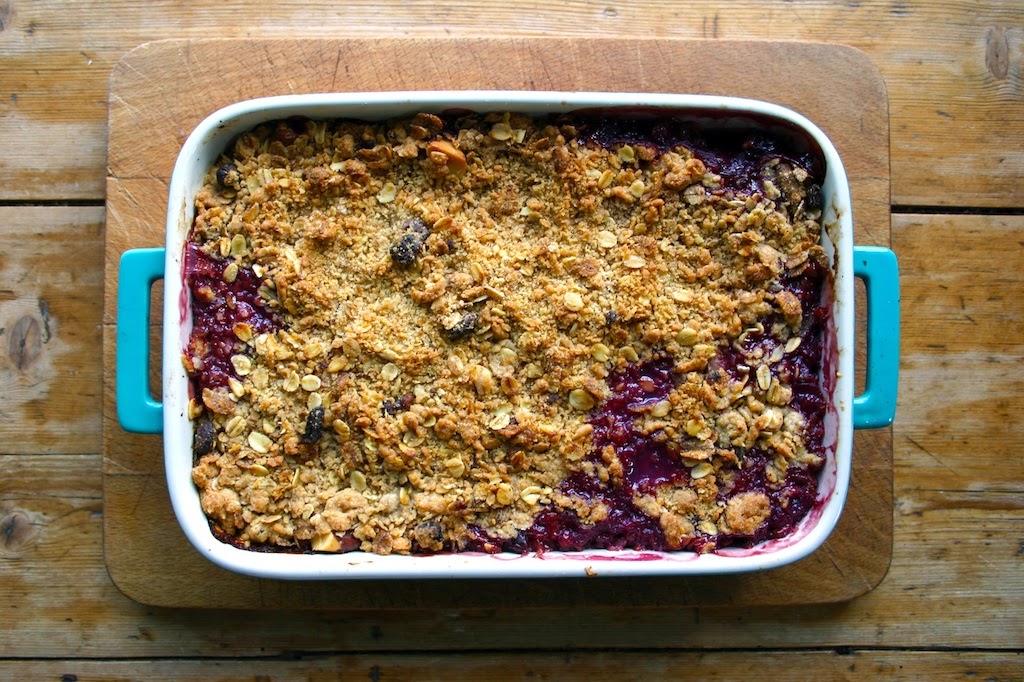 … there was a bit of a crumble debate on twitter the other day with many people saying they think plum crumble is the best crumble and in someways I have to agree… whilst I love a classic apple with its thick chunks of sweet fruit, some cinnamon and maybe even a sultana thrown in and then there’s the rhubarb crumble, its bitter sweet tang and you crunch through the sugary topping… however there’s something so jammy and gooey about a plum crumble that feels so old-fashioned and a little earthy that really must be praised… maybe I should write an ode to the plum crumble… 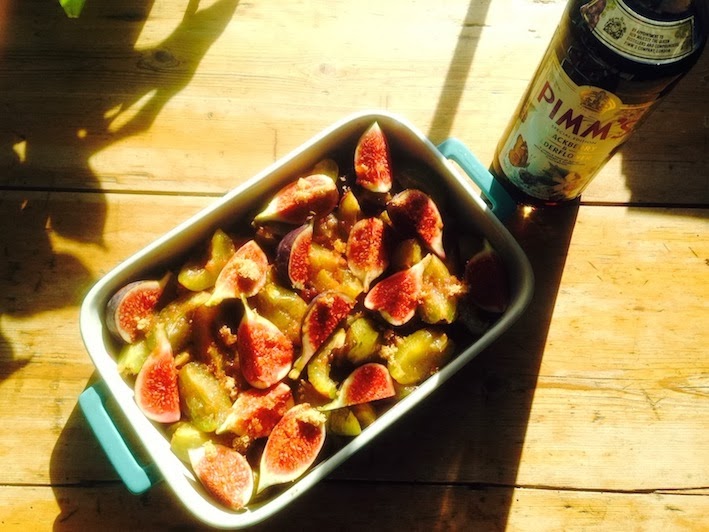 plum and fig crumble with Pimm’s Blackeberry and Elderflower Special Edition
as I was cruising the supermarket aisles I spied a punnet of fresh figs and the thought struck me that not only would they compliment the plums beautifully but they would also enhance the blackberry and elderflower flavours brilliantly too, plus they’re so autumnal that the whole dish is like an homage to my favourite season… i’m baking the fruit a little first to get the dish nice and jammy… I like to do it this way but you can do without this first stage and bung the whole thing in the oven with the crumble on top of raw fruit and i’m sure it will taste very good…

for the baked plum and pimm’s
2 punnets of plums –  roughly 20 plums – stoned and cut into quarters
3 large figs – quartered
2 tablespoons demerara sugar
75ml Pimm’s Blackberry and Elderflower
for the crumble
100g butter
100g sugar
200g flour
4 tablespoons granola or muesli
take a large baking dish and lay the quartered plum and figs onto it and sprinkle with the sugar and pimm’s and slowly bake for about 10 mins on 160C or until they are soft but not losing shape – remove from oven
make the crumble in a large bowl by rubbing the butter into the sugar and flour until you have large breadcrumbs, then add the granola or muesli and mix together – cover the fruit with the crumble mixture and bake on 170C for about 20mins or until golden 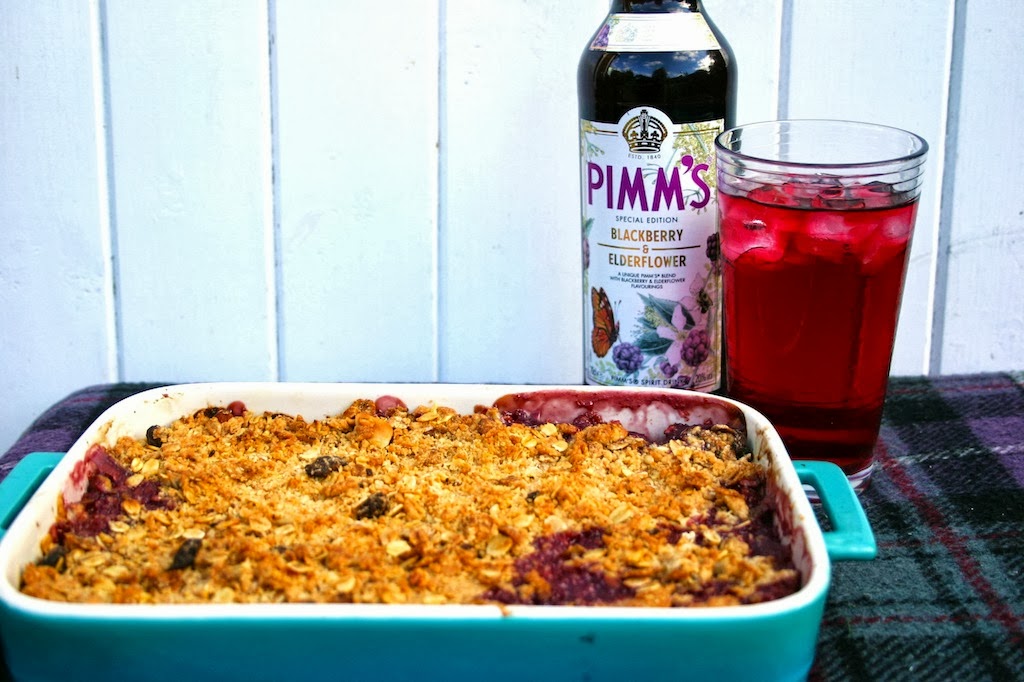 I am, of course, entering my crumble into the brilliant AlphaBakes bloggers challenge and whilst they have a few nasty letters coming up, this month it’s the easy and very bakers-friendly C… if you want to join in too AlphaBakes is hosted by Ros from The More Than Occasional Baker and Caroline from Caroline Makes