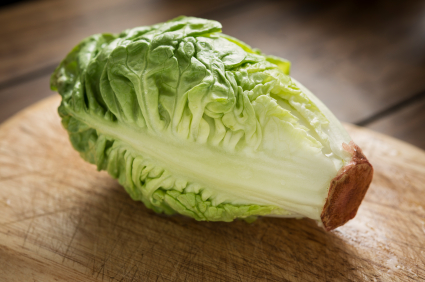 … in an attempt to get back on track with the old weight-loss thingy I thought i’d play around with my favourite salad, the classic caesar… the stalwart of every trendy gastro-pub from here to soho, it always amazes me how such a simple salad can be prepared with so many different variations and techniques when the basic ingredients are so simple.  Invented in 1924 by restauranteur Caesar Cardini this salad became something of an act of theatre as it was made ‘table-side’ by tossing the Cos lettuce leaves in a mixture of garlic infused olive oil, egg, lemon juice and worcester sauce and then topped with garlicky croutons and grated parmesan… the often debated addition of anchovies is a far more recent inclusion, one that I love as I think the intense saltiness works beautifully with the bitter leaves… I have a deep rooted memory of my American aunt Beth making the salad at my mums house back in the late 70’s or early 80’s… she started by crushing garlic and anchovies in the bowl first and then adding the rest of the classic ingredients… I think both my mum and I stared, slack-jawed at the marvel of fresh caesar dressing! 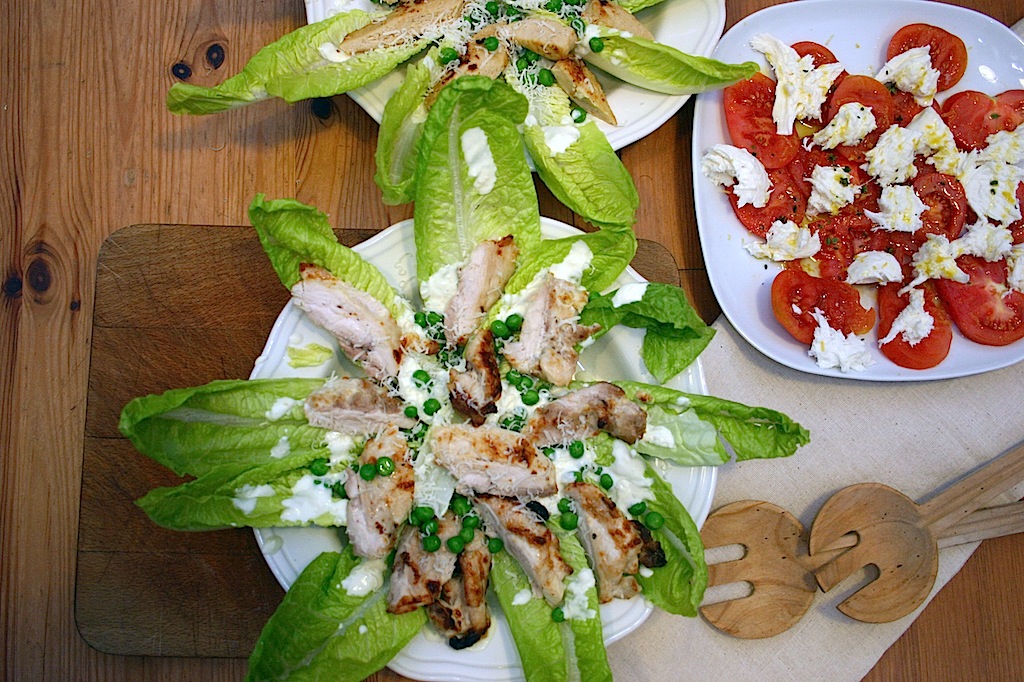 … the only issue i’ve ever had with this dressing is that it includes anchovies and parmesan cheese which, unless you’ve been living under a crouton for the past 60 years, are not vegetarian and so whist I can enjoy this gloriously creamy salad, The Viking cannot. So this is my attempt to redress the balance in favour of the vegetarian and by deconstructing the basic dressing i’ve been able to re-build it to recreate the incredible taste and flavour without the nasty little bits of the once living… and of course on stumbling through the design I hit the idea of creating a marinade dressing… to be eaten simply as is or that can be used to marinate chicken or a chicken substitute as i’ve done here… 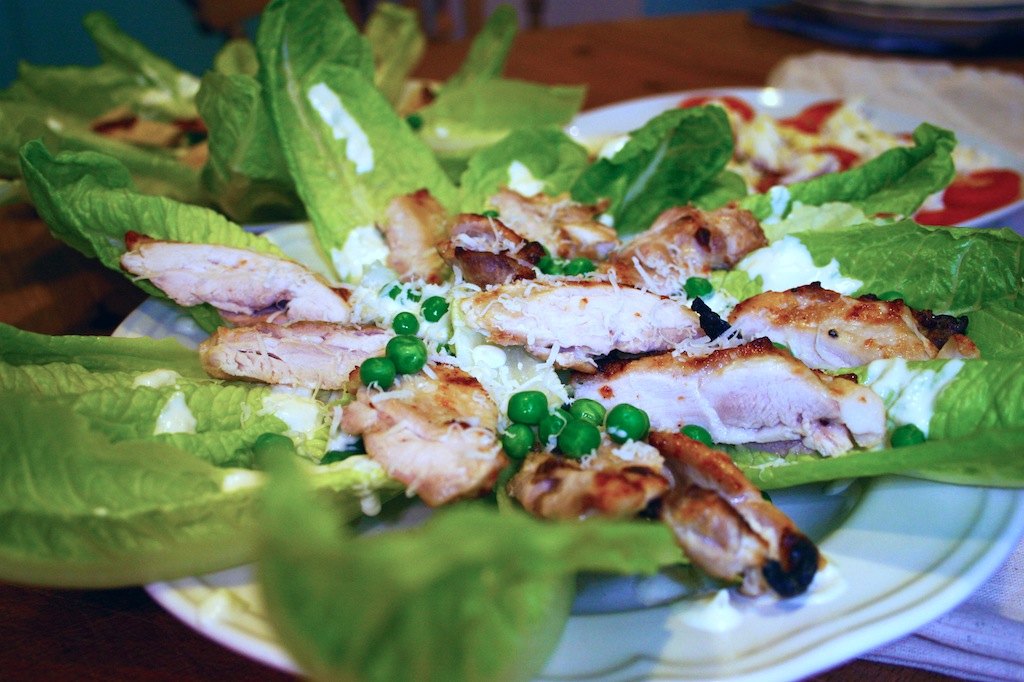 greek yoghurt caesar marinade dressing with grilled chicken and peas
i’ve used boneless and skinless chicken thighs to serve with this salad as they are quite literally dirt cheap and so much tastier than plain old breasts… i’ve also used some quorn chicken style fillets as you know The Viking loves his meat substitutes and they do work brilliantly in this salad… i’m treating them in exactly the same way as the chicken except I sauted them until golden on both sides, instead of grilling them like I did with the chicken… i’ve got to say they tasted exceptionally good and very tender… i’ve also been using a vegetarian hard cheese which is as close to parmesan as you can get and i’ve had some very good results with it… the left-over salad dressing lasted for about 4 days in the fridge…

start by crushing the garlic with a pinch of salt… I do this the old-fashioned way with the edge of a large flat knife but you can use a garlic press if pressed for time… then throw this into a bowl along with the olive oil, lemon juice and zest and mustard powder and beat together with a fork

now take the chicken thighs and lay them onto a length of cling-film.  Place a second length of cling-film on top and bash them with a rolling pin to flatten them out… this will both tenderise the thighs and also help reduce the cooking time to ensure an even grill… place the thighs in a bowl and add 4 tablespoons of the caesar dressing marinade using your hands to massage it into the chicken so it’s entirely coated.  Cover the chicken and place it in the fridge for at least an hour…. at this stage you can do the same with the frozen vegetarian quorn pieces, or it would also work really well with thick slices of courgette…

next you want to arrange your cos lettuce for the salad… I favour the whole leaf salad, fanned out in a bowl but admittedly this is tricky to eat so go ahead and chop it up if you like… this will create the mattress for your salad…

you can either pan-fry or grill your chicken, I chose to grill it until golden and bubbly… let it cool slightly before slicing and arranging on the salad, followed by the peas, which you’ve boiled for a second or two and then some liberal dribbling of the remainder of the dressing.

a shaving of the parmesan and a squeeze of lemon and you’re ready to serve.