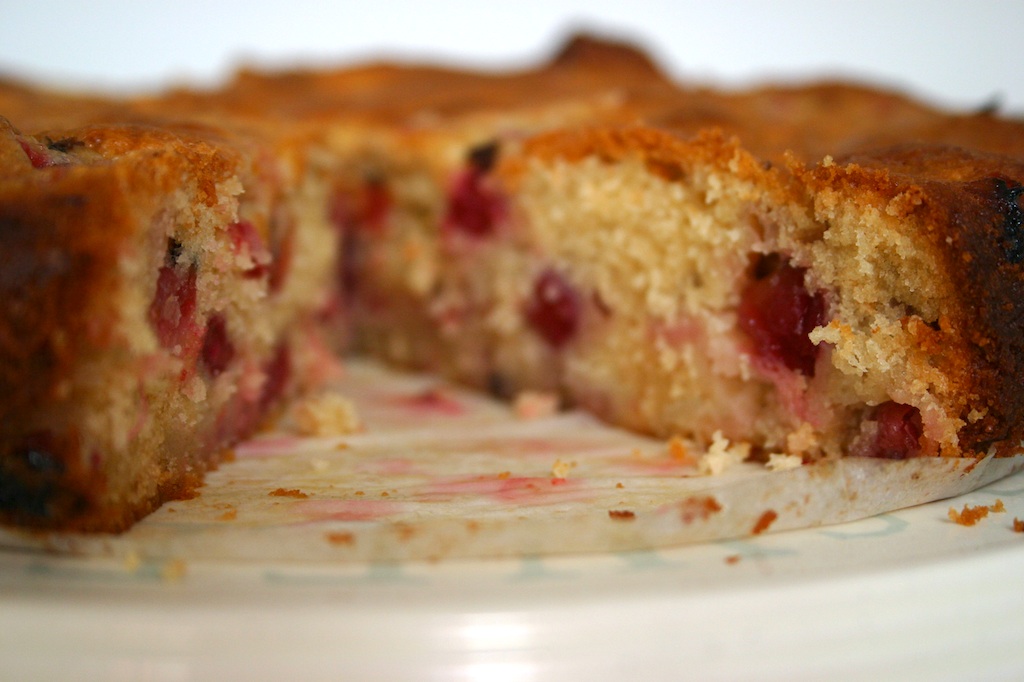 … now I realise that this may seem like the most tenuous link ever but I did, honestly have the alphabakes challenge in mind when I made this cake… let me explain… the alphabakes challenge, hosted alternatively by Ros from The More Than Occasional Baker and Caroline from Caroline Makes has the letter T as it’s theme this month… as you can imagine it’s a wonderfully easy one… T for Traybake… T for Tart Tatin… T for Trifle… T for Tiramisu… you get the idea… but as is typical of me i’ve gone slightly left of field…

… I was a little bored yesterday and decided that cake baking was simply the only thing to do and sometimes I like to just open the cupboard, then open the fridge and take my influence by stealth… sadly the fridge was pretty bare, one duck egg, one hens egg and a little butter… and the baking cupboard is in desperate need of a re-stock since I had a clear-out at the weekend… 4 year-old jellied orange slices lurking in a dark corner could perhaps be thrown out… so I only had a small bag of flour to work with…

… however, I suddenly remembered i’d asked my dear neighbour Tracey to pick my ripening purple gooseberries whilst I was away in Spain, which she did and placed in her freezer… so I let myself in to her home, took my gooseberries and helped myself to a couple of stalks of rhubarb whilst I was there… I realise this makes me sound like a total thief but we do have an understanding… I raid her larder in return for cake… 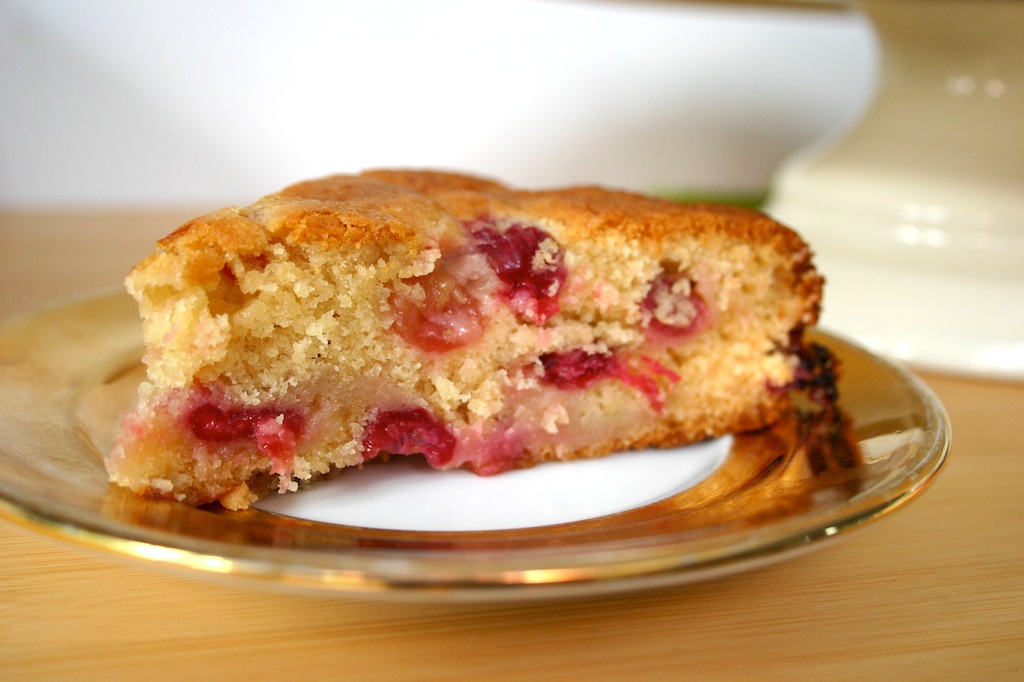 purple gooseberry, lemon and rhubarb cake
and so on to my cake and the letter T… you see I think that with the gooseberries, the rhubarb and the lemon honey this is a tart cake… that’s tart with the letter T
500g raw fruit (you can use any fruit, chopped small or if berries, left whole, fresh or frozen)
175g sugar
175g butter
250g self raising flour
1 duck egg
1 hens egg
a little milk to slacken
the grated rind of one lemon
1 teaspoon cinnamon
– pre-heat the oven to 170C and grease and line a loose-bottomed springform tin
– cream the butter and sugar until light and fluffy
– add one egg and beat in in
– sieve in half the flour and beat in
– add the other egg then the rest of the flour, the lemon rind and cinnamon and beat in
– add the fruit and combine (it will be really thick, so add a little milm to slacken)
– pour into the cake tin and bake for 40 mins or until risen and golden
eat and of course, enjoy!