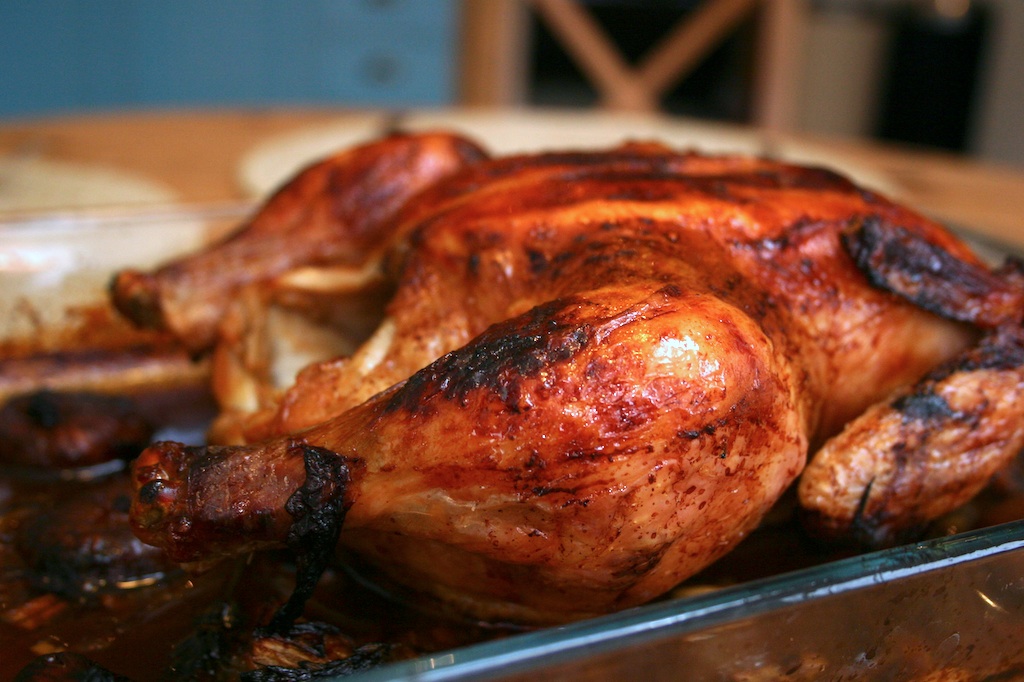 … there’s been quite a bit in the UK media recently about what the fooderati are calling ‘roast chicken porn’ and the clique of restaurateurs who specialise in just roast chicken… I guess it’s clever because as we all know the humble chicken is one of the easiest meats to cook both badly and well… there is, after-all nothing worse than a dry lump of tasteless breast… but pick the right bird, mine was a free-range girl from Marks and Spencer… give her the plush treatment she deserves and you should be able to sit back and enjoy a thrilling, juicy, taste sensation in just under two hours…

… mum is here for her annual birthday weekend extravaganza, although it’s a little tamer than usual as my brother and his family are not with us this year plus The Viking is off visiting one of his oldest friends who is also celebrating a birthday… so it’s just me, mum and Eric – my kind of step-dad (saying he’s mum’s boyfriend at their age just sounds wrong…) and we’re spoiling ourselves food-wise all weekend! 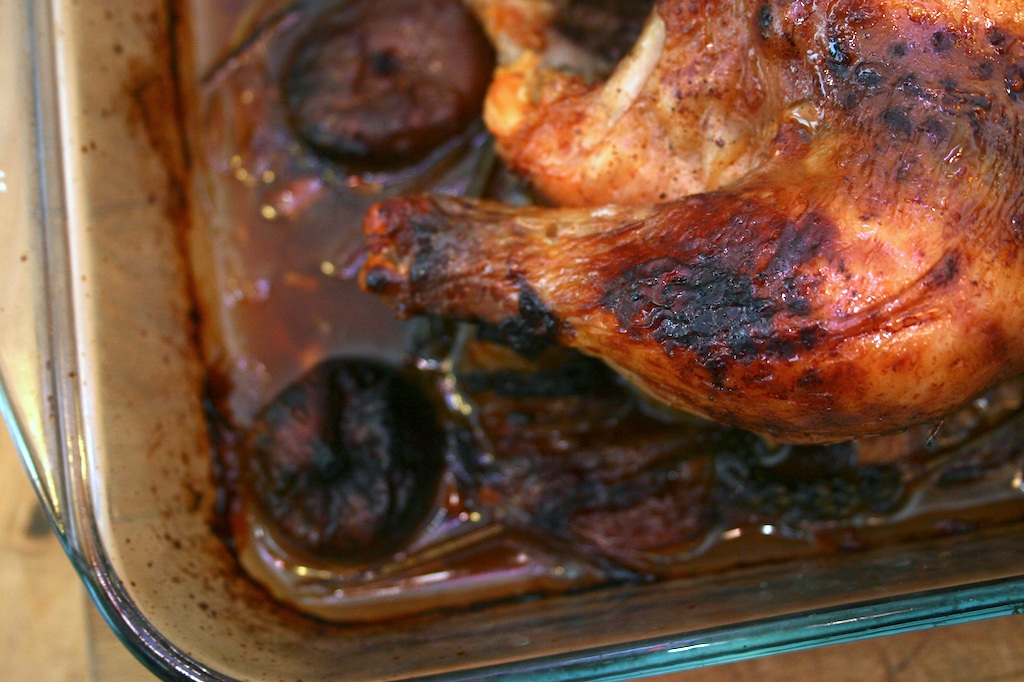 roast chicken with figs, lavender and vin santo
we kind of cobbled this one together whilst standing in the kitchen with the naked bird… mum was staring at my kilner jars up on a high shelf and asked me what was in them… I couldn’t quite remember but on opening were revealed to be some lovely dried figs… mum instantly went into what can only be described as a food frenzy and told me to grab some lavender and sherry and we’ve got ourselves something special… couldn’t find any sherry but I did have an unusual bottle of Vin Santo sent to me by someone… I can’t remember who but choclette probably knows… anyhoo, the resulting chicken tasted as fabulously theatrical as it sounds but I think you’ll agree that the photo’s speak for themselves…

– place chicken breast-side down into an oven-proof dish, stuff with the sliced onion, surround with lavender and figs and bung in an oven for one hour on a medium heat (170C)

– after one hour turn chicken over so it is breast side up, pour over the vin santo and a large mugs worth of water and roast on a higher oven (190C) for anywhere up to another hour, checking frequently to make sure it’s not burning or drying out… a little more water can be added at any stage to create a fine gravy