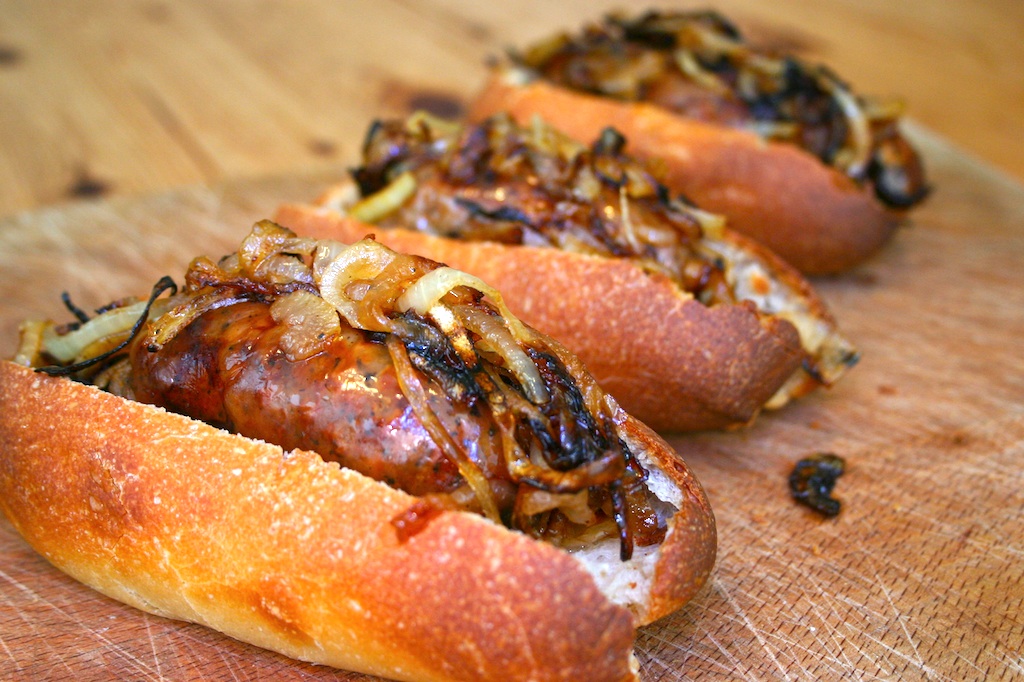 oh YES!!!!…
…as if by magic someone switched the summer on… last week us Brits were bemoaning the extended winter and quite literally on Wednesday last week, as though at a flick of a switch, it went from really quite cold to really rather hot…
… and like all decent British folk that meant on with the shorts and sun-tan lotion and out with the barbecue… it’s officially summer, let’s all jump up and down and do it quickly before the powers who be decide we’ve all quite frankly had enough and bring back the cold and rain… 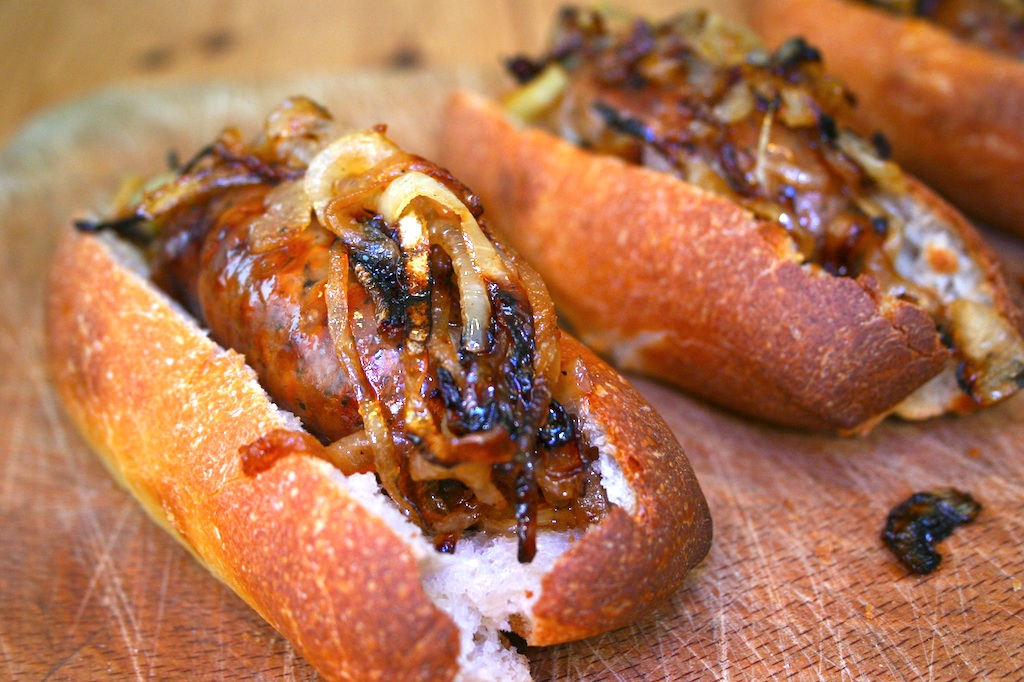 Lincolnshire Sausage Hot Dogs with Caramelised Onions in Cider
Inspired by my visit to The Skidbrooke Cyder Company as you know I’ve been experimenting with cider recipes, from a wonderfully rustic Pheasant Normandy, a very sweet Honey, Orange and Almond cake to a richly piquant Lambs Liver Braised in Cider but now that summer’s in full swing I thought these succulent sausages were a very simple yet perfect way to capture that incredible sunshine cider taste!  I’ve roasted mine in the oven for a deeper, richer flavour but they could easily be started this way and then finished off on the barbecue for a more authentic vibe!

… I previously forgot to mention that I made veggie versions of these for The Viking using Cauldron Lincolnshire Sausages, treated in exactly the same way and they came out very well!

8 Lincolnshire Sausages
2 large glasses of Farmhouse Cider
2 large onions – thinly sliced
1 teaspoon sugar
a large pinch of fresh thyme
salt and pepper to taste
8 hot dog rolls – I’ve made my own using this super easy recipe on my blog for Soft White Rolls.
– pre-heat the oven to 180C
–  prick your sausages once with a sharp knife, place them in a bowl and cover them with a glass of
cider.  Let them marinate for at least an hour.
– place the sausages in a roasting dish, pour over a little of the cider and roast in the oven till golden
roughly 30 minutes
– meanwhile gently sauté the onions in a little butter and oil until beginning to turn dark brown, this
should take about 20 minutes adding a teaspoon of sugar and the thyme halfway through.  Don’t leave
them un-checked, they will need stirring throughout.
– after 20 minutes turn the heat up to full and throw in a glass of cider and let it bubble away until you
are left with sticky, golden onions
– place a sausage into a roll, cover with onions and enjoy!