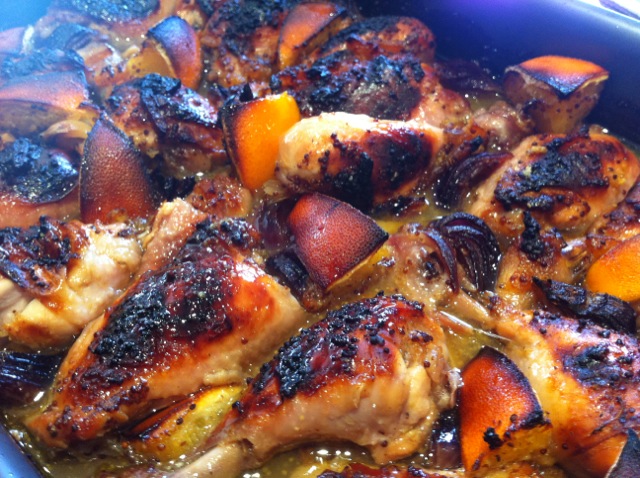 … stuck in London this weekend due to work commitments and two 40th birthday parties!… why is it that i don’t get invited to anything all year and then two friends decide to have a party on the same day?…

… did have a wonderful evening though… two very different parties, the first was my cousin Will’s 40th, where, for a surprise my other cousins (Beatrice, Eddie and various wives/girlfriends/old-friends) formed a band to sing 5 of Will’s favourite songs… it was very ‘off-the-cuff’ … a bit like a scene from an indie movie… but totally excellent and everyone loved it… this was followed by our old friend Ben’s party, which was a completely different affair…

… Ben is, well shall we say a ‘celebrity hairstylist’ to the likes of Victoria Beckham, Leona Lewis and Amanda Holden… his party was at the very glamorous Bloomsbury Ballroom and was fabulously sparkly… Leona even sang Happy Birthday to Ben… wasn’t quite as ‘off-the-cuff’ as Will’s party… a different kind of fun!

… sadly this also means no recipes from the kitchen this weekend…

… not ALL bad news though… it does mean I get to spend an unexpected Sunday with mum and the rest of the family… and this means mum’s AMAZING cooking… genius!… and as you’re probably all aware, I get most of my cooking inspiration from mum (and if you’re not, then its worth a trip down memory lane here)… so it’s always a special pleasure and wonderful treat to hitch myself onto a meal or two… I love sitting in the kitchen and watching her cook, it’s like my own live TV show!

… on the menu today is chopped liver on sesame crackers, mum’s classic marmalade chicken with mash potato, served with roast veg, glazed carrots and long-stemmed broccoli  followed by her open apple flan and  flour-less French chocolate cake… how lucky am I? 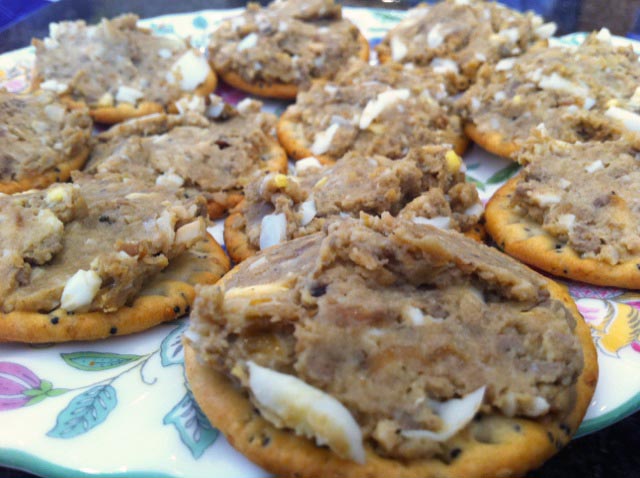 a lot of chopped liver

– saute the onions till soft, add the livers and seasoning and fry gently till done (I like mine slightly pink)

– pulp in a magimix… it’s important that you don’t blend… so you can use a grinder or ricer if you don’t have a magimix… this is NOT a pate so don’t make it smooth. (mum is talking to me as I write this and stressing this fact, which is why I keep repeating… don’t BLEND….PULP!!!

– grate the eggs and fork them into the chopped liver 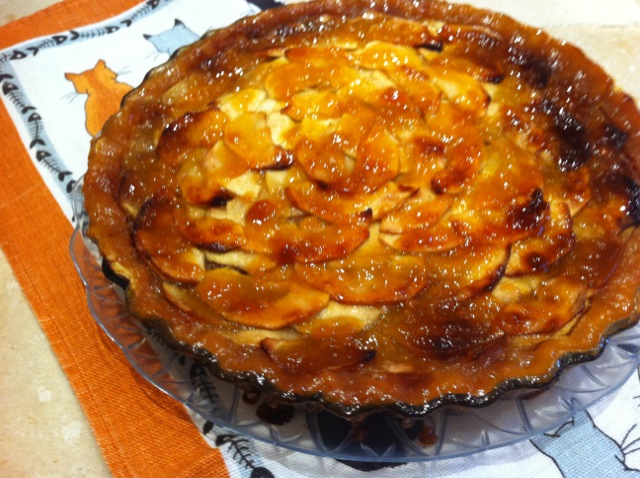 – line a pastry tin with shortcrust pastry… mum NEVER blind bakes… do as you choose.

– stew 4 of the apples in large-ish chunks with the cinnamon until soft-ish, then as they’re cooling down add the sultanas

– brush the pastry case with a thin layer of apricot jam, add the stewed fruit and then slice the remaining 2 apples and lay them creatively on top 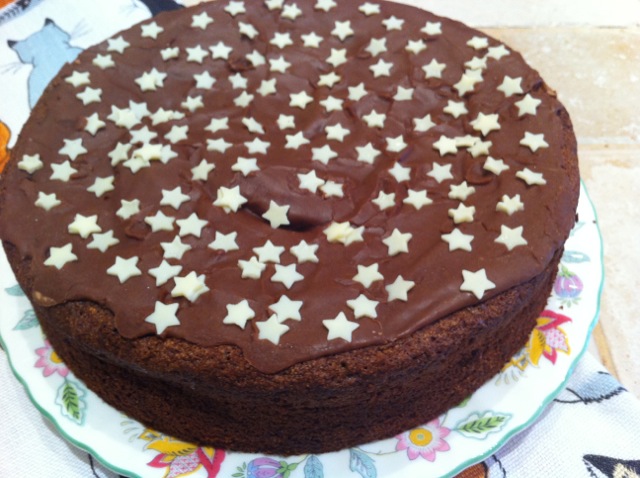 – whip the egg-whites into a frenzy (stiff peaks)

– finally, fold in the egg whites

– pour into a 8inch loose bottom cake tin and bake at 170 for 35-40 mins, leave it in the tin for 5 mins before you try anything clever… mum tops with a very basic chocolate icing recipe and some white chocolate stars