should have posted this yesterday but too knackered to finish it!… 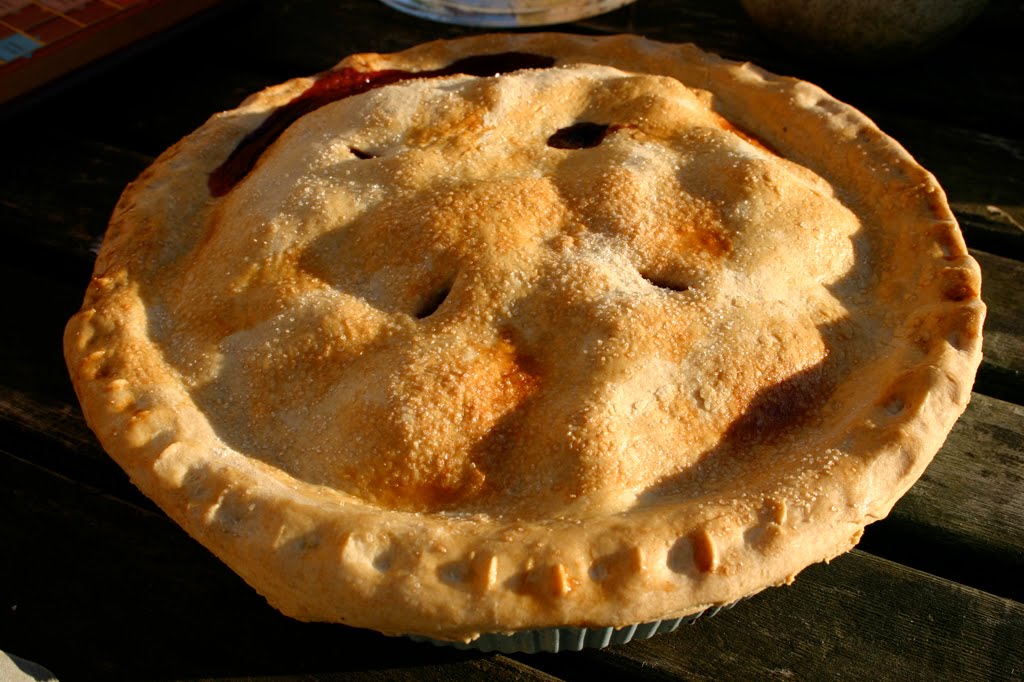 …still living in a ‘Famous Five’ novel, Tracey and I took a driving trip up into the wolds to the beautiful village of Tealby… her brother has bought a beautiful house there but I was more interested in the plump white cherries that were hanging lugubriously from the tree in his orchard.

… they were so perfectly ripe I couldn’t get enough and we were quite surprised as it’s slightly early in the season, or maybe not for the white fleshed ones… we usually pick the dark red ones that hang along the lanes around the cottage, tempting us like mini rubies hanging just out of reach!

… I ran home and whipped up some sweetened shortcrust pastry (with a little added ground almonds for extra depth) then off we went, armed with large Tupperware, parked off the road in a hidden copse, ready to pick, only to discover that our cherries were not the same cherries and have at least 3 weeks to go before they ripen…

… I’ve made my pastry… what do i put in my pie? Tracey suggested freezing the pastry, a perfectly good suggestion I’ll agree but I wanted my pie!

… so, like so many good things in this world, I cobbled together a pie from the 10 cherries I hadn’t eaten, a couple of apples, a pear, some frozen brambles and rhubarb (thanks Tracey) and some sultanas for good measure!  … also, a little tip from mum… always spread some jam or marmalade in the bottom of the pie… this way i can use less sugar in the fruit and it adds a nice sticky quality to the finished pie. 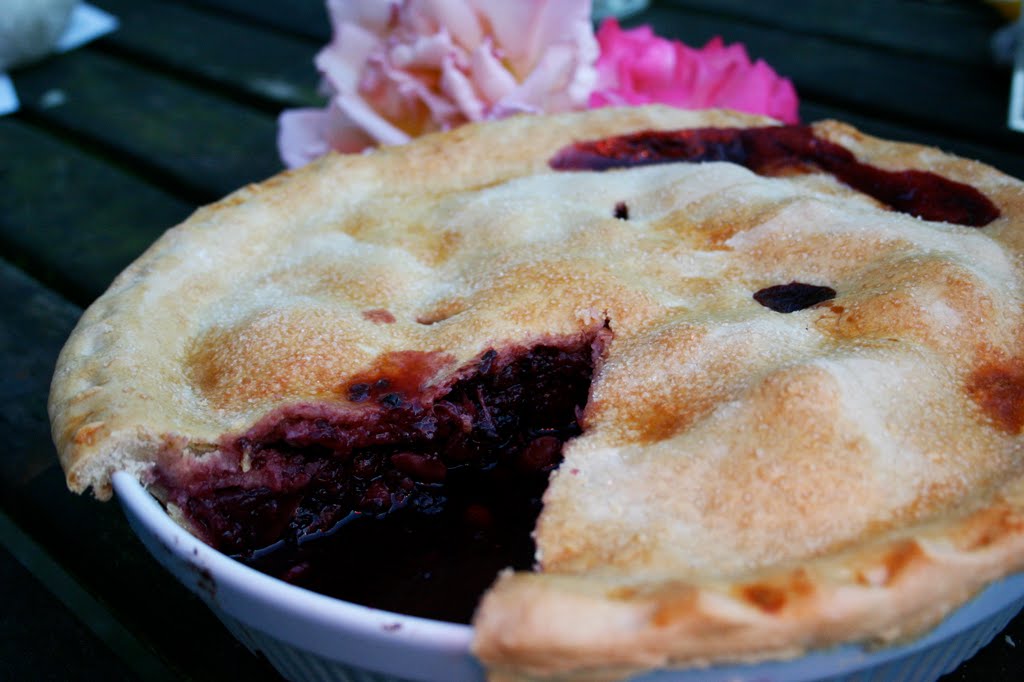 jam or marmalade to line the pastry…

Make the pastry in a large bowl, rubbing the butter into the flour and ground almonds, then add the sugar and then the water, using a pallet knife to bring it together until till it forms a dough. Wrap in a plastic bag and place it in the fridge for 30 mins.

In a large pan add all the fruit and the sugar and simmer till it’s warmed through, then turn up the heat and add the wine and cinnamon and let it reduce slightly.

Roll out half of the pastry and line your pie dish and pre-bake for 15 mins, then spread some jam or marmalade on the bottom of the pie.  Pour the fruit in and place the rolled out pastry lid on top,  make four slits for the air to escape and brush with a little milk and sprinkle with sugar.

Bake on 150 until pastry is golden.