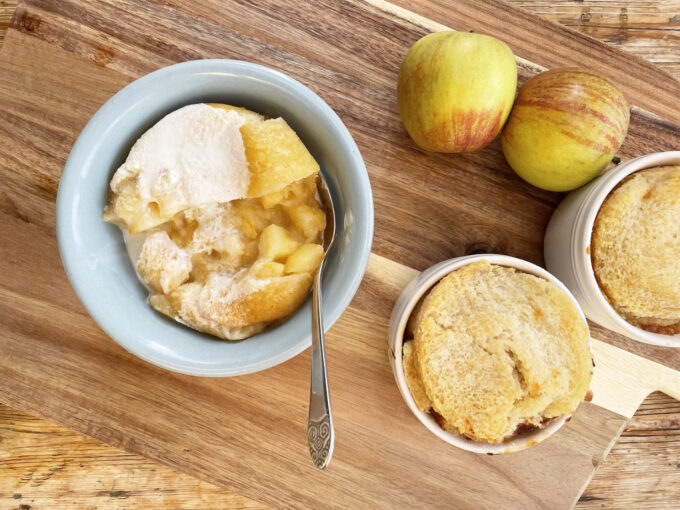 This Apple Charlotte is another of the two puddings I’m making for the Spring menu for The Red Lion pub in Raithby.  Again, it’s a pudding I’ve never made before but I love how wonderfully British it feels.  An absolute classic.  I’ve jazzed it up a little with some orange zest which I think adds a summery brightness to it but I’ve still kept it quite classic which I think works perfectly for the pub menu.

I’m using 4 small ramekin dishes to create easy individual serves for the pudding menu but you could do this in one large pudding basin.

In a large pan, melt 25g of the butter. Add the sugar, apples and orange zest, then put the lid on and cook over a gentle heat for about 10 minutes, stirring occasionally.

Remove the lid and cook for a further 5-10 minutes until the apples are broken down, but still with a few chunks for texture. Stir in the apricot jam and the orange zest and allow to cool.

Meanwhile, melt the remaining 150g of butter in a saucepan. Cut the slices of bread into strips. Saving a slice for the base of the pudding basin and one for the lid. Dip each piece of bread into the melted butter and line your ramekins or pudding basin.

Once your dish is fully lined, spoon in the apple purée and top with another round of bread that has been dipped in melted butter. Place in the oven for 30 minutes, or until golden brown on top.

Remove from the oven and allow to cool slightly. Carefully turn out and serve immediately with cream, custard or ice cream. 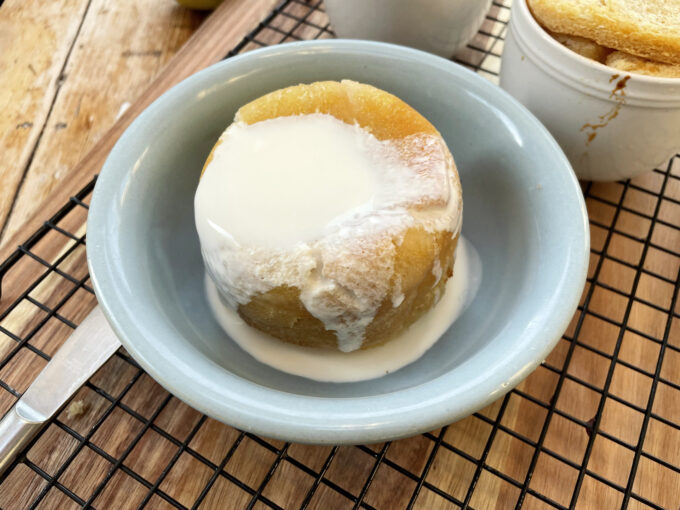 For more pudding recipes, try these from Dom in the Kitchen.