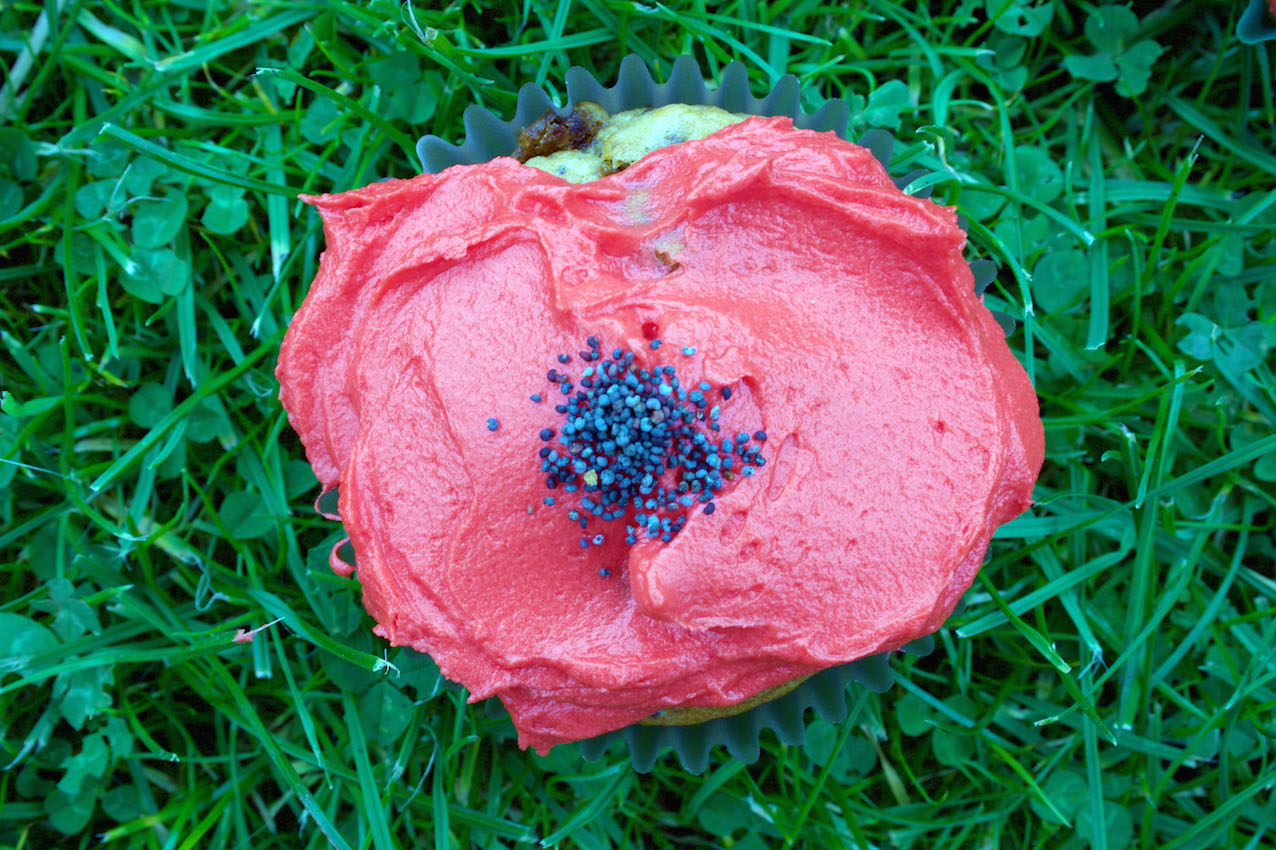 … whilst I am a firm believer that wars are a bad strategy for solving global crisis I am also a realist that conflict is an inevitable part of human nature and wether we like it or not, good men and women have died or been seriously injured to protect our lives and freedoms.  As a British citizen with Jewish heritage I am acutely aware of how fortunate I am to be living in one of the most free countries in the world and it is only through the knowledge passed down to me and the remembrance of those who fought and died that I am able to live in such freedom and surely this is worthy of celebration.  History is a fickle dusty old thing and modernity is like a shiny bleeping toy on Christmas morning which is why we should take the time to remember and teach those who are unaware of the sacrifices of others…

… every year The Royal British Legion sell the red poppy for us to wear as universal symbol of remembrance and hope – hope for people from the Armed Forces community living on after difficulties in their lives, and hope for a peaceful world.  The red poppy raises funds to support our Armed Forces, veterans and their families in their time of need… this year they have created the #MyPoppy social media campaign which asks people to share why they wear a poppy as part of The Royal British Legion’s Poppy Appeal 2015.  The campaign already has traction with hundreds of people from British sport, music, fashion and entertainment already pledging their support and inspiring others to do the same…

poppy seed and banana cupcakes
I am supporting the #MyPoppy campaign this year by baking these little cupcakes.  It’s my classic banana cake recipe to which i’ve added some poppy seeds and of course the red cream cheese icing.  I wanted to keep the icing quite lose and free-hand, emulating the delicate nature of the poppy petals.  I’m really not that brilliant with icing and creating neat and tidy decorations and I think by going down this creatively messy route they’ve come out quite well… most importantly they tasted delicious and were super-easy to make and bake.

place the flour, butter and sugar in a bowl and crumble together with your hands, sprinkle in the cinnamon and and poppy seeds and stir

pour over the mashed bananas and beaten eggs and then beat it all together with a wooden spoon, it will quickly loosen nicely and become a batter

for the frosting, use an electric mixer to beat the butter until light and smooth – about five minutes. Add the vanilla extract. Slowly beat in the icing sugar until combined, then increase the speed and beat until light and fluffy. Beat in the cream cheese and food colouring until just combined. Do not over-beat at this stage or the frosting will be too thin.

decorate each cupcake with two petal halves… as i’ve described above, don’t worry about being too neat here, you want to create a rough poppy shape and if you try too hard your decorating will look overworked.

sprinkle the centre of each poppy with poppy seeds 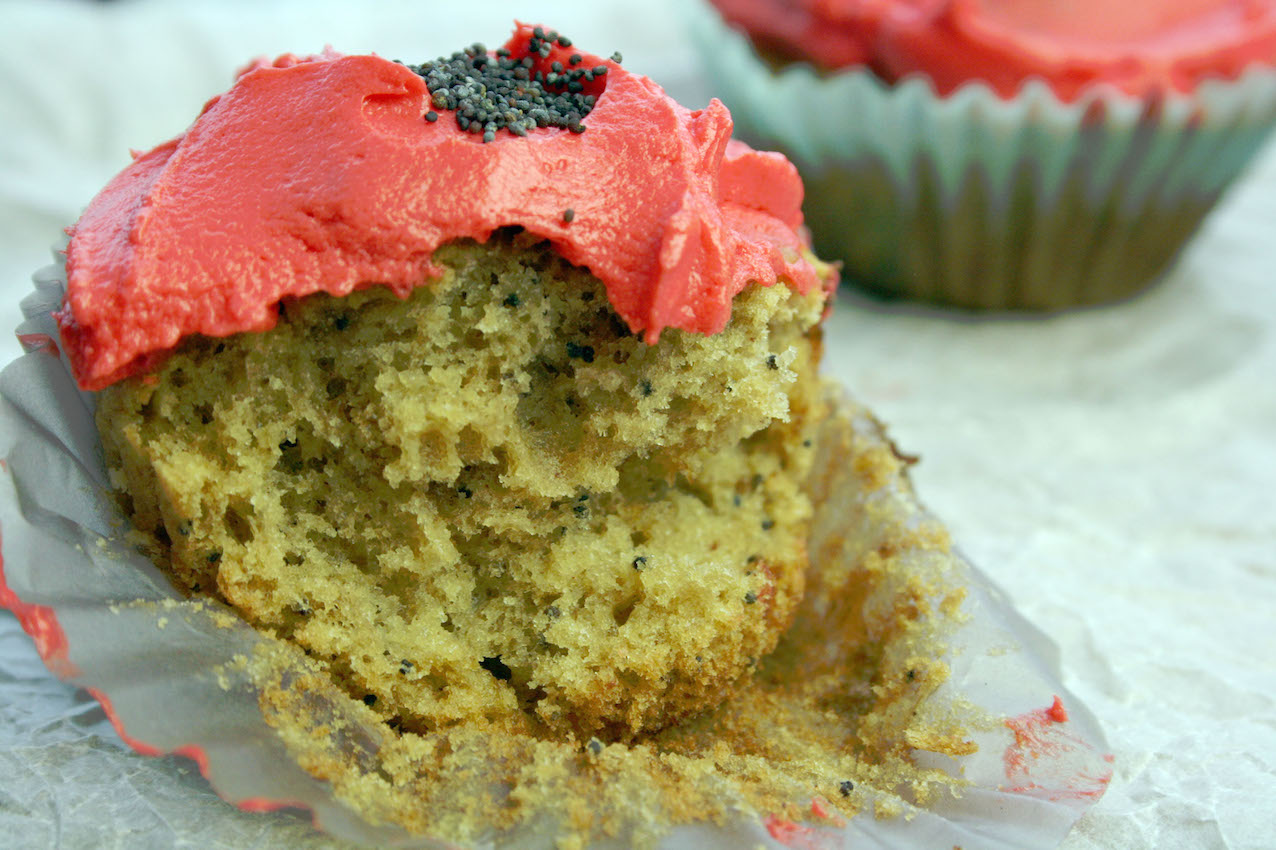 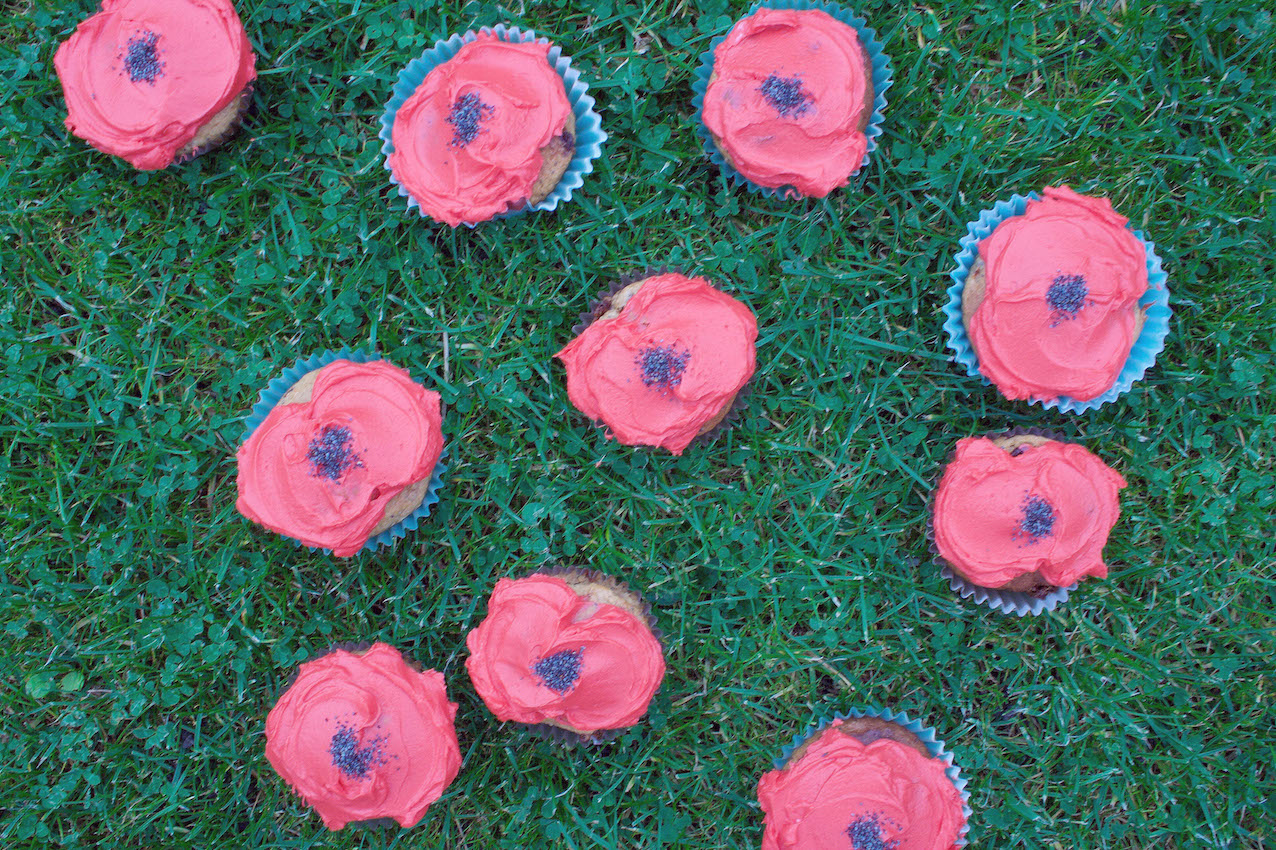