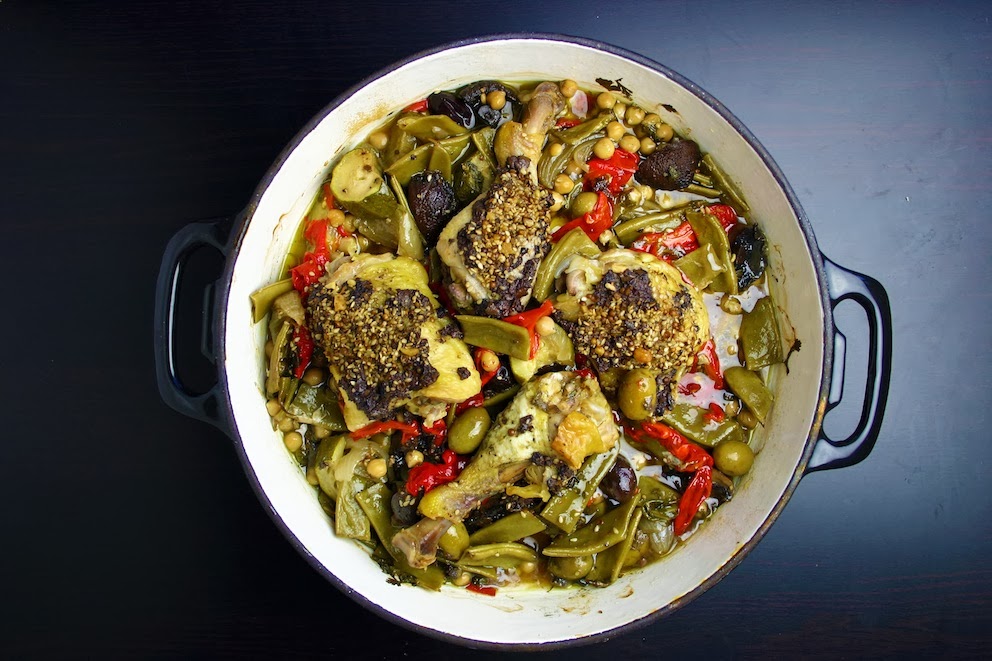 … sometimes I feel that the foodie community has hit a brick wall.  This is totally one of those middle-class problems – a classic case of the emperors new clothes but I feel I need to speak up against what I see as an issue before our whole wonderful community throws itself unwittingly off a cliff.  The thing is, just because you wrap your food-market stall in hessian and serve it on an aged wooden paddle it doesn’t give you an excuse to serve vile food… and i’m not solely blaming the market-stall holder either but the stupid wankers who shop in these awful ‘farmers markets’ should take some of the flack too… i’m sure we’ve all seen these pop-up markets take-over trendy neighbourhoods and yes, many of them add value and have a lot to offer but sometimes I get the feeling that these ‘artisan’ stall-holders are becoming as deadly to the food world as the homogenous ‘luxury’ high-street stores… if you’re everywhere then you simply aren’t luxury, you’re common…

… now that The Viking and I are spending more weekends in London i’m coming to the realisation that London is a foreign city in its own county, there’s very little British left about it and of course, i’m not talking about the historic and ongoing wealth of incredible ethnic variety which i’m proud to be included in, i’m talking about the wealthy non-Londoners who are sculpting the place into a play-town and destroying any chance we have at not becoming one giant mall… 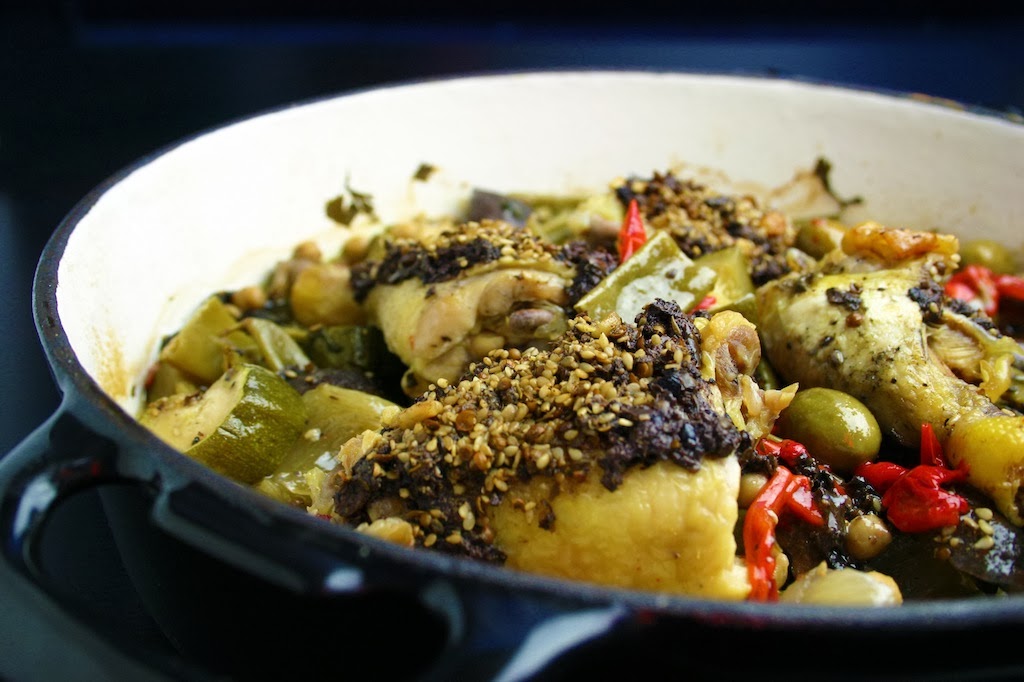 dukkah-crusted chicken thighs
as you know i’m always on the lookout for something new and intriguing to do with my beloved chicken thighs… this week I was sent a wonderful collection of goodies from olives et al who specialise, as the name suggests, in all things olive and the kind of wonderfully tasty things you might imagine eating on a trip around the med and north africa. Their extra virgin olive oil is spectularly grassy and nutty – just the way I like it, plus it retains its taste when cooked, so you can almost treat it like a herb… their egyptian inspired dukkah is a new one for my spice cupboard but i’ve gone with the north african influence for the rest of the ingredients and the results were really rather special…

you will need a large casserole dish with a lid

take your chicken portions and smear the skin with the tapenade then sprinkle each portion with a little of the dukkah spice mix, patting it into the tapenade

place all the veg into the casserole and lay the chicken portions on top, pop the lid on and bake in the oven on 160C for one hour, then remove the lid, turn up the oven to 180C and bake for a further 15 mins

serve over lashings of couscous or mashed sweet potato