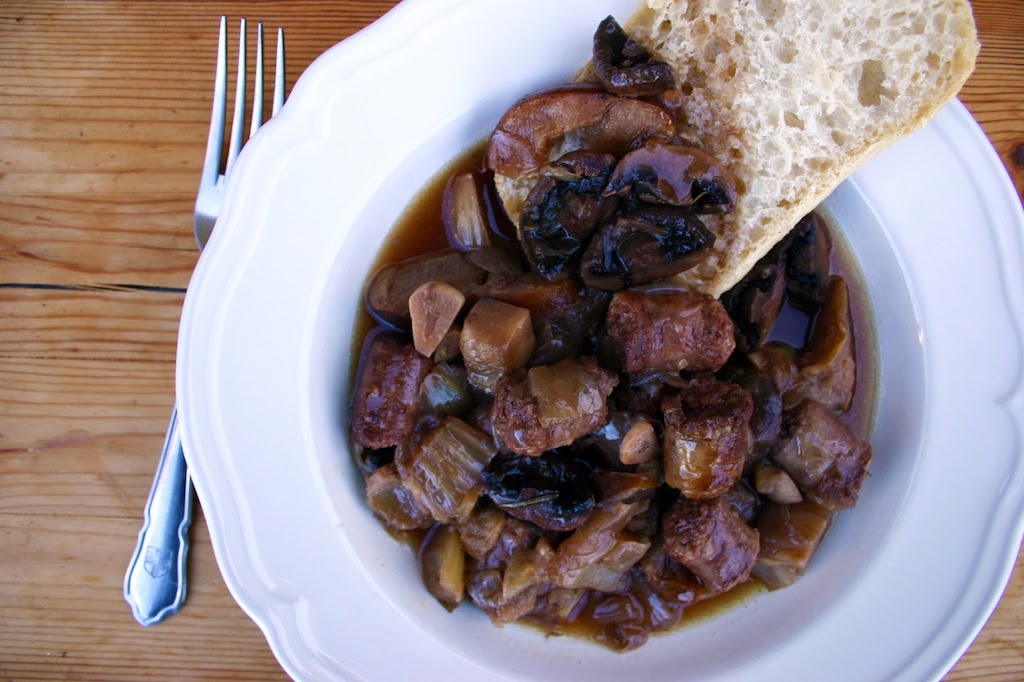 … it’s that very odd time of year when one moment it’s spring and the next moment it’s winter again as though the gods of the seasons are fighting over who gets the share of the blanket with poor old britain shivering in the bed. The daffodils are budding and beds of snowdrops abound, the sun burst out with a warmth we haven’t felt for endless months and the very next moment a harsh wind picks up and pelts us with a frozen chill.  I love it and loath it in equal measure.  It’s perfect weather for a stew. 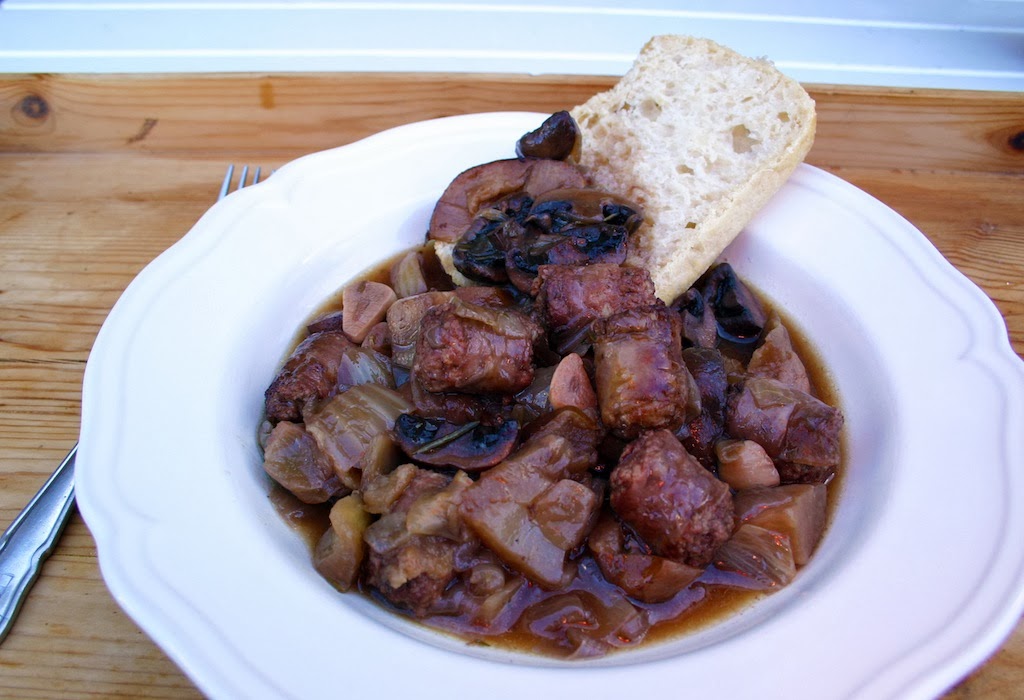 wild boar sausage stew
I received an email last week from the well-travelled people at Kezie Foods asking me if i’d be interested in trying some of their adventurous food.  Kezie Foods specialises in exotic meats, game and seafood that you wouldn’t find in a regular supermarket, from Ostrich steak to Kangeroo loin the meats are for the adventurous among us who love the idea of eating something a little left of the curve… scientifically, game and many exotic meats are much leaner in fat and therefor much better for you and of course, very importantly all the products sold are from suppliers who actively participate in environmental programmes from necessary culls in game reserves to breeding programmes all under EU welfare and CITES regulations… of course what we in the UK regard as exotic those closer to the source regard as more than mundane… all in all I couldn’t resist trying a selection of meats.  Not only do they deliver freshly vacuum-packed portions but they also produce ready-made meals too. The range is fast and their website is certainly worth checking out, particularly if you’re planning a dinner party or barbecue and want to impress with an unusual dish or two… i’ve plumped relatively safely here with some delicious wild boar sausages but in March I will bring you a Zebra steak i’m planning to try out in the sous vide, so watch this space…

i’m using some adorable mini-portobello mushrooms that are in the supermarkets at the moment but if you can’t find these use regular portobello’s.

in a large casserole dish gently heat some olive oil and butter and saute the onions and fennel with a little seasoning until soft, then remove and set aside whilst you brown the sausages for about 5 mins, then remove these and set aside.

add the mushrooms to the pan (utilising the fat from the sausages) and add the garlic after about 5 mins, leave them to soften and brown a little and then remove and set aside

add some more butter and a teaspoon of sugar to the pan and saute the apple slices until they caramelise on both sides, then add everything back into the pan, add the stock and bring the pan to the simmer, place the lid on and pop in the oven for 30-40 mins if you want to eat straight away, or reduce the heat to 120C and cook for 1 and a half hours.