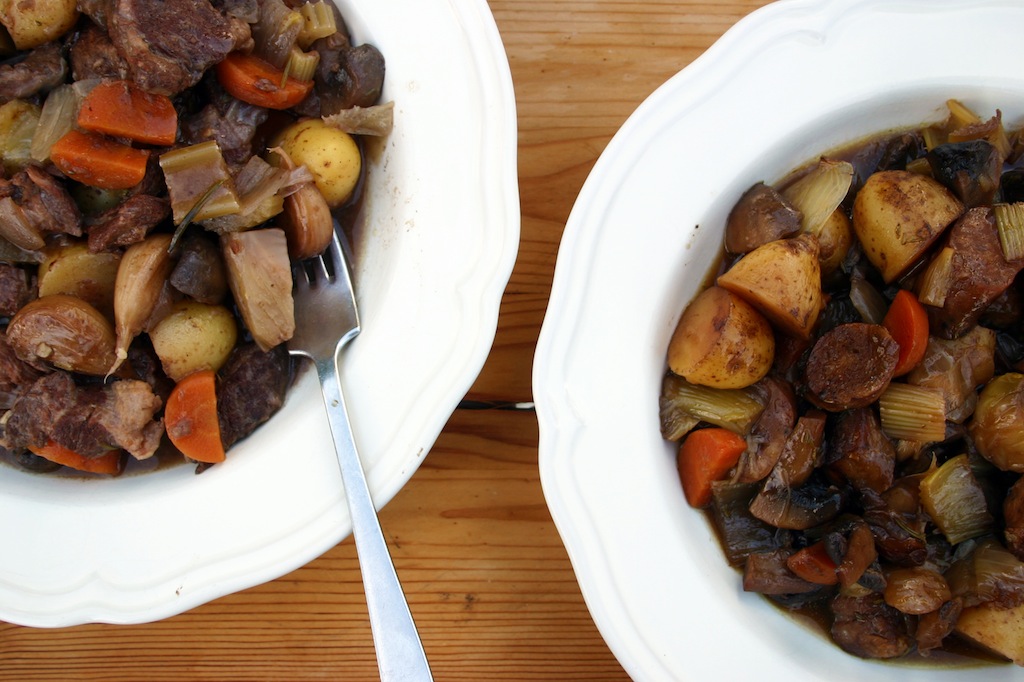 … I very rarely buy stewing steak, it’s just something I tend not to purchase but I was sent some a while back as part of the fabulous Farmison delivery I received and as winter passed into Spring my plans for the meat seemed to slip away until I realised that I was kidding myself making excuses not to make a stew… a stew is good any time of the year and I had enough meat to use half of it for this and half of it on the barbecue when the summer properly kicks in next month… so stew it is… 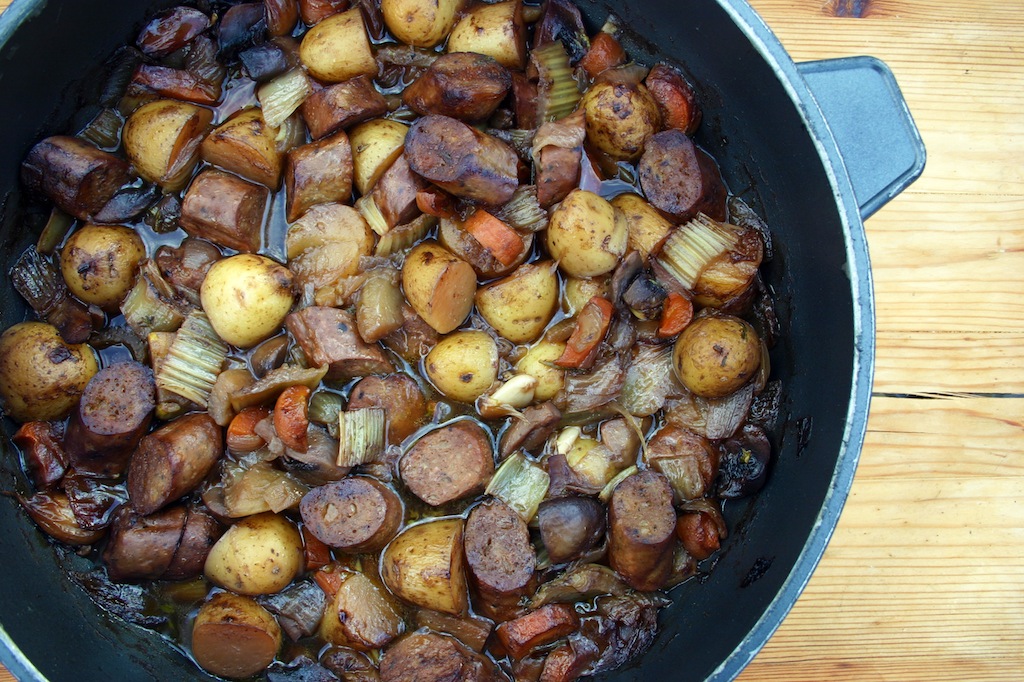 beef stew with charlotte potatoes
it almost feels like a cheat to be giving you this recipe as it basically calls for you to bung it all into a pot and slow-cook it for 6 hours but there’s a little prep work for the meat and I guess this wouldn’t be a recipe blog without a recipe, so here goes… and don’t think I neglected the viking either… so simple is this stew that as long as you use a nice robust veggie sausage such as the type made by Cauldron then you can follow the below recipe to the letter simply substituting the meat…

place the pan on a medium heat add some oil and brown the meat or veggie sausages in batches until golden, then set aside

turn the heat up on the pan and throw in the white wine to deglaze the pan, then pop in some butter and the fresh herbs, and once the wine is almost gone turn down the heat and throw in all the vegetables and shimmy them around for about 5 mins.  Pop the meat or veggie sausages in, give it a stir and then fill the pan up with the red wine and the stock