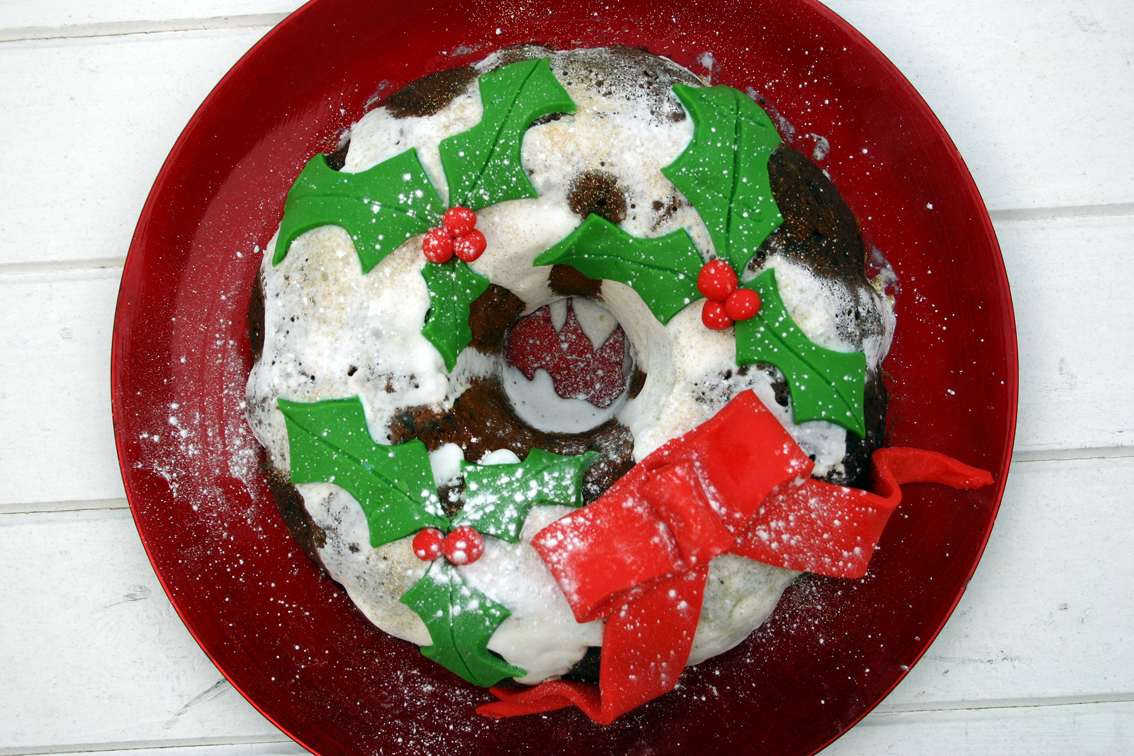 … neither The Viking or I are massive fans of christmas cake or christmas pudding… it’s all that rich, sweet darkness that I find too cloying so i’ve wanted to make an alternative christmas cake for ages… one that didn’t have to be made weeks in advance but that still has that christmas flavour whilst still be lighter than usual… i’ve been waiting for that flash of inspiration and I think I had it this morning… mincemeat… i’m sure you’ll agree that mincemeat has christmas ‘built-in’ and my thinking is that if I could incorporate the glorious stuff into a cake then surely that would be my answer… the mincemeat also has that wonderful balance of the acidity of citrus peel with the sweet plumpness of golden currants which is exactly what you want from a christmas cake… on one of my mad christmas dashes through Sainsbury’s I managed to secure myself a jar of their Taste the Difference mincemeat which also has a little added brandy for that extra special something…

… this cake is essentially as simple as a marmalade cake where all the flavour comes from the jar, except I am adding one or two naughty little extras such as desiccated coconut, grated apple and some divine nuggets of callebaut origine ecuador 70% cocoa chocolate I had left-over from my recent cooking demo exploits… i’m also using my favourite new bundt tin for that ‘christmas wreath’ look and some shocking food colouring for some extra cringle madness! 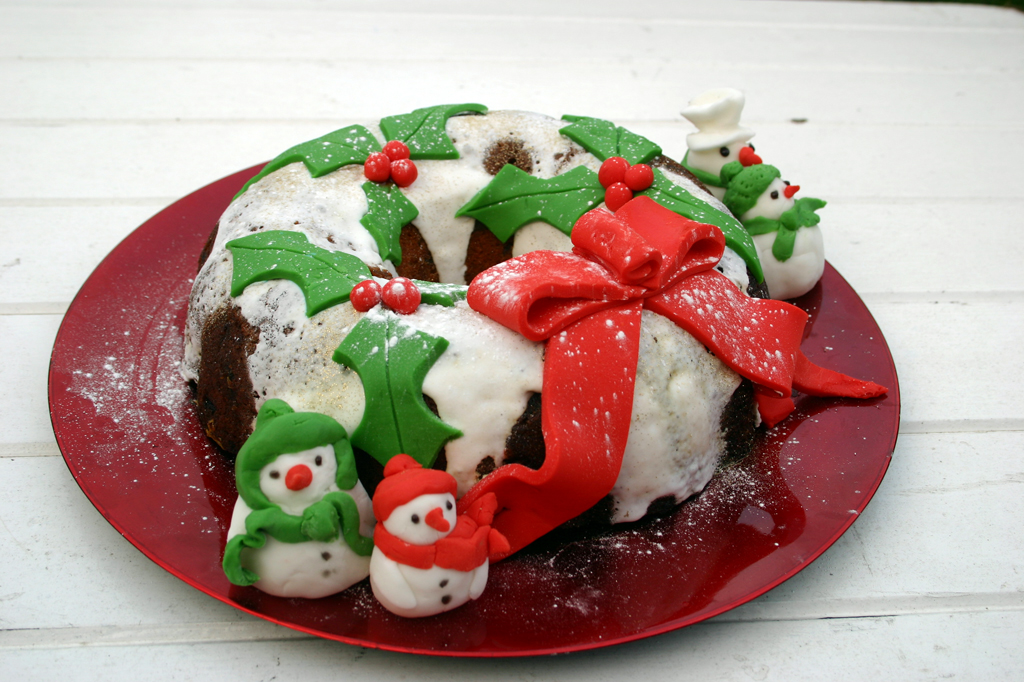 apple, mincemeat and chocolate christmas wreath cake
I did actually find a Delia mincemeat cake recipe which i’ve adapted quite a bit as I didn’t have a lot of the ingredients… I simply swapped them for what I did have, which is just the way I roll…

– pour the filling into the batter mix and gently fold in 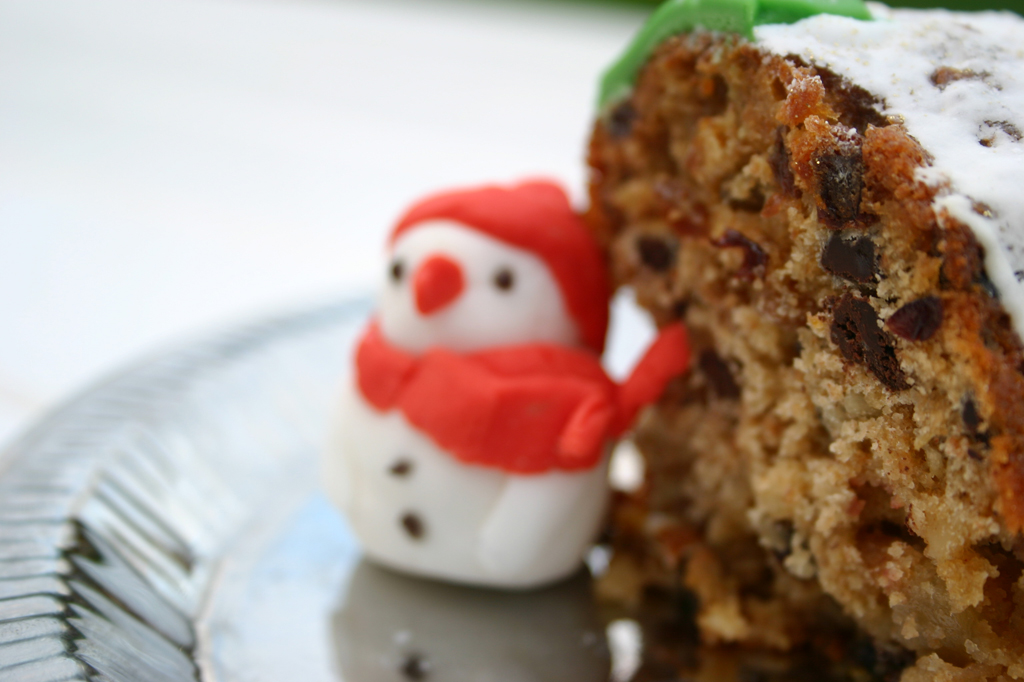 – get creative with the topping… I used a simple icing sugar and egg white icing and then went a little crazy with some green and red coloured icing… oh and then The Viking got in on the act and made the most adorable snowmen, each one with their own particular character… they’re currently living in our fridge because it reminds them of home… I may let them come out on Christmas Day for some turkey… 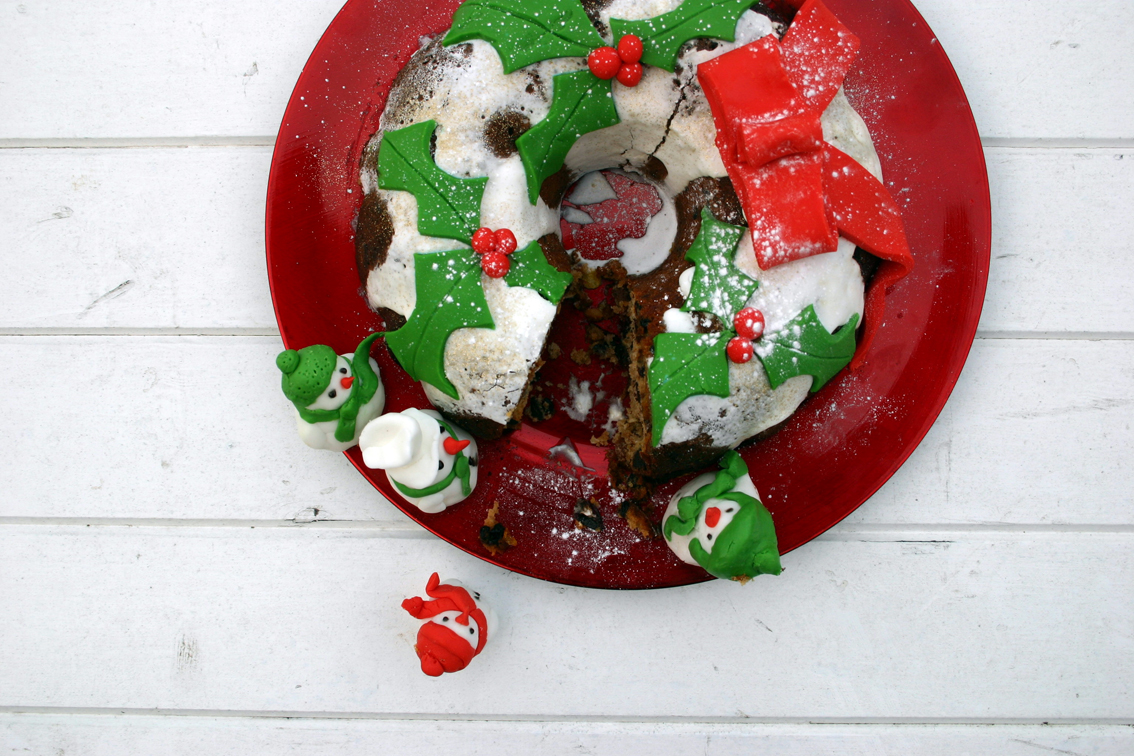