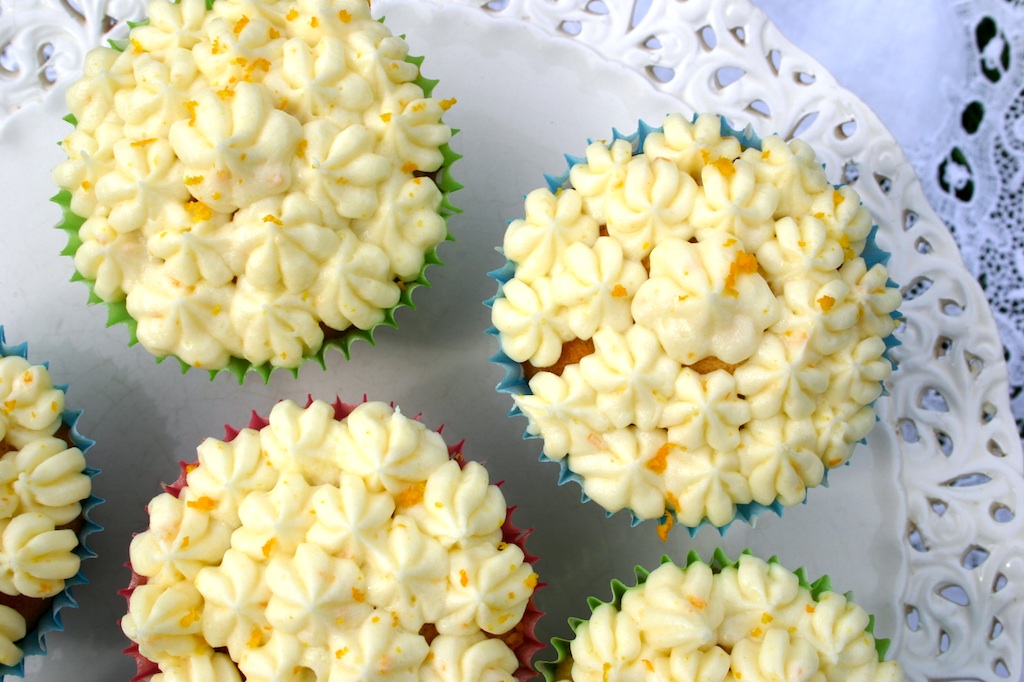 … I just can’t help my sweet tooth and i’m trying this daft 5:2 diet that seems to be the latest fad, where you eat normally for 5 days a week and then fast on 600 calories only for the other 2 days but i’m not entirely convinced that cake comes in to either of those days… shame really… I used to have much stronger self control but I guess that must go with age too… and you know me, if I don’t see result instantly I get bored very quickly…

… i’ve never really had huge success with pretty little cupcakes and again, I think this is all about patience and self-control… one just assumes that because they’re so easy to make it stands to reason they’d always be successful… which we all know is not the case but today I had a little time and so using my trusted ‘weigh the eggs’ method I casually made these cupcakes… the added extras are my own invention which I very carefully included, step by step so that I could keep a check on the consistency and I did the same for the icing which I wanted to be thick enough to hold its shape but still include the yoghurt and honey… and I must say i’m very pleased with the results… and if you don’t want to indulge in the icing the cupcakes are divine without… 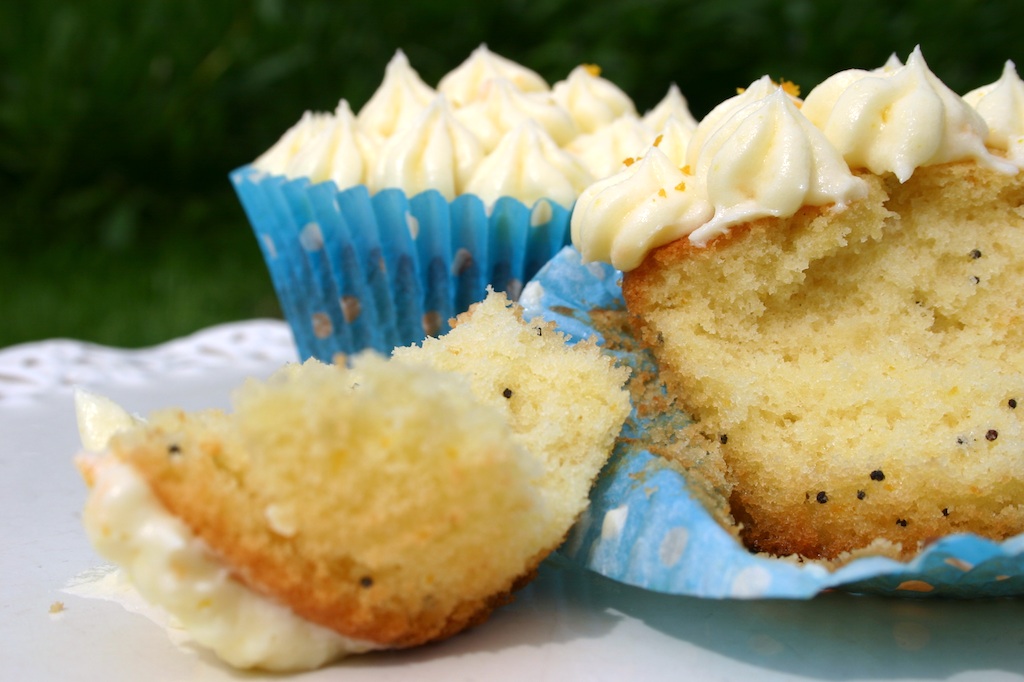 orange and yogurt poppyseed cupcakes with orange blossom honey and yogurt buttercream icing
using yogurt in cupcakes is a revelation to me as they make them so light and fluffy, it works really well in the icing too as it reduces that over-sickly sweet sugary taste just a little… as you know by now i’m really not a master icer but I think this little sugar-gem technique works rather well and creates a simple yet pleasing effect… these cupcakes are regular muffin-sized and I got 16 out of the mix… you’ll get a lot more using smaller cupcake cases… 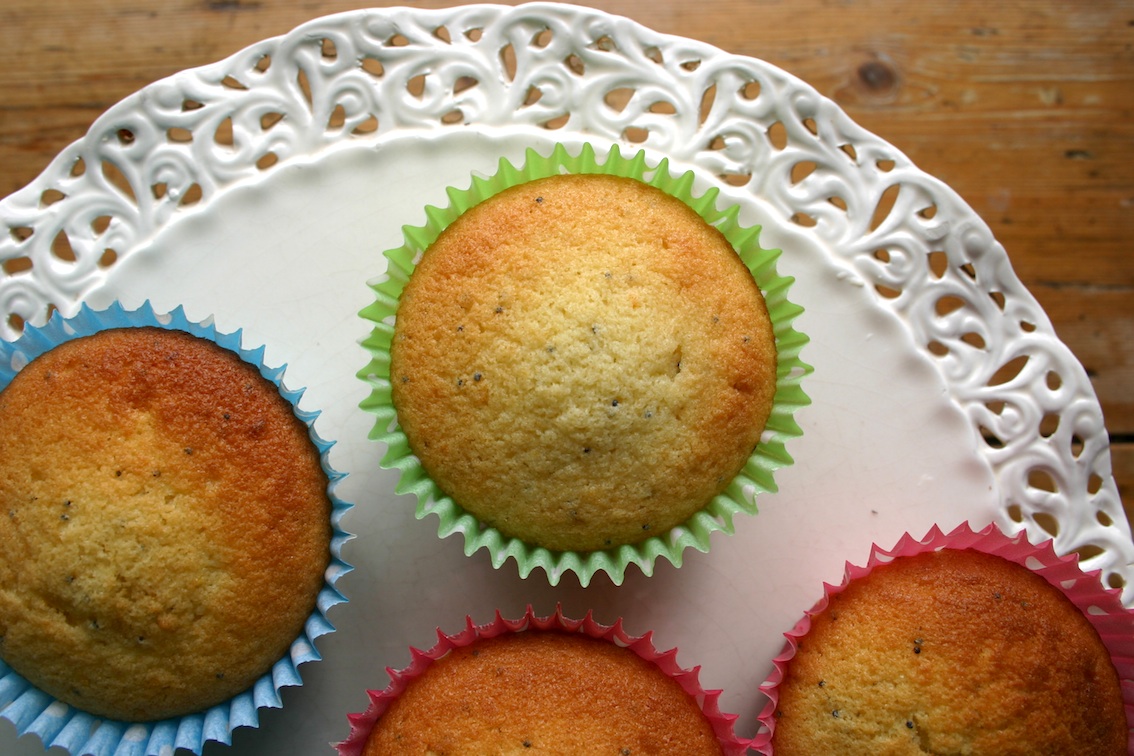 – in a large bowl, cream the butter and sugar till pale and fluffy

– beat in the other egg along with the other tablespoon of yogurt, the rest of the flour, the orange zest, orange essence and poppy seeds – mix till thoroughly combined

– in a large bowl, cream together the butter, honey and half the sugar then mix in the remaining icing ingredients until thick and creamy, add more icing sugar to reach the desired thickness for piping then refrigerate until ready to pipe