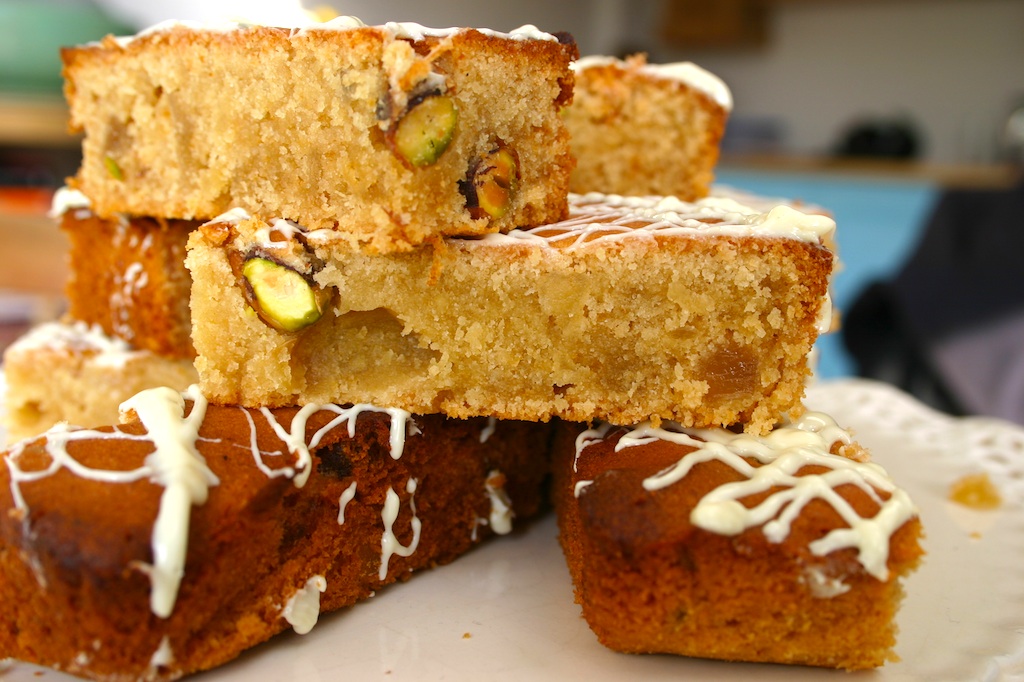 … plus I still have just enough time to eat and I have this stunning pot of manuka honey with root ginger sitting on my kitchen shelf, sent to me by the very lovely folk over at the New Zealand Honey Co and i’ve been pouring through the cookbooks trying to find a recipe but there was really nothing that I wanted to do… as with the manuka honey with lemon I wanted to create something that really holds the flavour of the honey without masking it with too much fuss and nonsense and so I thought a simple tray bake using the honey instead of sugar… i’ve included some yummy crystalised ginger which really brings out the ginger in the honey and i’ve added some whole pistachios as I think they add a little eastern promise to the whole thing… 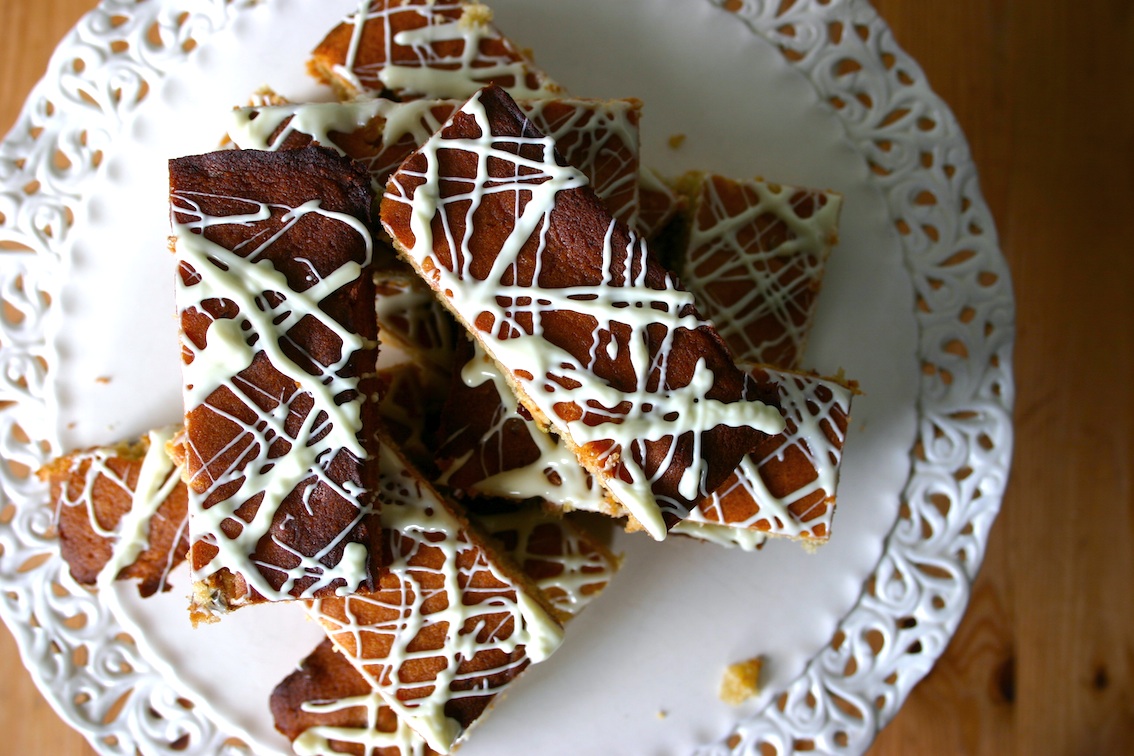 manuka honey and root ginger blondies with pistachio nuts
i’m not sure these can be truly called blondies as I forgot to add the white chocolate in the cake batter, so as you can see i’ve drizzled it on top… they do have that intense buttery aroma that you only get with blondies and I have to say they taste absolutely stunning… so as far as i’m concerned they’ll keep their name…

– add the egg and beat in

– add the flour and baking powder and beat in

– add the ginger and nuts and mix in

the New Zealand Honey Co honeys can be purchased pretty much all over the world and at ASDA, MORRISONS and Waitrose in the UK