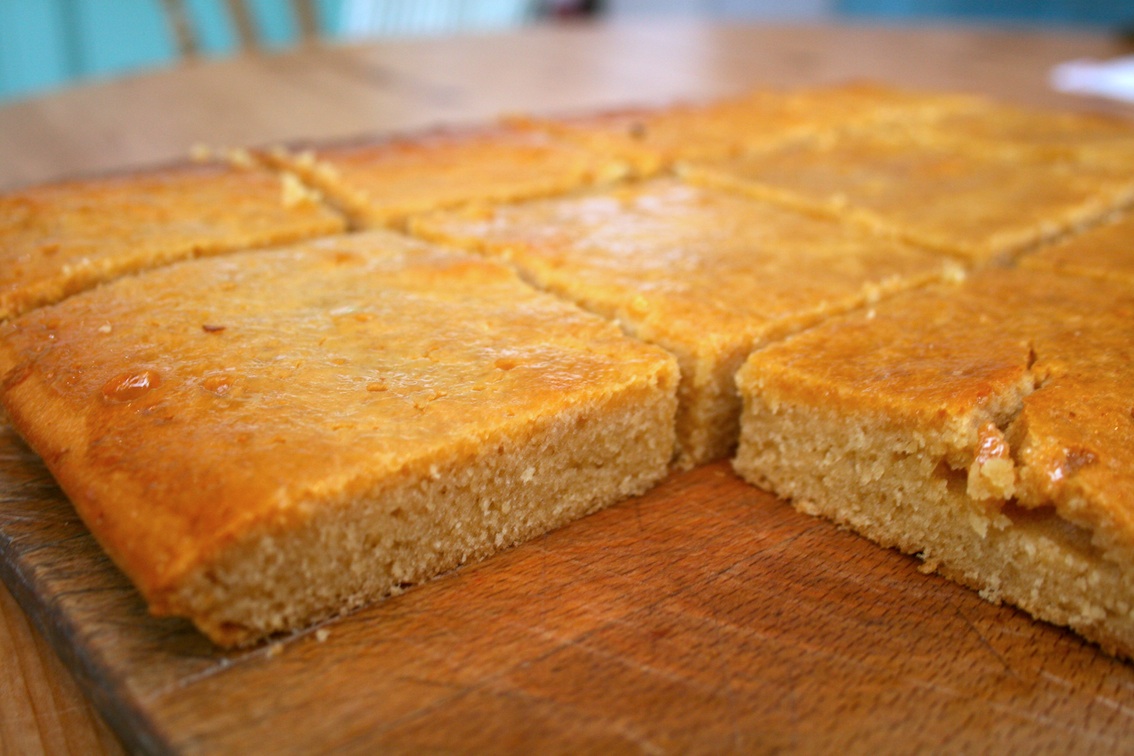 … The Viking has been talking about how incredible it was for years, it’s a family legend, the recipe lost for ever… that is until we found it! We’ve been doing a major clear-up at Belleau Cottage, from the rafters down and The Viking is a real horder… there are so many boxes of stuff I cannot begin to tell you… it’s  wonder the loft ceiling hasn’t collapsed with the weight of all his boxes… however, after days of sifting through the swathes of paper I heard a cry from above… ‘look what i’ve found’… and there it is, on a dog-eared, tatty piece of paper, in her own hand-writing, the recipe for ginger parkin… there’s also a recipe for her white bread, which i’m told was like ciabatta-type clouds of heaven, but that’s for another post… 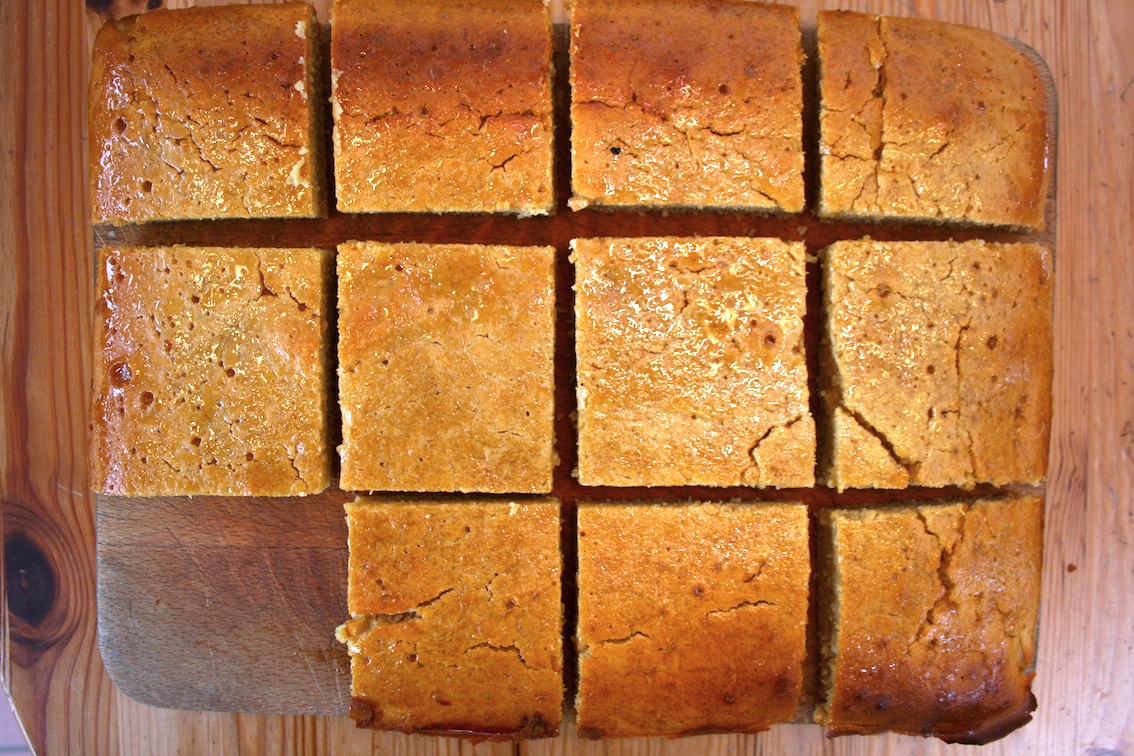 – put flour, sugar and ginger in a basin

thats it for instructions… I used Golden Syrup and went for the 1 egg/ half a pint of milk option.  I substituted butter for lard and I also drizzled with a little more golden syrup once it came out of the oven… and used a baking tray to bake it in… it went into an oven on 160C for 40 mins… The Viking says it tastes lovely but insists his mum’s version was darker and gooier… it could be because she used treacle instead of golden syrup so I may give this a go next time…

… I also added a thimble-full of whisky into the batter mix… for two reasons… firstly because I need a W to enter into this months AlphaBakes hosted by Ros from The More Than Occasional Baker and Caroline from Caroline Makes and secondly because, well, heck… whisky and ginger are a perfect partnership and who needs an excuse…