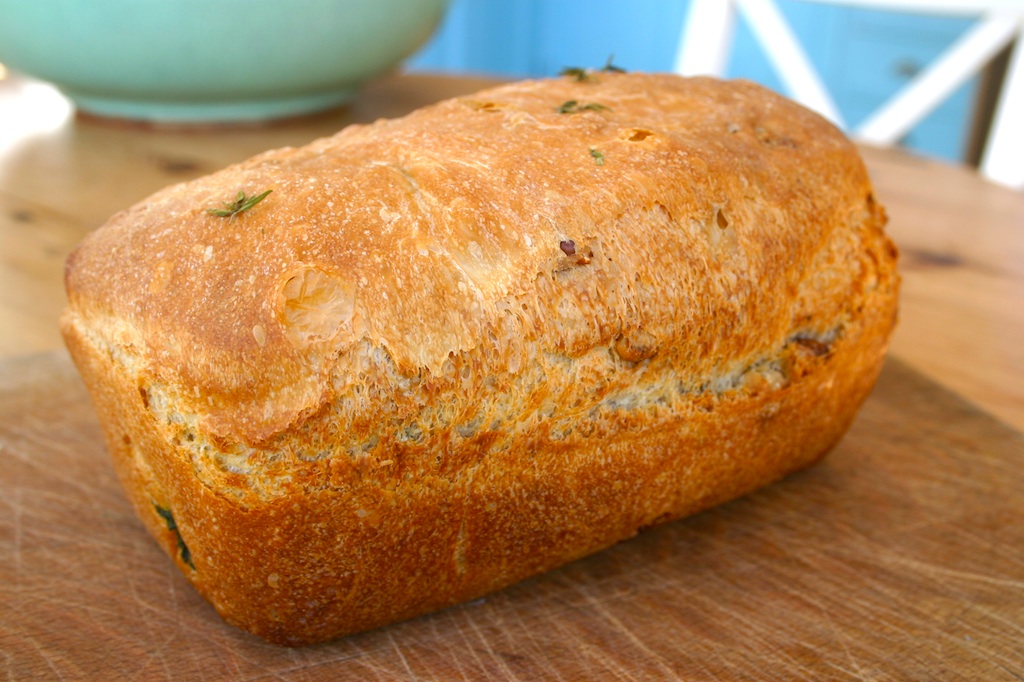 … The Viking is obsessed with foraging, so much so that he’s now taken to carrying Alys Fowler’s brilliant book The Thrifty Forager around with him when he goes out for walks… there’s nothing wrong with this per-se its just that it means he comes into the kitchen with the odd bit of foraged leaf and tells me to get creative… so far so safe… I feel more than happy about working with what nature brings me… it’s when he brings me some deadly nightshade that I reckon I have to start worrying…

…the very good people over at Richmond Towers sent me two un-branded olive oils to taste… one was a divine premium, single variety, Extra Virgin Olive Oil from Andalusia in Spain made from the eponymous olive Hojiblanca which has deeply grassy notes and a wonderfully rich, fruity aroma, the other was a nasty piece of work made from processed cardboard, as far as I could tell, with added olive oil for ‘flavour’… it is incredible what producers get away with and even more incredible what we, the consumer fall for… and no, it has nothing to do with price, both bottle retail at the same price in supermarkets… 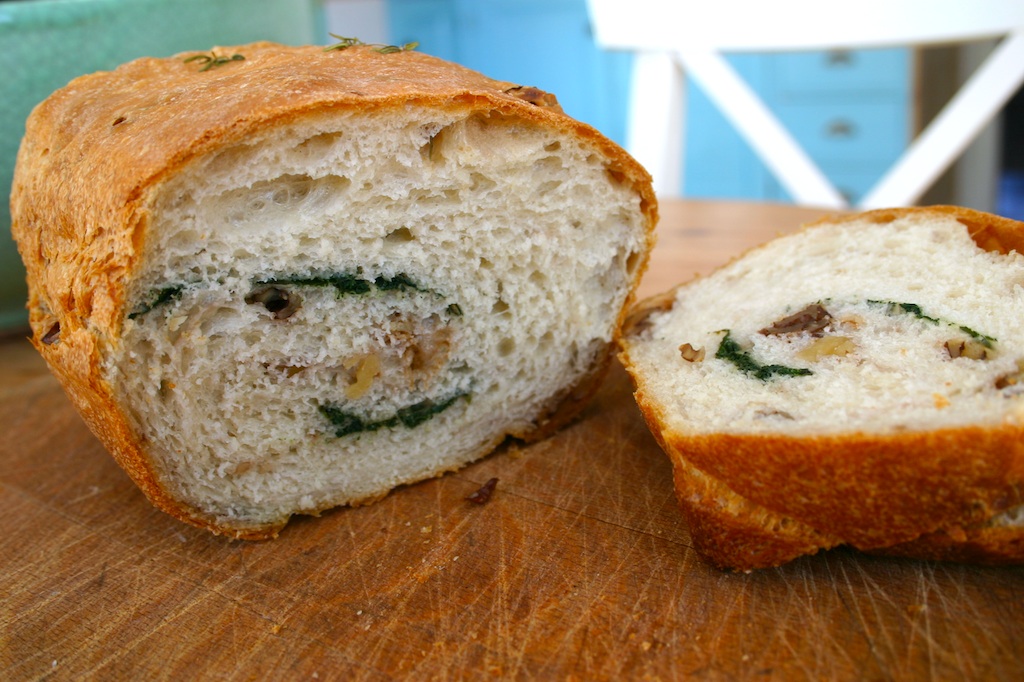 nettle, walnut and ground-elder bread with herbs and hojiblanca extra virgin olive oil
i’m using the low-knead method again here which has quickly become my bread making method of choice… if you haven’t tried yet you really must!

– carefully pick your nettle with rubber gloves, you want the top 4 leaves off each plant, wash them thoroughly along with the ground-elder and then boil them for 5 mins in a little vegetable stock, drain, squeeze out the excess water and spread them out to dry a little

– place the flour, yeast, salt and water into a bowl and bring it together with a rubber spatular until its a shaggy mess, cover with a tea-towel and set aside for 10 minutes

– after 10 minutes, take your olive oil and drizzle a tablespoon over your work surface, then, using the palm of your hand, spread it out.  Tip the sticky dough onto the oil, use the spatula to clear the bowl as much as you can then drizzle some more oil into the bowl and wipe the inside of the bowl with oil

– knead the bread for 8 ‘stretch-and-heel-and quarter-turn’ kneads… you should already feel the dough has risen and is quite quite soft, it should almost be difficult to make the final knead… cover with a tea-towl and set aside for 10 minutes… repeat this 2 more times

– after the final low-knead, place it back in the bowl, cover and put the bowl somewhere warmish for an hour or until doubled in size

– after this time, oil your surface again, tip the dough out and spread it our into an oval shape

– now roll up the dough containing the nettles inside and place it into a pre-oiled loaf tin, place this in a warm place and let it rise again for at least 45 mins 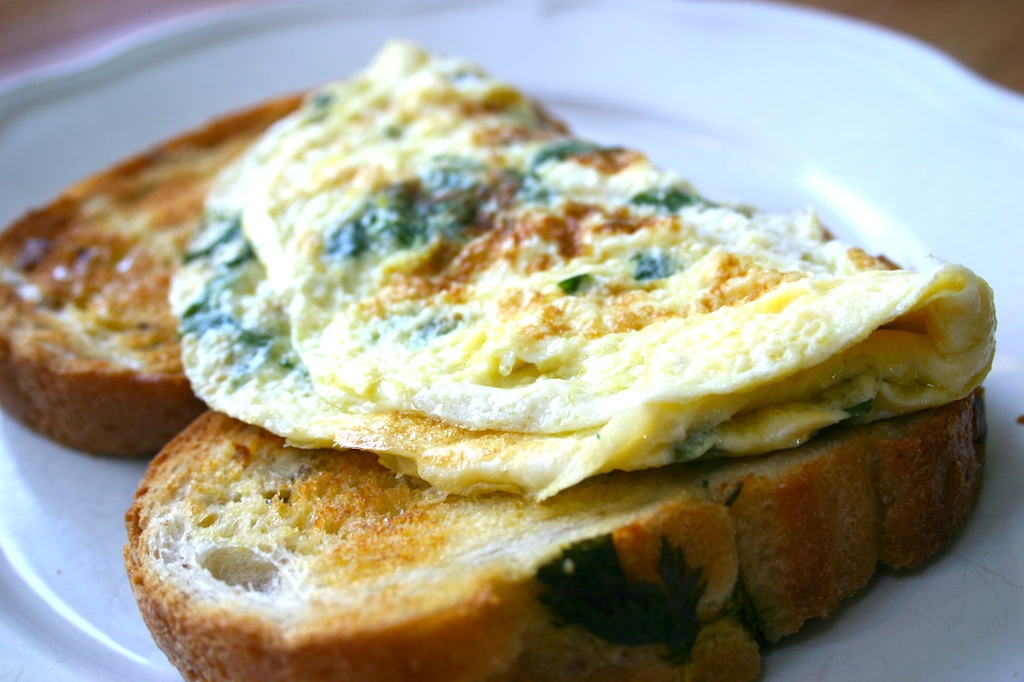 … I also made a lovely ground-elder and nettle omelet which I served on the toasted bread… a foragers feast!