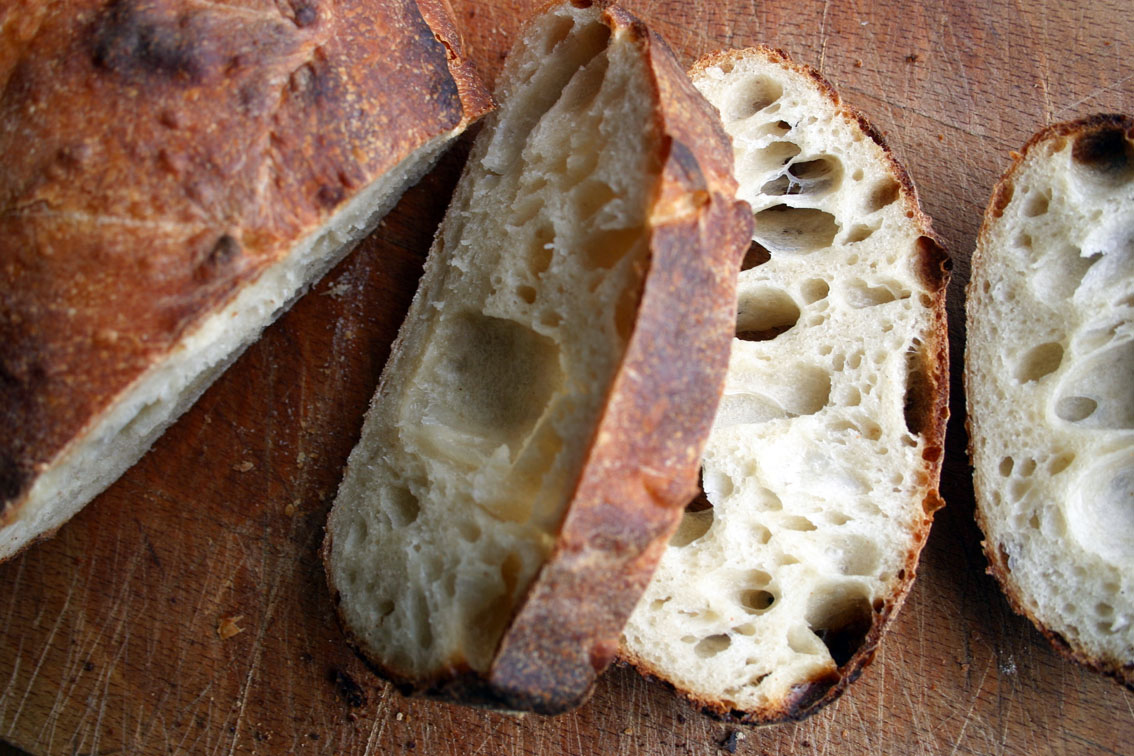 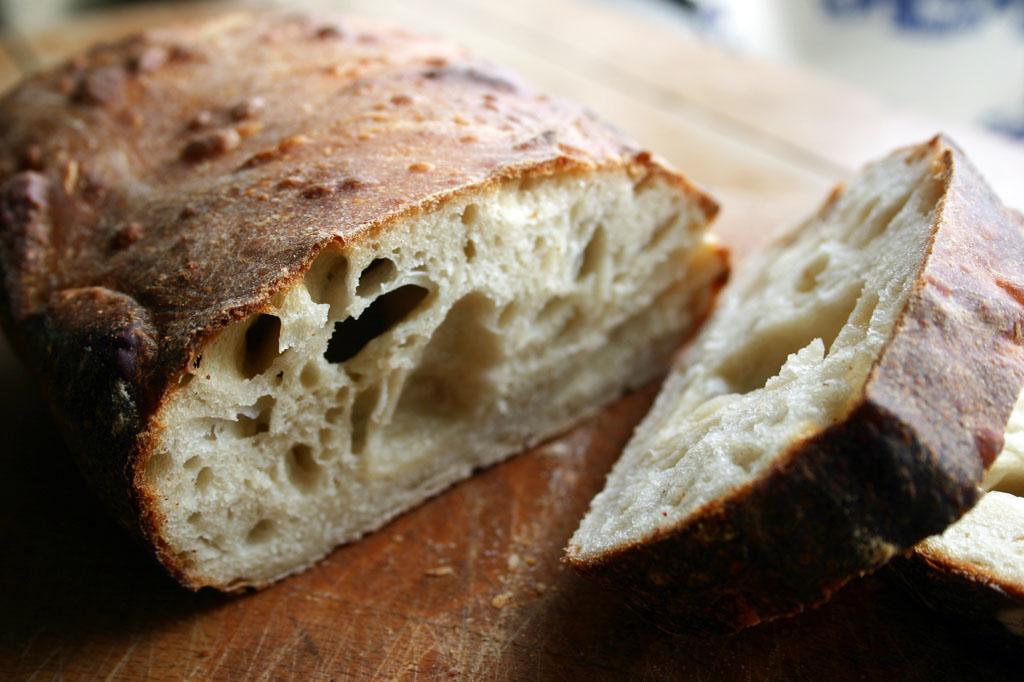 I used 100g of the Mother starter made up from the wonderful NZ starter that Lucy sent me… and then essentially used a basic white loaf recipe using 275g of water, 500g flour, 1 tablespoon of honey and 2 teaspoons of salt.  I also used a classic ‘no-knead’ method which I have found to be so easy to do now… and the only other thing I did that was slightly different was place a roasting tin full of water into the oven prior to baking the bread which created a lot of steam, which I think is responsible for the fabulously aerated rise… anyway, the results speak for themselves… joyous!
if you’d like to purchase you’re own NZ Sourdough then check out this site