… i’m very proud to say that I have been commissioned to write a series of articles on Lincolnshire Food Heroes for Lincolnshire Life Magazine.  The first of which comes out in the February edition, which should be on the shelves this weekend.  Here is a sneak peek for those of you not in Lincolnshire… 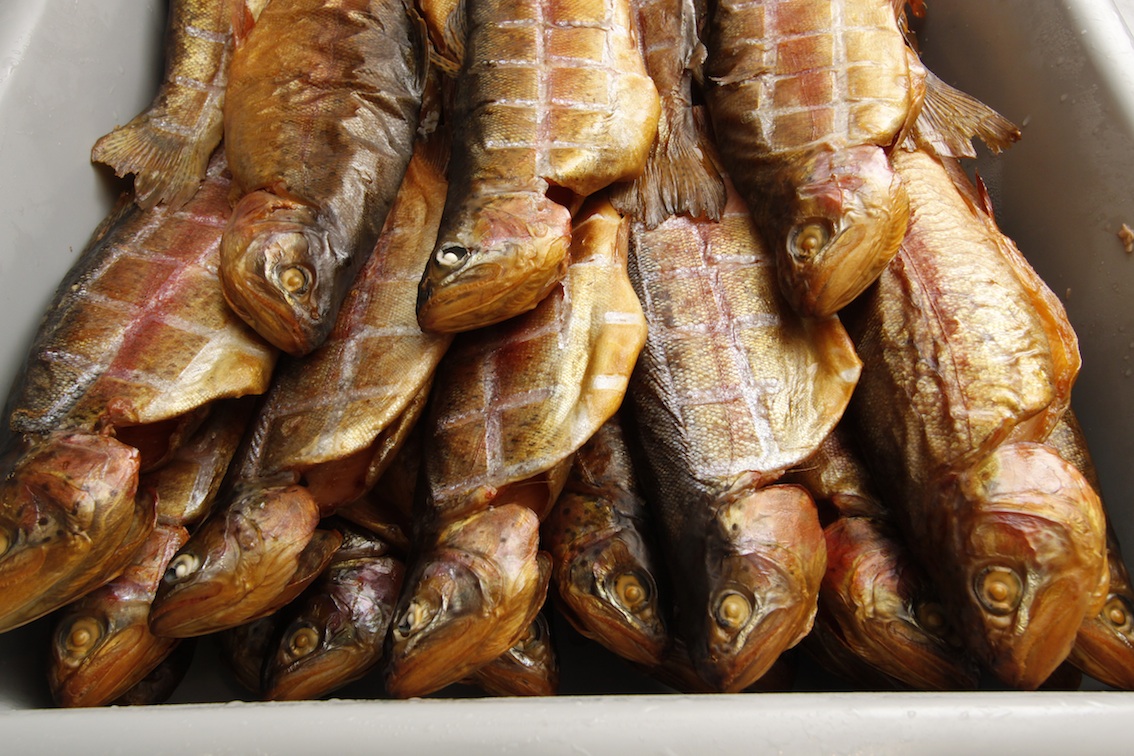 Belleau Smokery
words by Dominic Franks
photography by Dave Moss
Food lovers and particularly food writers will often wax lyrically about ‘local’. In fact over the past few years it has become a little over-used and whilst the sentiment is there, for many of us it is nigh on impossible to shop exclusively locally.  It is often impractical, let alone expensive. I am guilty of using the word myself, however one of the many glorious things about living in the heart of the Lincolnshire countryside is exactly that, being at the very pulse and life source of the produce that eventually makes its way to your table.
Belleau Bridge Trout Farm was established in 1975 supplying live fish for restocking reservoirs, waterways and rivers for anglers.  The Smokery itself was formed in 2008 to run alongside the live fish business and is a dream come true for Simon Harrop, 3rd generation fish farmer who runs the business with his wife Ginny and the farm could not be more local for me as it is quite literally on my doorstep.
I met with Ginny on a cold, rainy December afternoon, not the most evocative kind of weather for viewing a trout farm but I quickly learn from her that the farm never stops working, apart from a few days over Christmas, as the trout need constant attention; from receiving the eggs which are purchased in the USA via the internet to the hatching, to the final gutting and gilling.
Ginny had originally studied catering and business studies at Leeds and had a successful career in property PR but in answer to the recession she and husband Simon started the smokery business.  Her dedication to creating the perfect smoked trout saw her spend a week as an apprentice at a smokery in Somerset before finding Malcolm Middleton an expert smoker and designer of a new style of smoke machine who gave them their first smoker.  They took a table at a food fair in Market Raisen and sold out in the first hour! 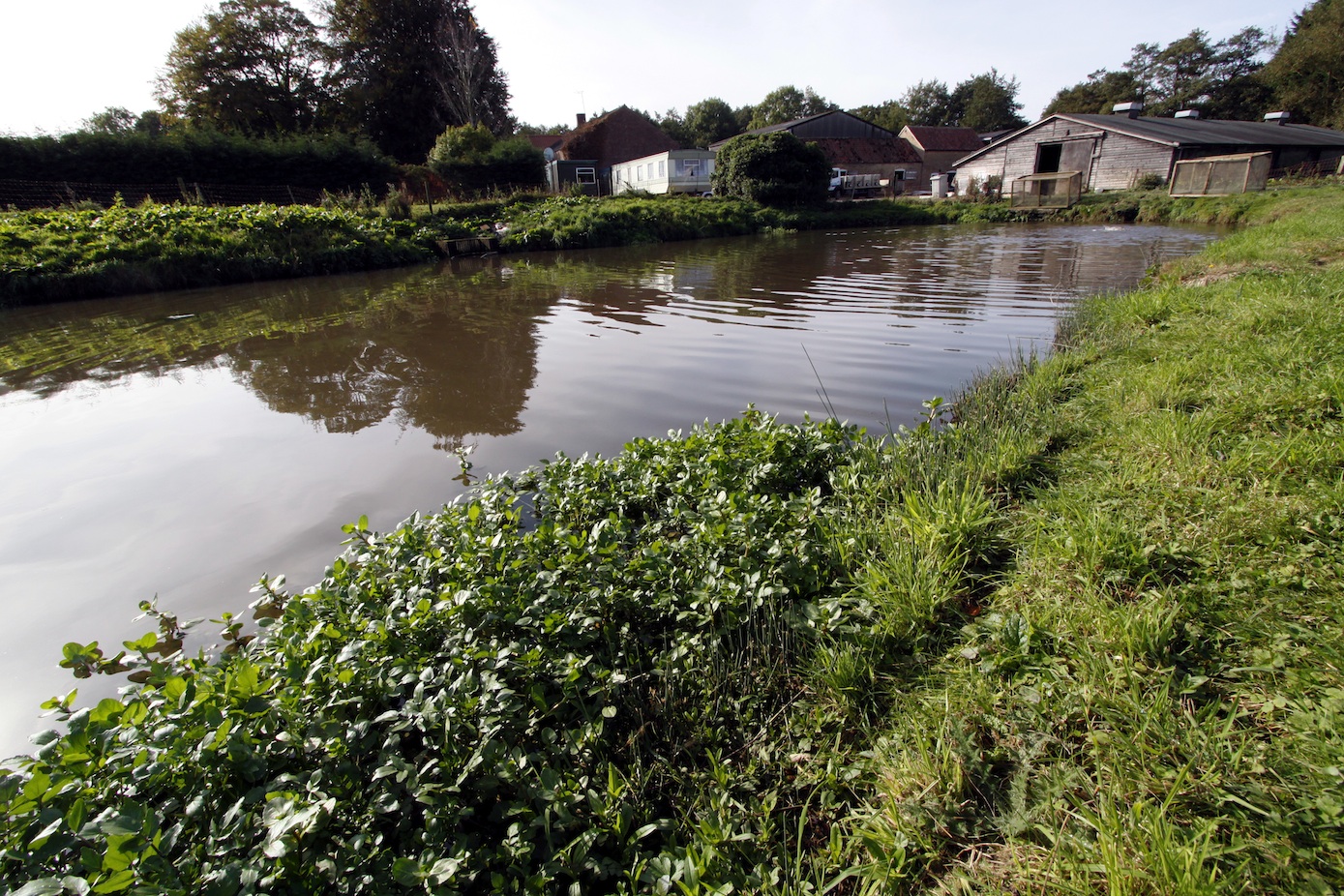 From these humble beginnings they have quickly become one of the largest trout farms in the Britain, supplying not only living trout to restock rivers for fishing across the UK but also fresh and smoked products to local restaurants, hotels and caterers.
For those of you unaware of this hidden part of the County, Belleau, a small hamlet of 12 houses, is situated on the South-Eastern edge of the Wolds, off the A16 between the market towns of Alford and Louth with the Trout Farm nestling in 5 acres of bucolic countryside. 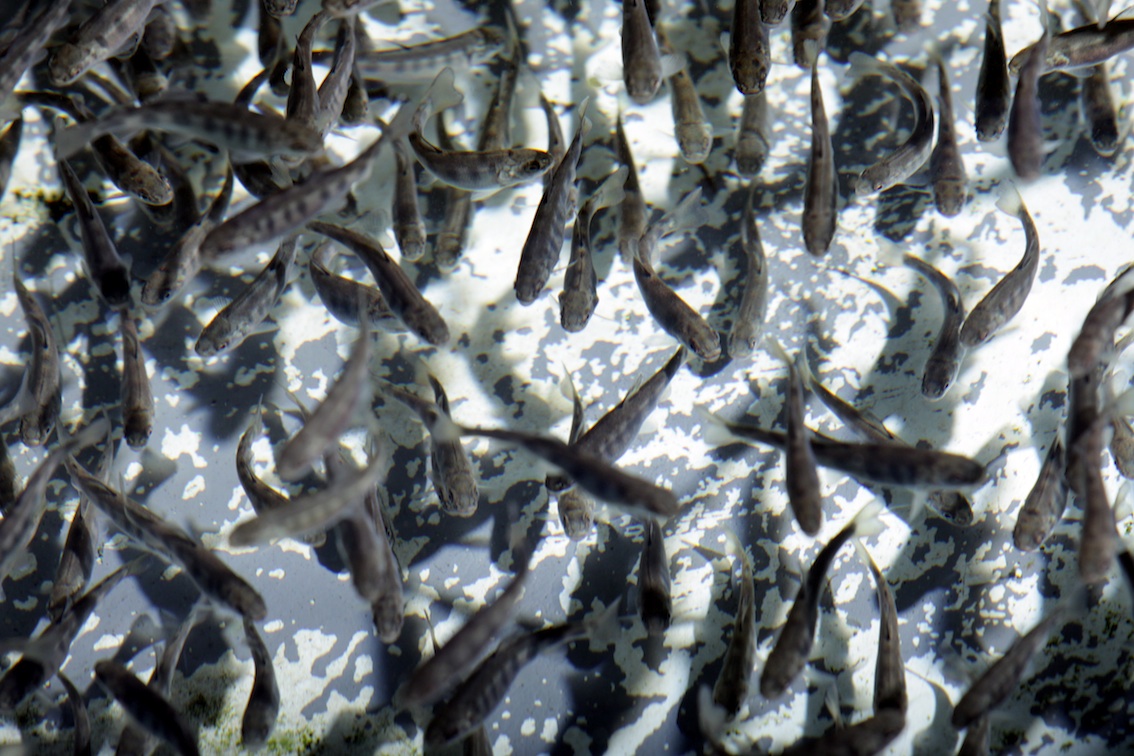 The life of the trout at the farm begins in The Hatchery at Belleau, it is rather unique as it has a gravity fed water system starting with the natural mineral spring pond filtering the water directly into the troughs of tiny pink trout eggs. These eggs are all manually cared for by Simon who picks them over by hand to make sure any empty or dead shells are discarded to avoid contamination to the others.   Once the eggs are hatched they are moved progressively into larger tanks and raceways that are all spring fed.
In fact in the summer of 2007 Simon decided to open some of the original stone raceways first built by his grandfather when they moved from Yorkshire and bought the farm back in the 1970’s.  I have often walked past these raceways myself, always wondering what they were used for and remember seeing Simon that summer, busy clearing and preparing them for use.  Sadly, it was only a few weeks after they had finally opened these old raceways that we had the dreadful floods that decimated the area, ruining many businesses, with rivers bursting their banks and flooding the land.  The Harrops lost thousands of small fish and I even remember a few very large trout gasping for life as they lay trapped in newly formed ponds in the middle of the meadow op
posite my house. 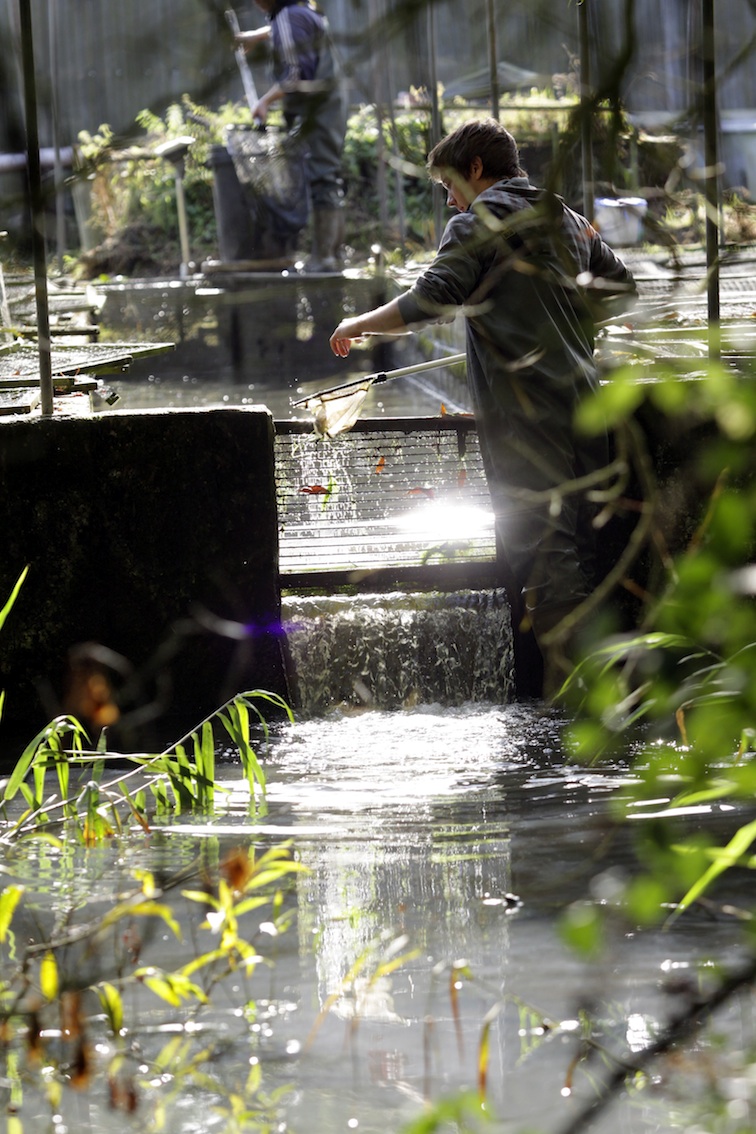 After 3 months in the tanks the trout are then transferred into earth dug ponds and graded by size to ensure they have the space to grow and are hand fed the correct balance of food which is supplemented by the abundance of fresh watercress and the natural flora of the river and spring system.
Once the fish are up to size (it takes approximately 14-15 months for a trout to grow to over one and half pounds in weight) they are again graded by hand and transported in oxygen filled tanks for live delivery to the fishing lake or river. For the smokery the same fish are used in various sizes and are taken to the processing room on the farm where they are prepared for smoking or packed in ice for sending out to the markets, shops and wholesalers. 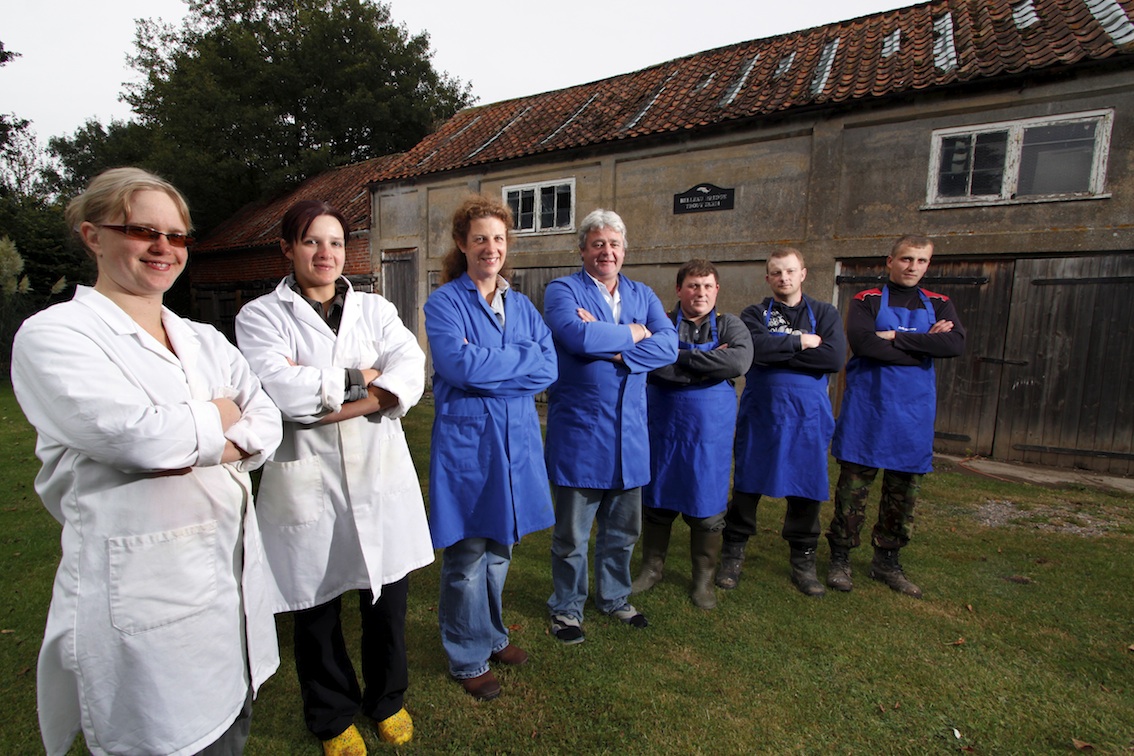 The Belleau Smokery make a small but well chosen selection of produce that can be purchased direct from the farm or via their excellent website and includes such delicacies as Hot and Cold Smoked Trout, Fish Cakes and what I consider their piece de resistance, the Smoked Trout Pate.  The dedication and passion with which the Harrops run their farm is reflected in the quality of this incredible, natural food and should be celebrated as a local produce worthy of a place at your dinner table.
Order direct on-line: belleausmokery.co.uk
I will post a lovely recipe for Smoked Trout Fishcakes in a couple of days