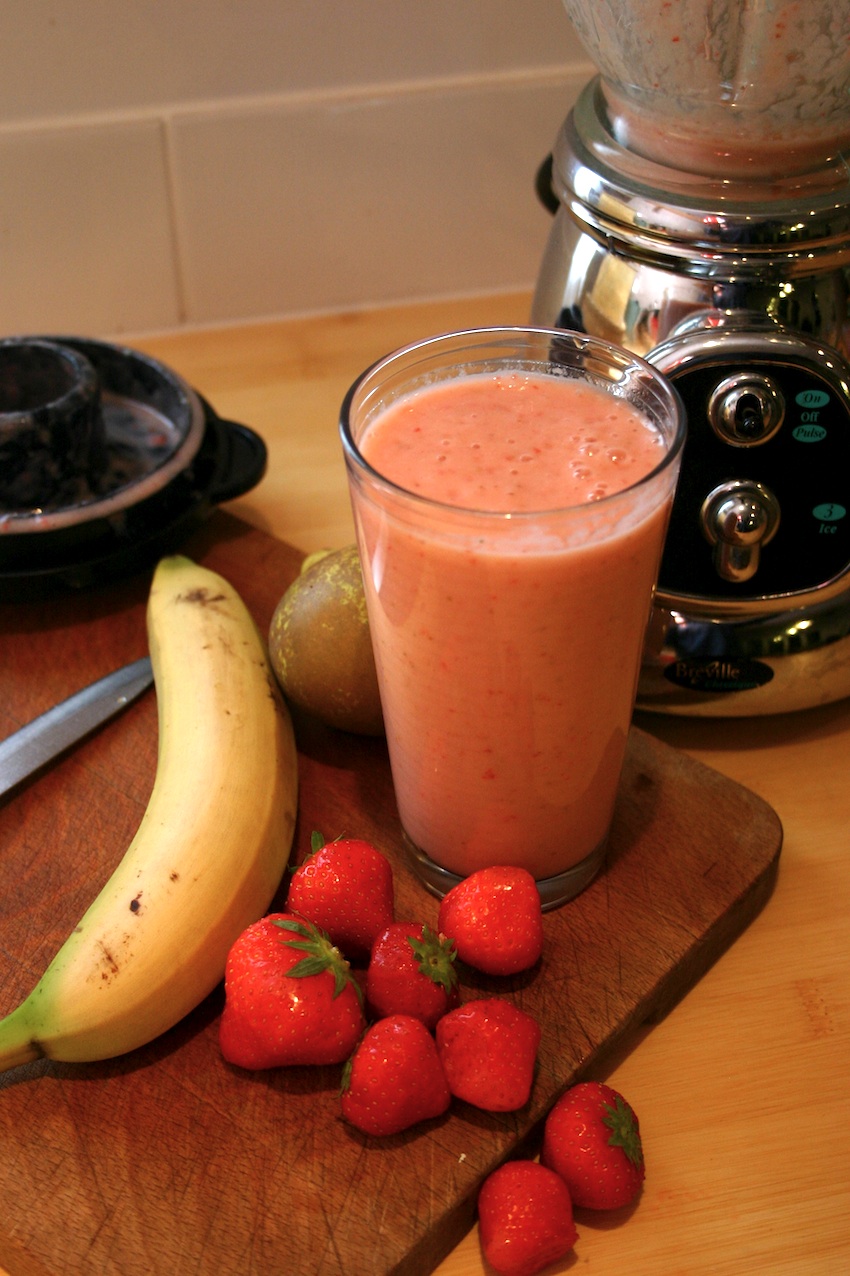 it’s odd because I love a smoothie, I just never seem to make them… but they are a genius way to use up fruit that may be on the turn and they really are very fast to make… I think that in the past I would throw anything in there without thinking about compatibility but I have a feeling it can be a fine art to get something that isn’t just fruit sludge and I believe the trick is not to overload with stuff just because you’ve got it…

strawberry, banana and pear smoothie
I’ve added pear in here as it’s appropriate for the season and it’s really added an extra certain something to this classic and also a teeny pinch of black pepper for a bit of hidden depth… i’ve added a little extra indulgence by using single cream… naughty but ever so nice.

– whizz it all up and drink… did I need to tell you that?