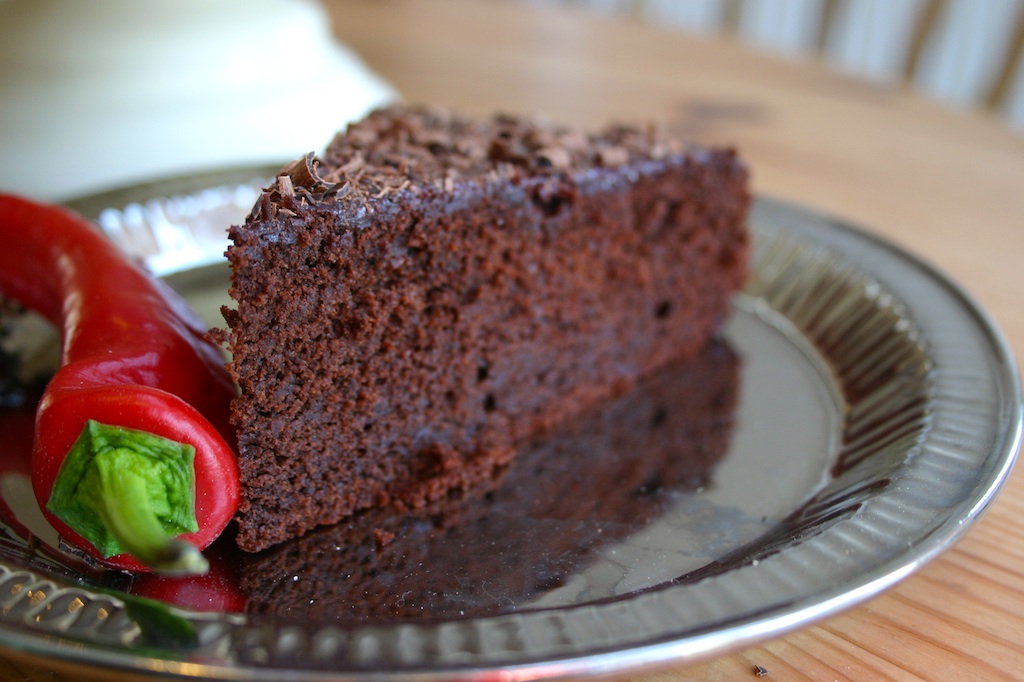 … in the world of food there are some wonderful combinations that, according to Heston Blumenthal have a natural fit on the molecular level. The concept is that if the major volatile molecules of food are the same, they might taste (and smell) nice when they eaten together… thus we get some unusual flavour pairings such as; white chocolate and caviar, caraway and lavender, liver and jasmine and salmon and licorice… there are of course the more classic combinations such as carrot and coriander, pork and apple and coffee and walnut…

… whilst one may think the food pairing of chocolate and chili is a new culinary discovery it does, in fact have it’s root way back in the legends of the Aztec, who used it in a hot chocolate drink…

… it does the most wonderful thing to your mouth, which gently but deeply explodes with richness and flavour and it’s something i’ve never cooked with before.

… this months we should cocoa challenge brings these two ingredients together and I for one can’t wait to see what everyone else brings to the table… i’ve added a third ingredient of orange to the mix, which sweetens the deal and subdues the chili… slightly!… 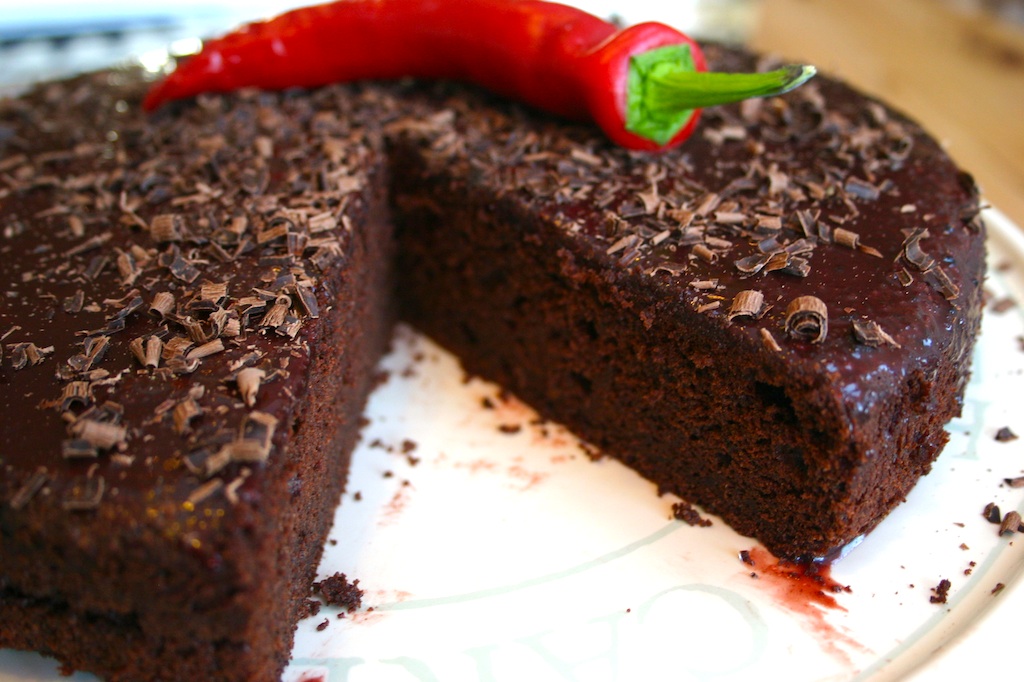 chili chocolate orange cake
i’ve got to say this cake is both dense and moist at the same time… I had some for breakfast this morning and it was heavenly… thanks to Sam Stern at The Guardian for the recipe.
150g plain chocolate½ tsp coffee granules1tsp chilli flakes (or more if you like), crushed with pestle & mortar or bashed with a rolling pin125g butter125g caster sugar5 eggs, separated 75g self raising flour1 pinch bicarbonate of soda1½tsp baking powder2tbsp cocoa powder1tbsp rum or orange juice or water1tsp vanilla essence1tbs water Peel of half a medium orange, finely grated

– Line and grease a 20-22cm tin (springform or loose-based).
– Melt the chocolate by placing the pieces in a heatproof bowl over a pan of simmering water, not allowing the bowl to touch the water. Add the coffee granules and chilli. Let the mix melt then stir with a wooden spoon. Remove bowl and leave to cool.
– Cream the softened butter with the caster sugar in a food mixer or the proper way, with a wooden spoon, until light and white. Gently stir in the cooled chocolate and four egg yolks.
– Sift the flour, baking powder and cocoa powder into the bowl and then add the grated orange rind. Fold the mix gently together with a met
al spoon using big scooping movements. Add the rum, vanilla and water.
– Whisk 5 egg whites until stiff (don’t overwhisk). Add to the mixture by beating in the first tablespoon to loosen the consistency. Then fold the rest in very gently using a metal spoon. Don’t worry if it’s not perfect, as it can be hard to combine the two.
– Pour the mix into the tin and put it in the oven for 45-50 minutes (check after 35 – ovens vary!). To test it, prick with a cocktail stick. It should come out clean. Don’t worry if the top of the cake has cracked a bit – you’ll be icing it up. Remove and place on a cooling rack. Take out of the tin after five minutes and leave to cool. Brush the glaze on while still a bit warm.
– To make the fudge glaze: combine the sifted icing sugar and cocoa powder in a bowl. Melt the butter and water and pour into the icing sugar mix. It may be quite runny but this is only a sweet glaze.
– grate chocolate on the top before serving
eat and of course, enjoy!


… oh and one more thing, i’m off to London tomorrow to be filmed for a new food TV show called Perfect to be shown on the Good Food channel next year… i’ll let you know more next week but needless to say i’m very excited!