these brownies are taken from a brilliant new cookbook by James Ramsden titled Small Adventures in Cooking… well actually it’s been released for a while and has been sitting on my bedside table for the past couple of months, much thumbed through but still waiting to be cooked from …. but as you know…. sigh…

… it’s a really great book, one of those cookbooks that makes as good a reading as it does recipes… lots of lovely little tips and some nice insights into James’ food and cooking know-how… plus of course the recipes are rather special and modern without being too intricate or poncey, which is always nice… including these brilliant brownies.  The original recipe called for vanilla essence which i’ve swapped for rose essence… it’s an unusual choice for which you can thank Choclette, not me or James, but with the aniseed flavour coming from the fennel seeds, the rose adds an “Arabian Nights” underscore…

… they are also the very first brownies i’ve ever made…

… now (sorry, this post is a triple whammy i’m afraid) not content with the we should cocoa challenge or simply reviewing James’ fabulous book this post also goes out to Vanessa Kimbell and her inspired idea Random Bakes of Kindness… the idea is to bake double of what you’re baking and give the extra away to a randomly chosen person who you feel really deserves it… join the revolution on Vanessa’s blog.

… my brownies are going to Tracey, my wonderful neighbour, for no other reason than she’s simply a marvellous person, gave me a door key so I could use her kitchen at the drop of a hat… these brownies were baked there today… and I know she’ll love them!… these brownies are for you Tracey! 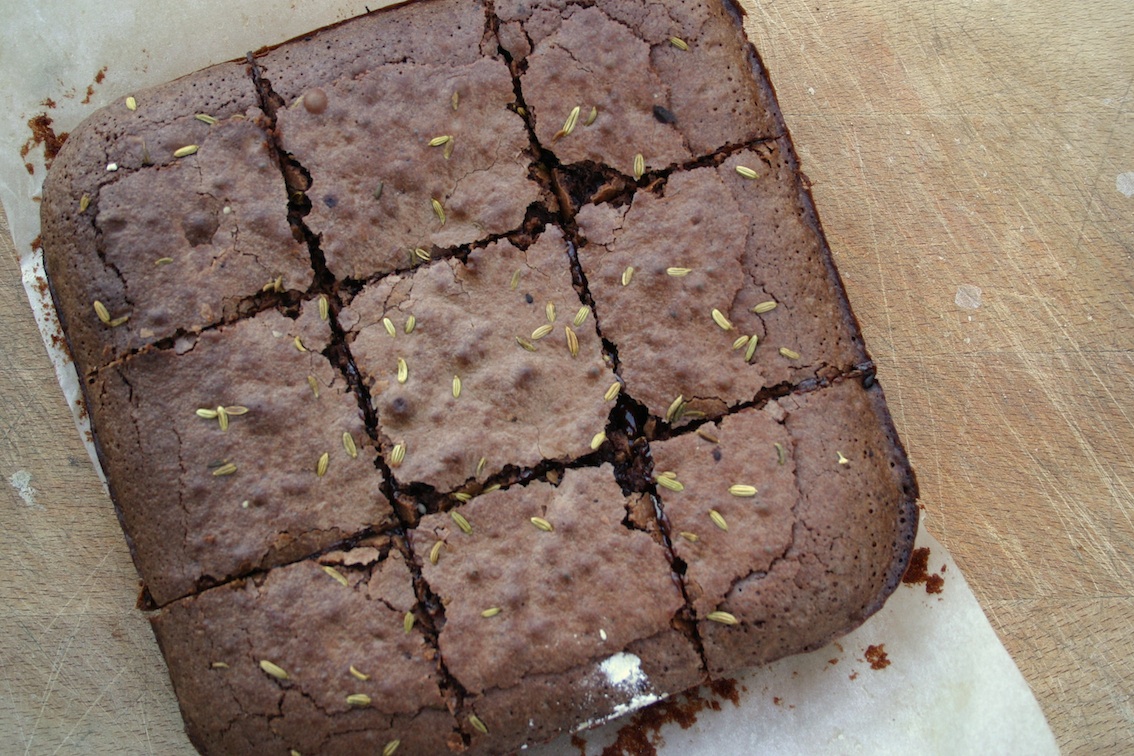 – melt the butter and chocolate together in a bowl, either over a pan of boiling water or gently in the microwave, set aside to cool

– whisk the egg mix into the chocolate mix, fold in the flour and crushed fennel seeds and scrape into the baking tray

p.s…. don’t forget your random recipes you have until the end of the month… i’m going to leave mine till this weekend as i’ve been PROMISED that my oven will be in!… (probably end up picking a salad knowing my luck!) 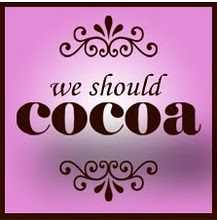 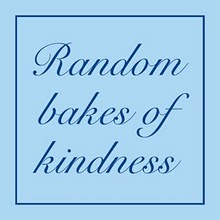